A Birchington 12-year-old’s first time attending a gig turned into an epic experience when the 3,000-plus crowd began chanting his name under the guidance of Elbow lead singer Guy Garvey.

Finlay Chang was at the Hammersmith Apollo concert with dad Mike when Guy singled him out of the crowd to ask his name.

When the singer heard how old Finlay was, and that he was at his first ever gig, he led the crowd in singing the youngsters name before breaking into hit One Day Like This.

And the surprises didn’t stop there for the King Ethelbert student who was then given band member Alex Reeves’s drumsticks and got a surprise call to go live for a chat on Zoe Ball’s radio show.

Zoe, who presents the breakfast show on Radio Two, had been at the gig and was desperate to get Finlay on the show. 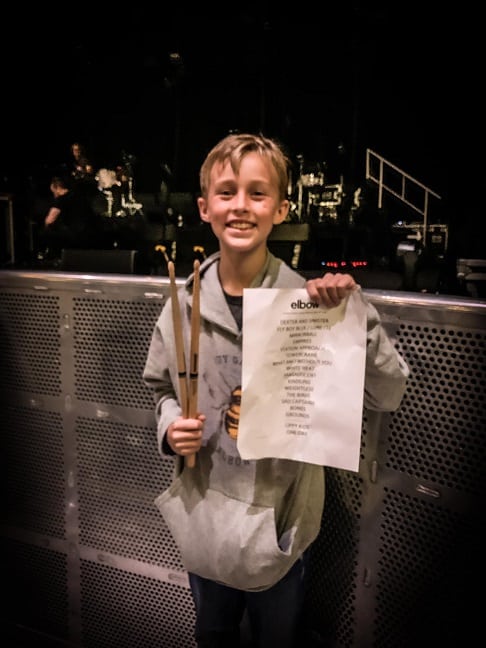 The youngster chatted to her about the gig and said he gave it a 10 out of 10 rating.

His dad Mike said: “ The tickets were originally bought for his birthday last year but the gig had to be re-scheduled a few times because of covid.

“I’m a massive Elbow fan and Fin has grown up listening to them so seemed fitting that that should be his first gig.” 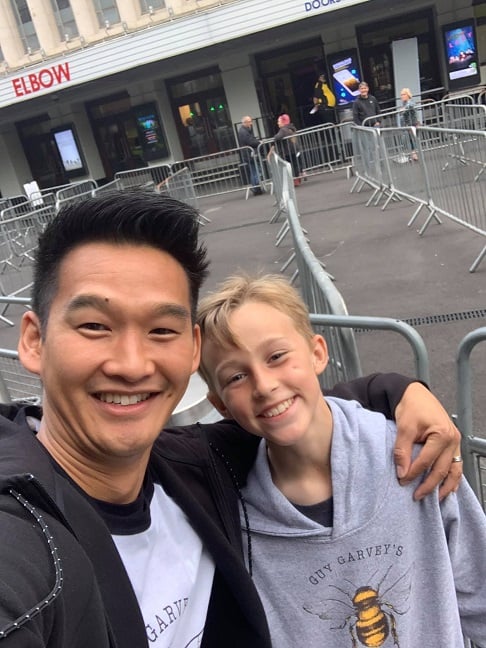 Delighted Fin added: “The day of the gig I was excited but I didn’t think it would end up with the whole auditorium singing my name. It was the best night ever and I don’t think anything can top it. It was very nice of Guy Garvey to do that and for Alex Reeves to give me his drumsticks. If I could go back in time I would do that over and over again.”