Westgate stalwarts Lorraine and Richard Hambidge are attending a Macmillan Coffee Morning today (September 25) before moving to the Midlands.

The couple have been involved in numerous projects for Westgate including creating Remembrance displays, heading up the Scarecrow Festivals and  Lorraine’s work sewing to help our NHS with PPE during the pandemic and sewing personal cushions for cancer patients at QEQM.

Last year Lorraine was named as one of The Isle of Thanet News’ 2020 heroes for her sustained efforts to help others through the pandemic.

In 2019 the couple were named as the town’s local heroes and switched on the Christmas lights.

Lorraine and Richard  were at the helm of that year’s Paint The Town Red poppy and sculpture trail.

His son Colin Hambidge was one of the war’s fallen and his name is on the town’s War Memorial. 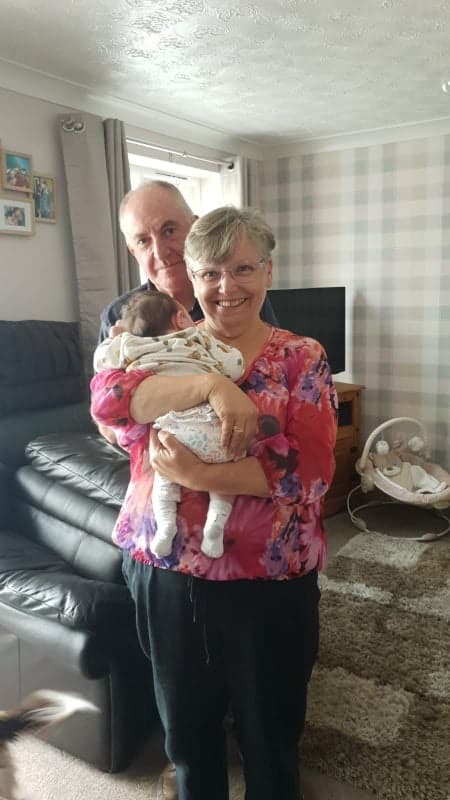 Bill’s other son, Dick (Richards father) was a sign writer and wrote, in gold leaf, the Memorial boards in the church and the United Services Club. Dick was also well-known for his contributions to local history articles about Westgate.

Lorraine said: “We decided to bring our retirement forward and be near our family. We have bought a beautiful house in a village around Stoke-on-Trent with a 300 foot garden. Plus its very community based, I joined a craft group three years ago there. We will be back visiting our friends and still have a bolthole here.”

The Macmillan Coffee Morning is being held at The Lodge, 64 Westgate Bay Avenue, from 10am to 12.30pm. Lorraine and Richard will be there until 11am.