Cliftonville Farmers’ Market will return this month to celebrate its 20th anniversary but there is a change of venue,

The market will run on the Walpole green in Palm Bay Avenue, near the Coastguard station, this Sunday (September 26) from 10am to 1pm.

The one-off event has been given permission by Thanet council.

The market, will round off the day with a concert featuring Brad Pittance and The Pirates. It was originally planned for the Oval Bandstand, in memory of Keith Chadband, who organised and ran all the band concerts for 21 years.

Volunteers will be manning the concert and Brad will be playing from 2pm-4pm.

For the past almost two decades Cliftonville Farmers Market has taken place at The Oval Lawns and Bandstand. But last month the event was cancelled by the new site owners who said they had not been provided with the information needed to issue a market operator’s license. 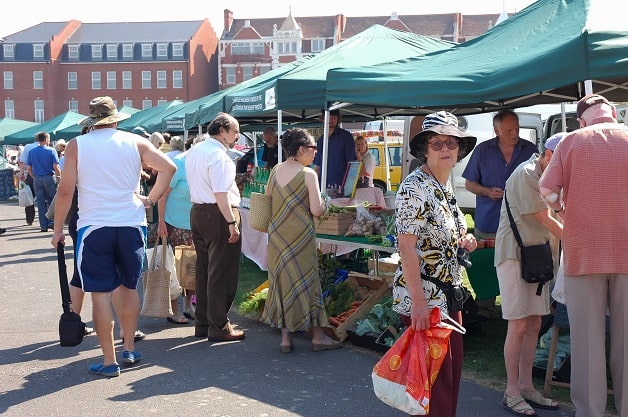 The freehold for the Oval Bandstand and Lawns in Cliftonville officially transferred to GRASS Cliftonville CIC from the local authority in July.

The site had also been the setting for the volunteer-led farmers market which was established by June Chadband and her late husband Keith and Cliftonville Residents Association (CRA) in September 2001.

The farmers’ market says it is now looking for a new home despite having had the necessary Public Liability Insurance and risk assessments and hygiene ratings for food producers.

June said: “Little did we realise when we held our first market in September 2001, with just six stalls, that we would still be here 20 years later. We are the third oldest farmers’ market in Kent.

“We have won nine prestigious awards along the way, three Pride in Thanet Awards, four for Produced in Kent’s Best Farmers’ Market  and two with Kent Life Food & Drink Awards, ‘Farmers’ Market of the Year’ the last being in 2019 before the pandemic.

“It has taken place through, wind, storm, and pandemic and, until August this year, had only been cancelled twice through inclement weather.

“It very nearly did not survive the deluge of paperwork, rules and regulations, threatening solicitor’s letter, threat of an injunction and cancellation of the August market,  imposed by new landlords GRASS Cliftonville CIC.

“We are still, in effect, ‘homeless’ and hoping that Thanet council will find us a new site for the future continuation of our very popular market It is quite a milestone for a community group of volunteers to reach this special anniversary.”

Over the two decades the market has attracted crowds of visitors, including some from the ‘celebrity’ world.

June said: “We had Paul Hollywood’s bread sold at the market with sometimes Paul himself selling it. Timothy Spall, television and film star, ‘Auf Wiedersehen Pet’ and Mr.Turner, to name a few, visited on a few occasions with his mother who lived in the flats opposite.

“Pete Doherty, from The Libertines, has also shopped at the market.”

The event has become a family and stalwart volunteer effort.

June said: “When my late husband Keith, who was the CRA’s Chairman until his death, founded the market with me and Cliftonville Residents Association, we did not have any grandchildren.

“Now, our two 19 year olds and 16 year old, all students, help with our sons and Gary to prepare the market each month and I even have the two youngest – 11 and 9 – ready to help when they are older.

“We could not run the market without their help and we thank them. We would also like to thank Maureen and Hazel, committee members, who are there every market day to give assistance.

“I personally, would like to thank Ann Smith, CRA treasurer, who has never been involved with the market, but has stepped up to give support to me over the last 10 weeks. We would also like to thank all our excellent stallholders who have offered help. 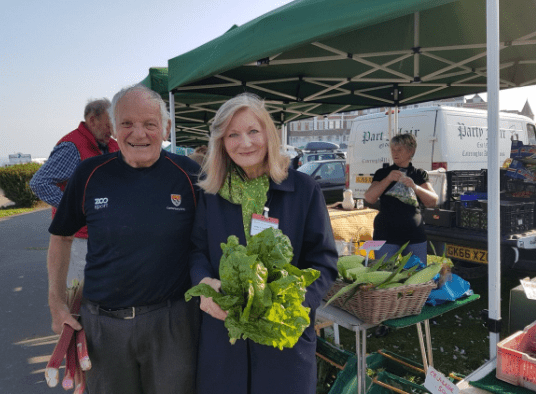 “Lynda Howard, from Never Mind the Cupcakes, set up all three of our social media sites and ran them until last year and we thank her for all her support. Emma, of Real Deal Roasters, now runs Facebook and Instagram and Daran, Stour Valley Game, runs twitter. Freddie, Britalians Vegan, is our admin officer and they are all volunteers.

“We also thank all the loyal shoppers, for all their support over the 20 years. It is greatly appreciated by the artisans and small businesses.

“And Cllr Cedric Towning’s intervention has been a driving force with Thanet council and the events team and I am sure it has helped with permission for Sunday. He really is the CRA’s ‘knight in shining armour.’

“I don’t know what the future holds for us now, but I am hopeful that TDC, with whom we always before the asset transfer had a very amicable working relationship with, will be able to find us a new permanent site for our very popular market.”

June said they are fully covered to run the market at any site with Public Liability Insurance for £10 million for the market, which covers volunteers, and all stallholders having PLI for £5 million and, for those that prepare food, a hygiene rating issued by their authorities.

She added: “We have a risk assessment for the market and we follow all guidelines set out by Kent Farmers’ Market Association who we are affiliated to. 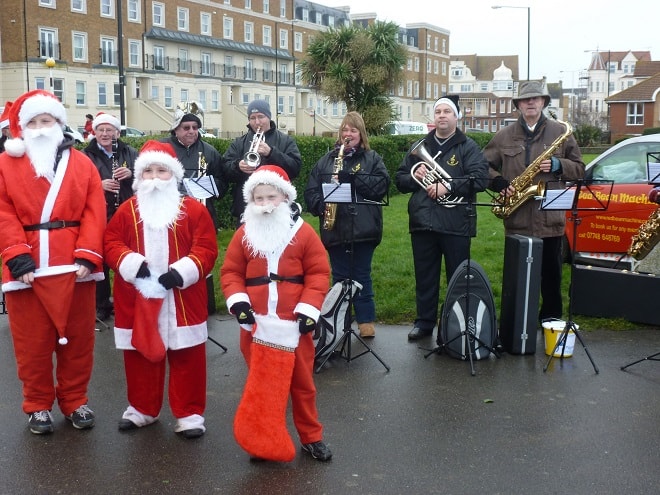 “For those unaware, it was the CRA and the late Keith Chadband, who almost single handed, accessed the funding of £195,000 for the replacement bandstand in 2006.

“We chose the design at committee of the existing bandstand, out of the three designs presented to us. It was also the CRA who were instrumental in the replacement of the existing kiosk when the old wooden one fell into disrepair and it was the CRA who also helped with accessing funding for the shutters on the toilet block.

“In the 25 years of our tenure, we held over 300 concerts, week long festivals, classic car shows, craft markets, Cliftonville in Colour competitions, and over 230 farmers’ markets.

“Thank you all, for supporting our events over the years, and for the support over the last 10 weeks. It has been overwhelming and greatly appreciated.”