Pegwell Bay Country Park is Kent Wildlife Trust’s largest nature reserve and is of international importance for its bird populations, including nightingales and cuckoos.

However, in May 2020, a number of these animals and their habitats were destroyed when a camp fire became out of control at the site and spread across a large area of grasslands and undergrowth.

Now, Kent Wildlife Trust has thrown its support behind Kent Fire and Rescue Service’s (KFRS) campaign to reduce accidental grass fires in the county and is encouraging everyone to take extra care if lighting a controlled outdoor fire.

John Wilson, East Coast Warden for the charity, headed to the scene of the blaze last year and was immediately faced with the heart-breaking consequences.

He said: “It was quite a shocking sight. There was a huge amount of damage and without any effort at all, just from getting out of my vehicle, I picked up what was likely to have been a grass snake, and a sand lizard – a species that’s incredibly rare.

“I couldn’t see any of the birds that would’ve been on the site, as they would have just perished in the flames, along with invertebrates and lots of other wildlife. It was all just gone.”

Given the remote location and difficult terrain, crews had to park the fire engines three miles away and used off road vehicles to reach the blaze.

Firefighters used beaters and water from the all-terrain vehicle to tackle flames, but the damage was irreversible.

While some birds have now returned for nesting season, John says it will take time for the reserve to recover and wants others to consider the impact of their actions.

He added: “I think on most occasions, fires are innocently lit but they quickly get out of control and people don’t quite understand the consequences of that.

“There are heathlands and grasslands all over Kent, which are quite often at risk at this time of year from fires. I would urge anyone visiting one of these fantastic sites to just think about their actions and what could happen.” 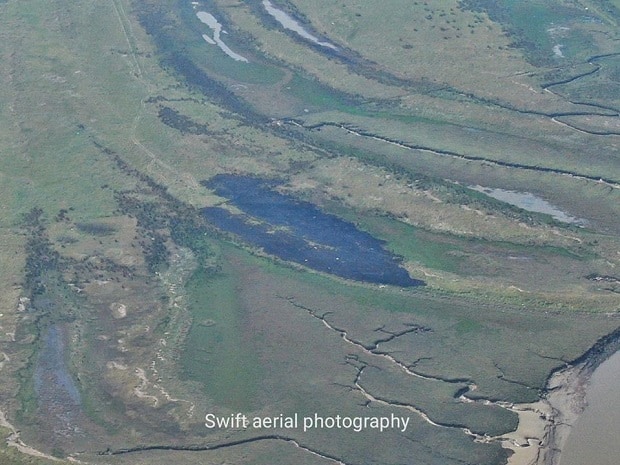 KFRS’ Group Manager for East Kent, Dave Harris, said: “As well as being extremely dangerous, grass fires can have a devastating and lasting impact on wildlife, property and lives.

“Many of grass fires are preventable, which is why we’re appealing to members of the public to always consider the potential implications of their actions and to take extra care when lighting any sort of controlled outdoor fire, whether that’s a barbecue, bonfire, or even the way in which they dispose of cigarettes.”

Help with these safety measures