A celebration will be held this Friday (September 10) to mark a successful first summer season for a Dunkirk Little Ship brought back into service for pleasure trips along the Stour and out to see the seals at Pegwell Bay.

The Ferry Nymph is under the stewardship of Captain Colin Carr and partner Liz Fowler.

Colin had spent 23 years running the Sandwich River Bus but after Dover council put the service out to tender he and Liz decided to take the plunge for a new adventure. 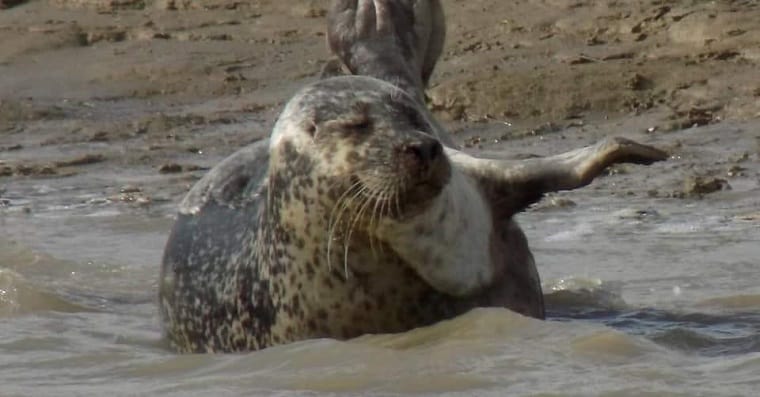 The Ferry Nymph now takes passengers on short trips on the river, long tours to see the seals and out to Richborough amphitheatre.

Although summer has come to a close there is still a busy schedule ahead with a ten day hire from a student studying seals and bookings for October. 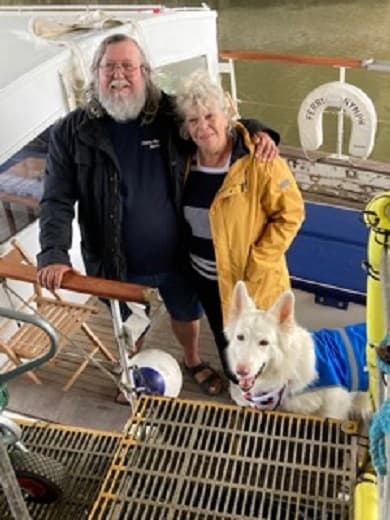 The pair, who will also be celebrating their birthdays at the party being held at the Dog and Duck in Plucks Gutter, say captaining The Ferry Nymph also pays respect to family members who gave service during World War Two – Colin’s grandad Tom was one of the fishermen who took part in the rescue of Allied soldiers from Dunkirk beach during World War Two and Liz’s dad  was with the Royal Signals and also helped with the Dunkirk evacuation.

Liz said: “People have wanted to get out so we have been very busy. Lots of people say they are pleased to know we are looking after this Little Ship.”

On May 29,1940, Ferry Nymph and her sister ship Southern Queen were carrying passengers across the entrance of Poole Harbour when a telephone message was received from the Admiralty ordering both ships to Dover. There Ferry Nymph was taken over by Lt-Cmdr. Gerrard RN, re-fuelled and despatched to Dunkirk. She is known to have taken 72 on one trip and 90 on another across the Channel to Ramsgate.

In 1985 she joined the Little Ships fleet on their 50th Anniversary return to Dunkirk in 1940 and in 1994 Ferry Nymph sank in rough weather off Holehaven but was saved by members of the Dunkirk Little Ships Association and once more restored.

Colin discovered the vessel online and, after some restoration works, brought her to Kent, launching the service in May.

History with thanks to Dunkirk Little Ships Association