A Broadstairs dad-of-two will take on two marathon races just one week apart after his plans were put on hold last year due to covid.

Forklift driver Martin Cooper had initially signed up to complete the Manchester marathon and then the London Marathon with a three week gap between them to raise cash for support and research charity Tourettes Action.

After the events were shelved during the pandemic Martin did run both as virtual races but now wants to take the challenge on again.

However, to do that the 38-year-old will have to run the London marathon on October 3 and then the Manchester one on October 10. 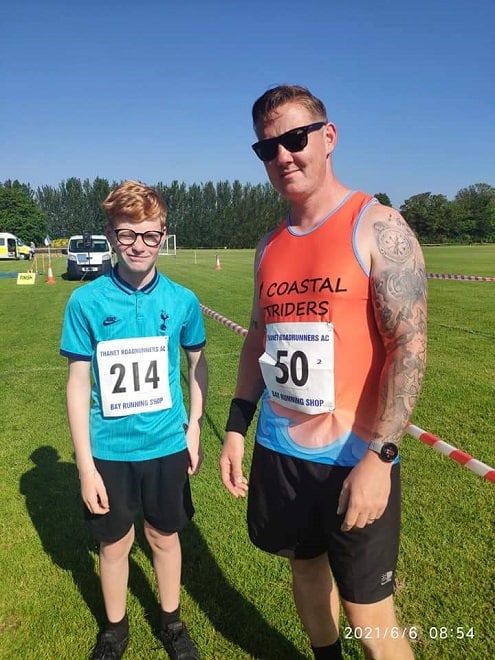 He has now resumed his fundraiser for the Tourettes charity, chosen due to son Aiden being diagnosed with the condition in 2019 when he was 10.

The sports-loving youngster, turning 13 this week, lives with involuntary movements and sounds. He will sometimes shout random words – although not the stereotype of swear words – and can suffer tics.

Martin says he and wife Natasha knew little about the condition until they, and Aiden, researched it.

Martin said: “Originally the marathons were three weeks apart but now it is a week. I have done extra training and will just have to cope with it.

“I managed to raise nearly £700 pounds last year and would love to reach £500 this time around.”

Tourette Syndrome is an inherited, neurological condition, the key features of which are tics, involuntary and uncontrollable sounds and movements.

It is estimated that Tourette’s affects one school child in every 100 and more than 300,000 children and adults in the UK live with the condition. It is more common in boys.

It is thought that approximately half of children with a TS diagnosis will see a significant reduction in their symptoms as they approach adulthood. For some people, living with TS will continue throughout their life, but symptoms are likely to wax and wane.

Although the condition can involve involuntary swearing this is only experienced by a minority of people living with the condition.

The cause of Tourette’s is not fully known but is thought to be a combination of imbalance in the function of brain neurotransmitters and genetic and environmental factors. 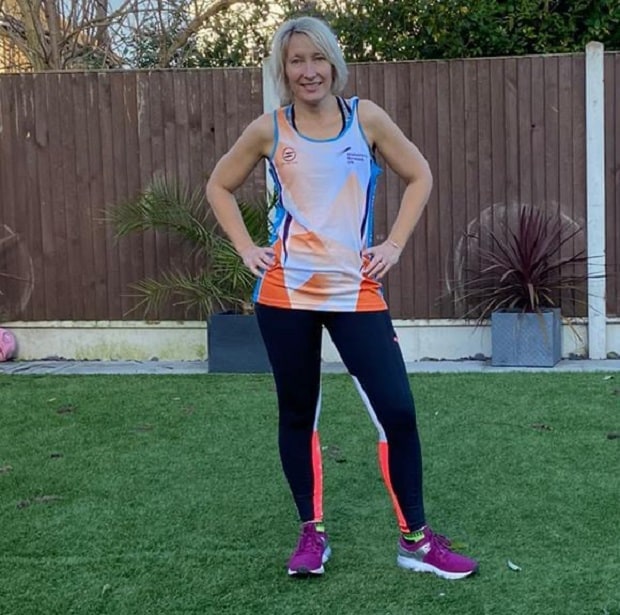 Marie Godwin is taking on the 26.2 mile London marathon challenge for the first time this year.

The Broadstairs mum-of-two, who is an account manager for Page and Sons Wine Merchants in Ramsgate, says she aims to complete the marathon despite being a ‘non-runner’ so she can raise funds for Alzheimer’s Research UK.

Marie, who previously managed the Albion Hotel in Broadstairs with her husband Shane, also had her first attempt cancelled due to covid.

She said: “I have two daughters aged 13 and 15 so fitting training around work and family life is a juggle.  I think I underestimated the time commitment required in training for a marathon so family support has been vital!

“I followed a 16 week training plan but halfway through that last year, Covid hit, we went into lockdown and the marathon was cancelled.

“When the marathon was rescheduled for October 3, 2021, the training re-started and I have been running three to four times a week throughout the Summer, completing my long runs early on a Sunday morning.

“I did quite a lot of fundraising last year and with the help of friends I had a very successful quiz and a coffee and cake morning.

To raise funds and do something special for people’s loved ones Marie is selling ‘memory miles.’

She said: “The marathon is 26.2 miles and I would like to sell the 26 spaces printed on my running vest, each representing a mile with the name of a loved one, carer or very special person next to it.

“Your loved one will be with me every step of the way and will help provide me with the motivation I will look to when I need to dig deep and know who I am running the mile for.

“I appreciate it’s been a very challenging year for everyone, one way or another, but charities have been especially hard hit so if you are able to donate even a small amount, it all adds up.”

For any other donations go to the Just Giving page here