The developer proposing to build 450 homes on agricultural land off Shottendane Road in Margate has lodged an appeal after Thanet council refused planning permission for the scheme.

The highly contentious planning proposal was rejected in July – again – after being brought to Thanet council’s planning committee for a third time.

The proposal by Gladman Developments Ltd was sent back to the drawing board by councillors in April with the developer told the 10% affordable housing offer was inadequate. Thanet council’s Local Plan policy stipulates 30% affordable housing unless proved that this figure is unviable. 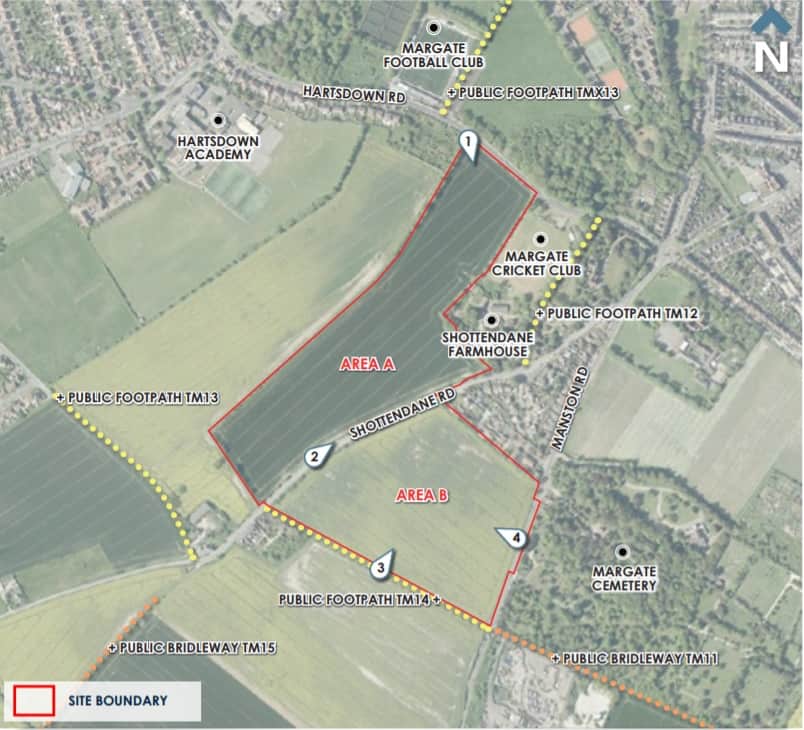 The latest plan offered 68 properties as affordable housing on an 80% affordable rent and 20% shared ownership mix  with approximately £4.9million in contributions to community and highways infrastructure.

Councillors rejected the development on grounds that the harm of not providing 30% affordable housing outweighed the benefits.

However, they also raised issues including the lack of biodiversity surveys and mitigation, wildlife, the loss of farmland and the issue of greatly increased pressure on access to healthcare services.

However, officers said there were “no cogent reasons” in planning policy to refuse on any basis other than the lack of affordable housing and said this still left the council at risk of costs via an appeal.

Cllr Mike Garner disagreed, saying there was solid evidence of issues over flooding, wildlife and healthcare.

Gladman Developments have now appealed to the Secretary of State against the refusal.

The notice says any owners or tenants of the land can make representations by writing to The Planning Inspectorate, PO Box 2606, Bristol, BS1 9AY within 21 days. However, it is dated August 6 with a postmark of August 9 meaning that time slot has now expired.