Around  20 people and three small children plus a baby are understood to have been on a boat that landed on Stone Bay today (August 21) after crossing the Channel.

It is understood authorities are attending to six people who remained on the beach, five people at the North Foreland estate with more people being located in the area. All persons have been accounted for. 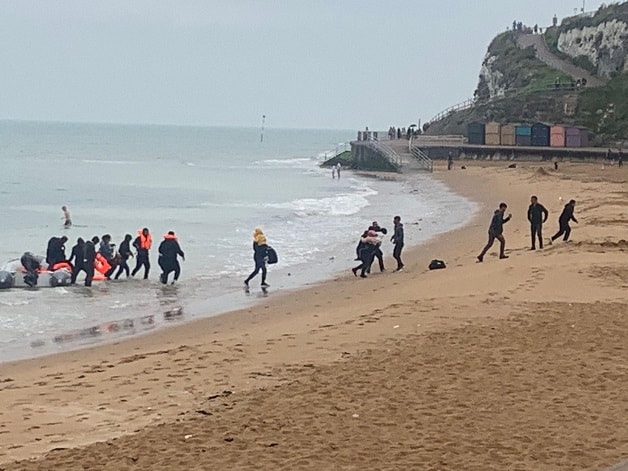 HM Coastguard said the incident is one of several reported today across the Kent coast that are now subject to search and rescue operations.

A spokesperson said: “HM Coastguard is currently coordinating a search and rescue response to a number of incidents off Kent, working with Border Force, Kent Police and other partners. The incident at Broadstairs is one of those and Kent Police and UK Border Force have been informed.

“We are committed to safeguarding life around the seas and coastal areas of this country.

“HM Coastguard is committed to safeguarding life around the seas and coastal areas of this country as set out in international maritime law and the obligations of the Safety of Life at Sea Convention (SOLAS).

“We are only concerned with preservation of life, rescuing those in trouble and bringing them safely back to shore, where they will be handed over to the relevant partner emergency services or authorities.”

The authorities attended a similar crossing incident on August 12 when 26 people landed on Ramsgate beach and another on August 16 involving 27 people.