A campaign which will see a vital RNLI message imprinted in the sand of beaches across the country was shot at Minnis Bay.

The Royal National Lifeboat Institution (RNLI) has teamed up with car manufacturer Ford to create unique flip flops using recycled tyres which will print the charity’s ‘Float to Live’ message in the sand.

In a survey, commissioned by the RNLI, only 59% of those questioned– aged 16-64 – would try to float if they fell into open water and only 55% are confident that they would be able to float. The findings show awareness to float as the action to take should you get into trouble in open water has significantly declined since last year. 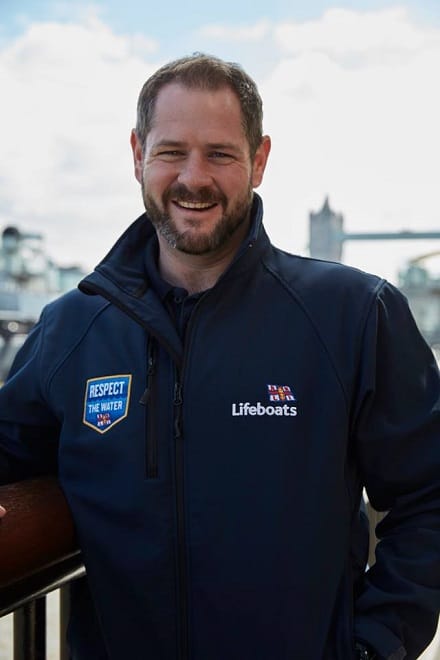 Guy Addington, RNLI Water Safety Lead, said: “We want people to enjoy the coast but urge everyone to respect the water, think about their own safety and know what to do in an emergency.

“Think about planning your trip to a beach where lifeguards are patrolling to keep you, your family and friends safe, and also ensure you are aware of the RNLI’s safety advice before getting into the sea, wherever you are holidaying.

“Coastal areas provide a great opportunity to enjoy fresh air and open space but they can be an unpredictable and dangerous environment,

“We’ve seen high numbers of people at UK beaches this summer so it’s imperative that we continue to raise awareness of important water safety advice. We’re delighted that Ford is supporting by helping to spread these messages that can help save lives.”

Members of the public are being encouraged to take personal responsibility for their own and family’s safety by remembering the Float to Live technique if they are in trouble in the water:

The goal of the flip flops initiative is to explore ways to get messages out to audiences – whether that’s through spotting a print in the sand, seeing a picture or hearing through a friend – to and learn about how best to respond when found in troubling situations at sea. The footwear has been issued to RNLI lifeguards.

It is the second time the charity, which saves lives at sea, and the car company have teamed up to educate on water safety tips and follows on from an initiative trialled last year where Ford Ranger vehicles were fitted with specially designed tyres to create eye-catching ‘tide track’ messages in the sand.