Some 26 people have landed via a small craft on Ramsgate beach today (August 12).

Police, Border Force and staff from Thanet firm Probe Security have been in attendance at the incident. 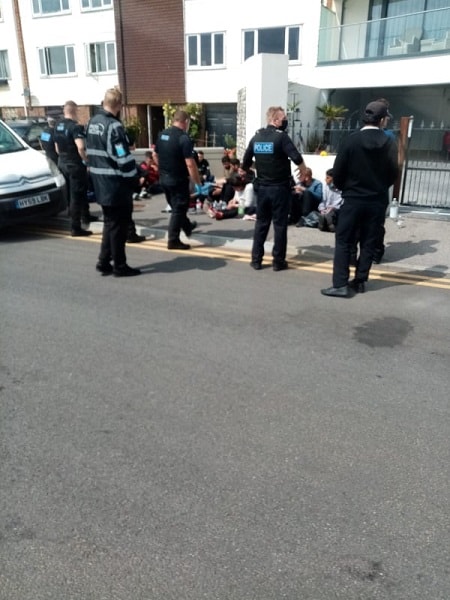 Ramsgate RNLI was aware but were not called to the scene as the vessel had reached dry land on the beach close to Ramsgate Tunnels.

A further vessel is understood to now be under tow with Ramsgate RNLI to the Port. 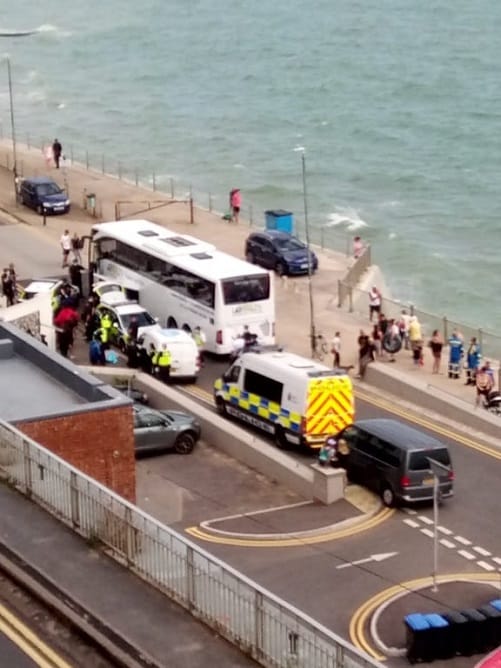 A member of the public who was on the seafront with their partner today said they called the incident in.

They said: “We were at the beach when the dinghy came to the shore. I was the one that called it in to the coastguard and police. I said that they are falling in and struggling in the water. No one came to help until about 15 minutes later and it was one lifeguard on a quad bike. Then about 10 minutes after that the police showed up.

“My partner went over to make sure there weren’t children as if there had been he would of gone out to help.” 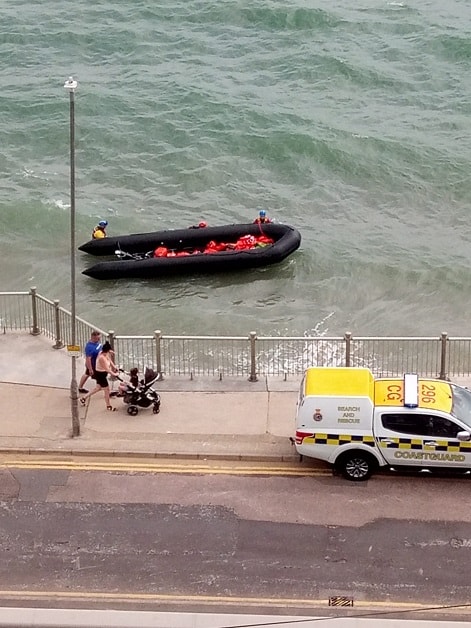 Green councillor Tricia Austin was also on the scene and helped checked the welfare of the people.

It is understood there were 24 men and two women of Kurdish origin with possibly some other men who are no longer at the scene.

She said: “Those here have all had water and food and I’ve distributed Refugee Council contact details. They are now on a coach with Border Force bound for Dover.”

A Kent Police spokesperson said: “Kent Police was called to assist Border Force and HM Coastguard following a report of suspected migrants in Ramsgate shortly at around 11.30am.”

A HM Coastguard spokesperson said: “HM Coastguard is committed to safeguarding life around the seas and coastal areas of this country as set out in international maritime law and the obligations of the Safety of Life at Sea Convention (SOLAS).

“We are only concerned with preservation of life, rescuing those in trouble and bringing them safely back to shore, where they will be handed over to the relevant partner emergency services or authorities.  We are currently assisting Border Force with an incident off the Kent coast.”