RAF Manston History Museum will reopen at the end of this month after a transformation which includes a new café, display areas, new shop, exhibits, local craft emporium and conference facilities.

A core team of volunteers, with the help of local businesses, have spent the months of lockdown overhauling the building, some parts of which were built in 1917 during the First World War.

The project is aimed at making the venue ‘family-friendly’  from the ‘taste of home’ NAAFI café to the ‘gifts from home’ Emporium which will feature works from local arts and crafts people.

The work has cost around £320,000 with money coming from covid grants, a fundraiser and substantial contributions of more than £150,000 from RiverOak Strategic Partners.

CEO Peter Steele, who took the position of Chair in February last year, said: “I took over as chairman and it was agreed the museum would have a little revamp. Initially it was going to be the new shop but then covid came and the plans went from a new shop to a new café, new exhibits and just a complete revamp of the museum. We wanted better facilitiesfor people who come to visit us.

“We want to appeal to a wider audience so will have more interaction for youngsters and families.” 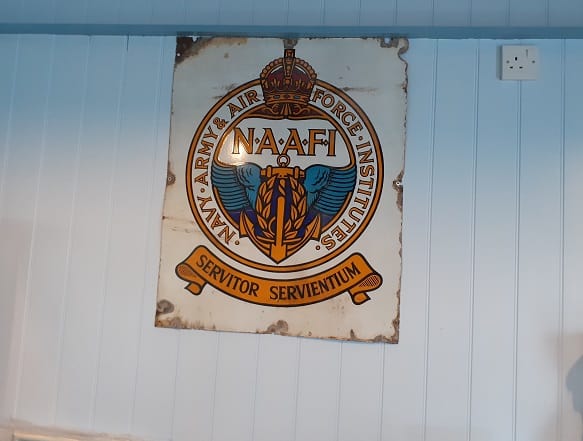 The café, being headed up by Jeannene Groombridge and Sue Welsh, will focus on affordable, good quality food including homemade cakes and meat bought from Hogman’s butchers in Broadstairs. A licence has been granted for use of the NAAFI branding.

Jeanenne said: “The work has been done by a core group of 10-12 volunteers with ages going up to 82 and the average age worked out as 72! 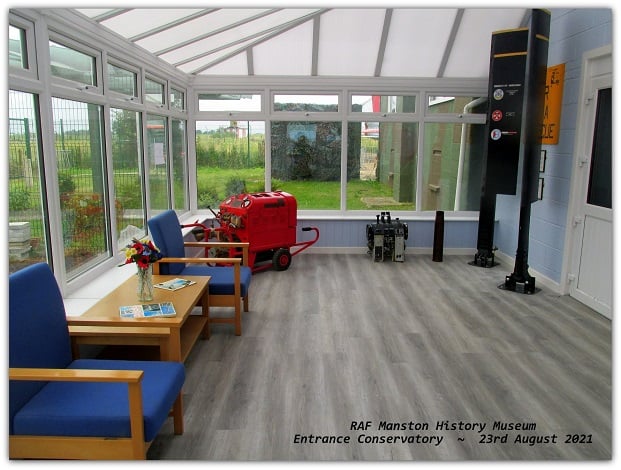 “They have all been great and really wanted a fresh young vibe as they are concerned that the museum is still here and open when they are no longer here so the knowledge is passed on to the next generation. We also had a lot of help from the community and several builders gave their time and resources at no charge.”

Sue is also heading up the new Emporium with at least 15 Thanet arts and crafts producers already signed up to take spaces.

Among the new exhibits is the front 37 feet of a Nimrod XV229 – previously used for smoke evacuation training at RAF Manston Defence Fire Training & Development Centre – which is being restored and intricate models shown alongside memorabilia.

War period pieces, items of NAAFI history and a brilliant aircraft model, can also been seen in the new cafe.

Peter said: “It has been a mammoth exercise. A simple idea to tidy the place up and build a new shop just grew.”

The museum and café are set to open on August 28.

An official opening is due to take place on September 15 to coincide with Battle of Britain Day with guests including Tony Freudmann from RSP. The plan is to erect plaques and plant two trees to mark the event. This will be followed by an open cockpit weekend on September 18-19.

The museum charity opened in 1986 and is run entirely by volunteers. It holds a collection of planes and exhibits that reflect and educate on the history of Manston and its airfield. These date from the First and Second World Wars, from when the United States Air Force (USAF) was at Manston and other exhibits from the airfield’s history. 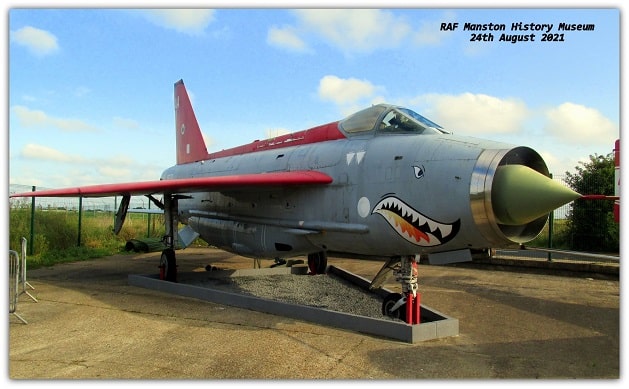 The museum is funded by its own income from admission fees and donations.

RSP has also gifted land  by the airfield control tower which could be used in future for aircraft exhibits and/or parking .