The Margate Nature Trail inaugural guided walk took place on Saturday (August 7) with people of all ages and backgrounds meeting at the starting point, outside Turner Contemporary.

The trail began with the walled wildflower garden at the rear of the gallery. The Trail guide, Andrew Nolan, pointed out the enormous variety of wildflowers and plants in the area -wild carrot, bristly ox tongue, and valerian to name a few. 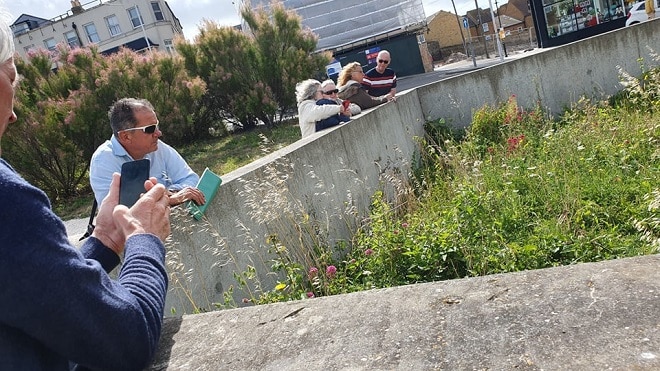 The trail then carried on through the Old Town, where the London Plane tree on Market Place grows. Andrew explained the history behind this species and how it was originally planted in London to absorb smoke and fumes. The bark naturally peels off – part of the reason this species was chosen, as it is self-cleaning and renewing. The route then went to King Street with the galvanised steel boxes containing planting and flowers, an ongoing project that has been cared for lovingly by a local resident so the area has become a haven for pollinators and a visual joy for the residents and visitors.

The trail also included the huge sycamore on King Street and the Tudor gardens before ending in Hawley Square, where Andrew pointed out Lime, Swedish Whitebeam and Horse Chestnut Trees, with False Acacias in each corner of the square. 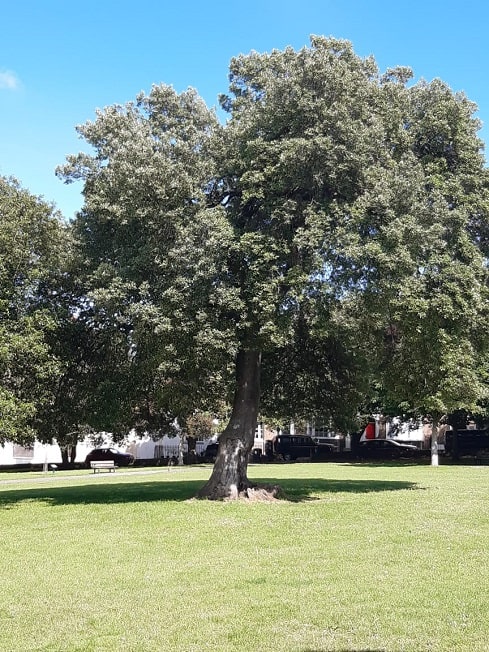 In the middle are two large Holm Oaks, one of which is over 200 years old, and possibly dates back to the laying of the square in the 18th century. Half of its trunk is missing but it has carried on growing nevertheless, an example of the regenerative powers of nature and a reminder never to give up. 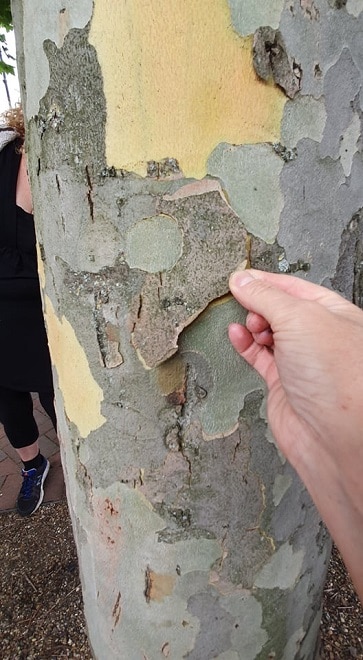 Various possibilities behind this fascinating piece of history have been discussed. Was it hit by lighting? Bombed during the war? A story is there waiting and anyone who has any information about this is welcome to contact The Margate Nature Trail so they can include the information in their literature.

There are also cherry trees, and a crow who comes every day for water and food. Fi O’Connor, who walked the trail, said:  “How much more we see when we amble, attuned to nature. The startling pop of a blue cornflower jumped out at me from the walled meadow, and I was amazed at the number of flowers nodding their heads in the salty wind. There were so many window boxes and hanging baskets in the Old Town.

“My Margate Nature Trail walk was complete as I hugged the King of King Street – a lovely sycamore readying itself to release its helicopter seed pods spinning in the wind.” 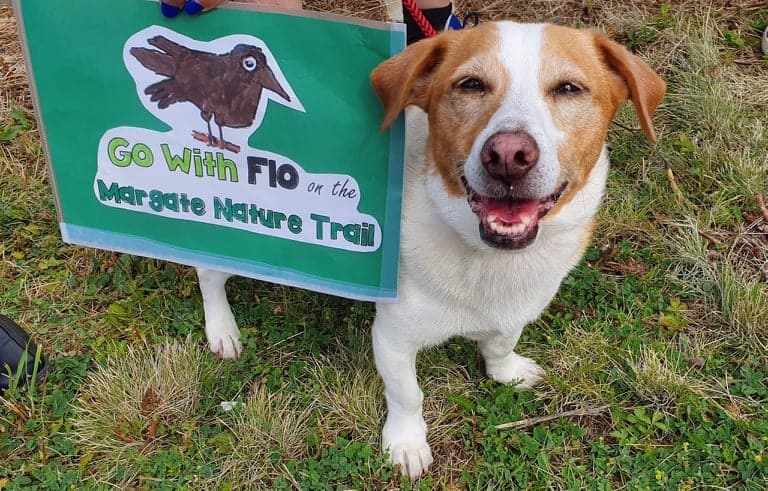 Many people have worked hard over the past months to ensure the start of the project which has potential to grow over the coming year.

Leaflets are available in many small shops and in the visitor centre in Margate for those who wish to walk the trail.