Members of the Park Avenue Woodland Group (PAWG) in Broadstairs will hold a protest and are calling for people to lodge their views over  plans to fell a mature Turkey Oak tree and over a separate appeal by a landowner against replanting a decimated forest area.

Last December Thanet council served notice on Bernard Benn of Parkstairs Ltd to replant 12 of 44 large trees and other saplings that were chopped down at woodland off Park Avenue without permission in February 2020.

On December 24 Mr Benn, the Director of Parkstairs Ltd and owner of the woodland, appealed the replanting notice.

Thanet council had carried out an investigation following complaints over the felling. Parkstairs Ltd said a survey had “identified a number of dead and dying trees which are in a dangerous condition, some of this is due to heavy ivy growth strangling the trees.”

Members of the Park Avenue Woodland Group delivered a petition to Thanet council in July requesting the trees be replanted.

In December Thanet council ordered Parkstairs to replant 12 of the trees at the site which were considered to be protected by Area Tree Preservation Orders from 1956 and 1985. This was to have been done by March 31 this year.

Instead the appeal was lodged.

A Planning Inspectorate hearing will now take place virtually to hear the appeal.

The appeal has been submitted on grounds including a lack of evidence from Thanet council or “the requisite proof on the necessary basis that the trees have been wrongfully removed or which of the 2 (tree preservation) Orders, if any, applies to individual trees. Other grounds include a claim that the specific planting required “would be contrary to the practice of good forestry” and the area specified is unsuitable.

Thanet council has submitted numerous documents to show the tree preservation orders and areas but its appeal statement is yet to be published.

The public can make representations to the Planning Inspectorate with a deadline of August 24.

These need to go to:

The protest, which takes place on August 14, is calling for people to meet by another under threat tree at Broadstairs Cricket Club. 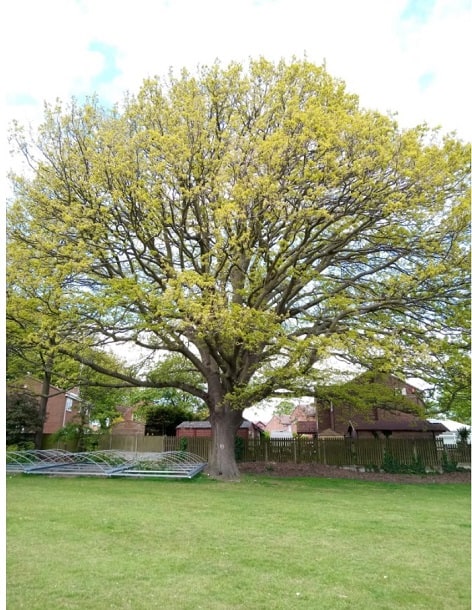 The Oak, thought to be some 300 years old and with a tree preservation order, is subject to an application for felling due to damage the tree has caused to the adjacent property in Park Close. A report says there is not adequate space to install a root barrier for such a large tree. It adds: “Significant differential seasonal movement is taking place, leading to a variety of cracking over the property and the garage.

“It should be very clear that the very large oak tree is the prime cause of this movement and tree removal is the typical means of dealing with this type of problem. Earlier attempts to strengthen the building including rebuilding the conservatory on deeper foundations has not led to adequate stability.”

However, numerous objections have been lodged. One states: “As a cricketer at Broadstairs Cricket Club for the past 35 years, I must say that to read this is heartbreaking. “This tree has been part of the cricketing community for many years, and the local community for up to 350 years, and to read that in danger because of “minor cracks” to someone’s home is beyond comprehension.

“The tree has not suddenly sprung up, it has been the contributing to the community (ecologically and aesthetically) for significantly longer than the owners have resided there. What is clear from the Tree Warden’s report is that subsidence is not just confined to (that property) and that other properties in the road, (and as we are aware the surrounding Park Avenue area) are also suffering from the effects of being at risk to subsidence.

“If you consider this case in isolation, from a blinkered perspective you may take a view, but when correlated with the area subsidence issues, it is clear that the causation on offer here (the oak tree) is far from proven.”

Comments on the application need to be made by August 19 on the planning portal, reference TPO/TH/21/1063 or email planning.services@thanet.gov.uk

The protest on Saturday, August 14 is organised by Broadstairs tree warden Karen McKenzie and asks people to gather at the cricket ground tree at 10am and then walk up to the decimated woodland area.