“I do not want children navigating their way around piles of rubbish to get to the climbing frames and swings,” says litter pick volunteer Scott Manclark as the overflowing bin problem continues at Northdown Park.

This week rubbish scattered across the path and grass by the play park was  cleared away by Thanet councillor Cedric Towning, his wife Avril, grandson Blake and, towards the end of the clean up, dad-of-two Scott.

Cllr Towning has again reported the issue to Thanet council and says he will continue to pursue a solution. 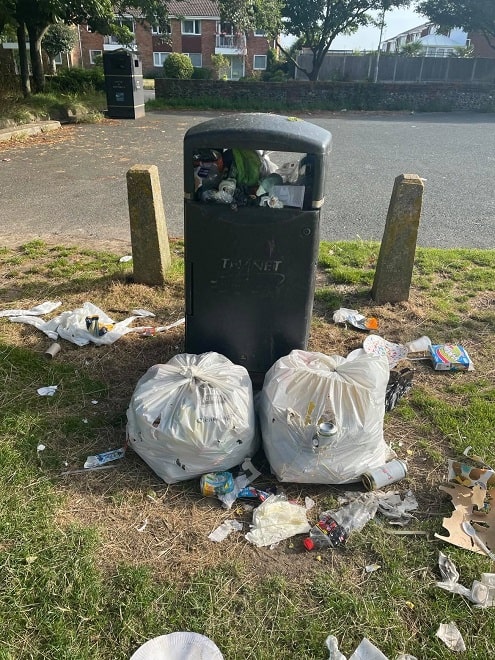 Scott, who is a member of the Palm Bay and Northdown Community group says Thanet council needs to focus more resources on open spaces and play areas, especially during the summer holidays.

The Pfizer worker, who is often assisted in his clean-up missions by his young daughters Holly and Sophia, says council cleaner teams are understaffed and under pressure.

He added: “The bins are not getting emptied. The previous council portfolio holder said they were done every day but I know that is not the case because I put the date on my bags (of collected litter) and sometimes they are there three or four days.

“We have been fighting this battle for over a year and it isn’t just Northdown Park, Dane Park is even worse. I sympathise with the staff who physically empty the bins, they are understaffed and under so much pressure. 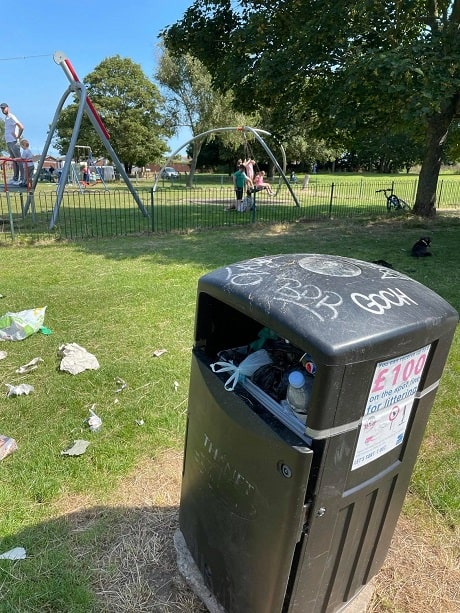 “The current portfolio holder (for cleaning services) needs to get time and money invested to get teams up to scratch so they can do the job, especially in the summer holidays when the bins fill up quickly.

“The council made a big thing about hiring contract cleaners for the beach but they need more in open spaces and play areas.

“People should take their rubbish home if the bins are full but unfortunately not everyone does that.”

Scott says another issue is when bags are filled by volunteers they are not always collected.

He added: “One volunteer collected two bags and put them by the bins but they weren’t picked up and the seagulls had been at them. Some of the volunteers ask why we are doing it if the bins are not then being emptied.

“It can be really disheartening when you are all trying to make a difference and trying to improve the place we live in but all those efforts are undermined when bins aren’t emptied and litter is just left behind. 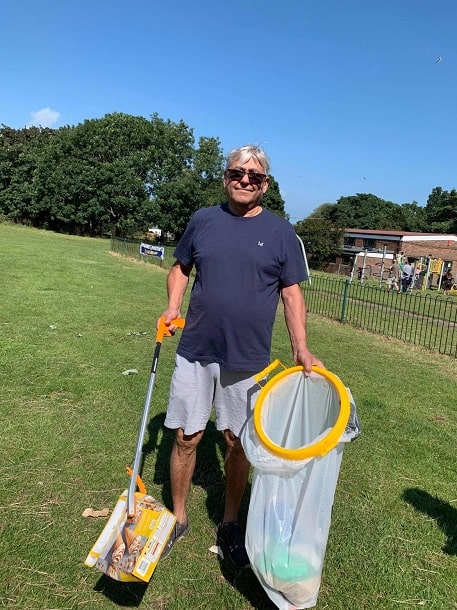 “That’s why Cedric and his family picked it up this week, I think he was as gobsmacked at the mess as I was.

“We know the teams are really stretched but the fact children are having to play around it is unacceptable and that is why the council portfolio holder must act urgently.” 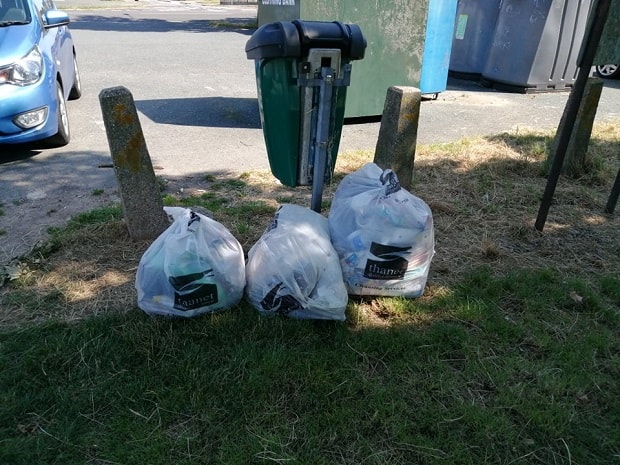 Thanet council says dropping litter of any kind is an offence and could result in an on the spot £100 fine, this includes dropping cigarette butts or leaving litter next to bins that are already full.

TDC provide and empty over 400 litter bins across the district. In the summer months they have an additional 180 bins in busy locations.

Additional street cleansing staff are taken on over the summer months.

Monthly inspections are carried out to monitor standards.

High footfall areas such as town centres are swept daily and mechanical sweepers are out frequently in all other areas.