Pupils took their stand in support of Marcus Rashford, Jaden Sancho and Bukayo Saka who were targeted when they failed to score in the Euro2020 penalty shootout against winners Italy.

As well as celebrating England’s fine achievement of reaching their first final since the 1966 World Cup win, Team Upton reacted strongly against the racist slurs against the three black footballers. 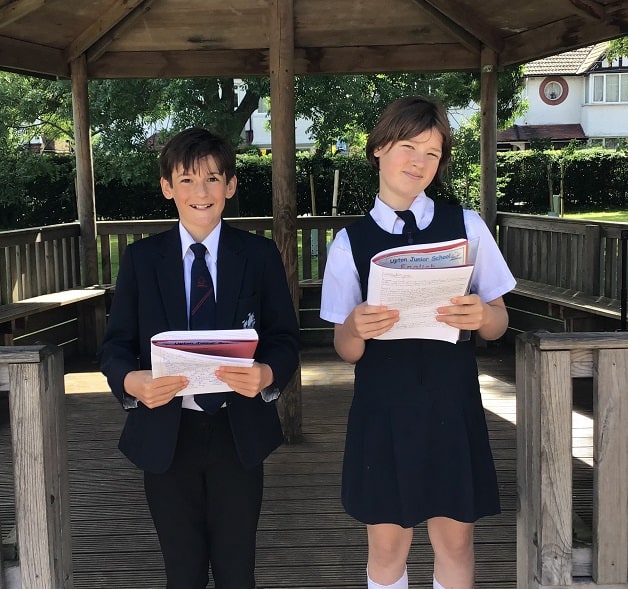 Children have written poems, stories, created posters and written open letters to the three players, and read them out to classmates.

Jude in Year 5 put these thoughts in a letter.

It reads: “We live in an era where everyone should be seen as equal, regardless of their skin colour or ethnic background. Sadly, this is not the case, and those individuals who make these comments are simply jealous of your success and, perhaps, their own failures.

“To millions of people across this country – and the world – you are all role models. You inspire communities; you inspire me.

“It’s difficult to comprehend why people would be racist. For me, as a pupil in school, it makes no sense. I don’t want to grow up in a world that has racism. I see everyone as equal and so do my peers.

“Working together we can change this. We can have a voice. We can make a difference. Stay strong – we are with you always.”

Fellow year group pupil Sophia agreed. She wrote: “Just because a man missed doesn’t mean we should disrespect a man of culture of his place. Even though we might be mad just remember, feelings exist for the weak and strong.

“Belief in racism is wrong, we are all the same inside, we just have skin of different melanin, so next time ‘think’, don’t do, racism should matter to you.” 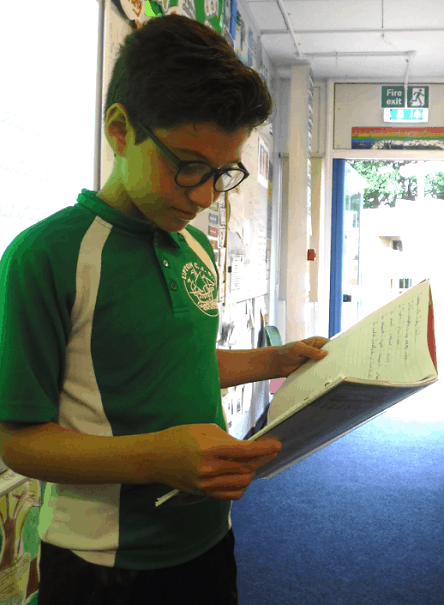 Upton has a strong stance against racism and learning about it, together with diversity, equality, tolerance and respect are ongoing parts of pupils’ learning all year.

Head of School Darci Arthur said: “High profile incidents like this involving national figures that children can relate to offer a real insight into how these issues are ‘real life’ and not just something we educate about inside the classroom. I am proud of their responses which underline some of our important core values.”

Deputy Head Teacher Dave Walker added: “Across the last 20 years, I do genuinely feel that schools have helped make headway across that time in challenging and changing negative perceptions related to race, gender and sexual orientation,  among other issues.

“You can see this in the immediacy of pupils who unequivocally condemned the racist slurs. I’m really proud that we’re living in a society that recognises these behaviours are abhorrent.”