Surf’s up with the opening of new shop SUP & Skate Margate today (July 24).

Garlinge couple Marie and Paul Evans have taken on the former Kut Hut in Marine Gardens and have transformed it into a stylish hub for everything from paddle and mountain boards to clothing and SUP tuition.

The sporting pair have been involved in Stand Up Paddle Boarding (SUP) for some eight years and Marie says the activity was instrumental in helping her recover after undergoing brutal chemo and radiotherapy for cervical cancer. 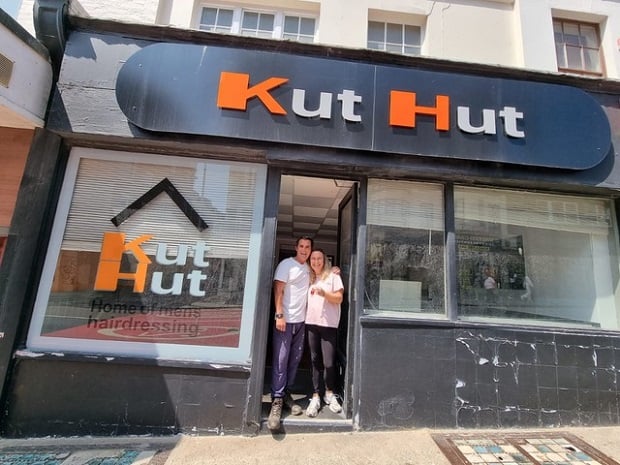 The nan-of-two said: “I had a smear test that came back as clear in the July (2017) but I kept going back to the doctor because I knew something was wrong. Eventually when I went to the gynaecologist at QEQM she said  yes straight away.

“A couple of days later I had surgery but then had to go through chemo and radiotherapy at the same time to hit it hard.

“I’m still not classed as in remission, I have another year to go, but everything is looking good and I would encourage women to get their smear test if they think something is wrong.” 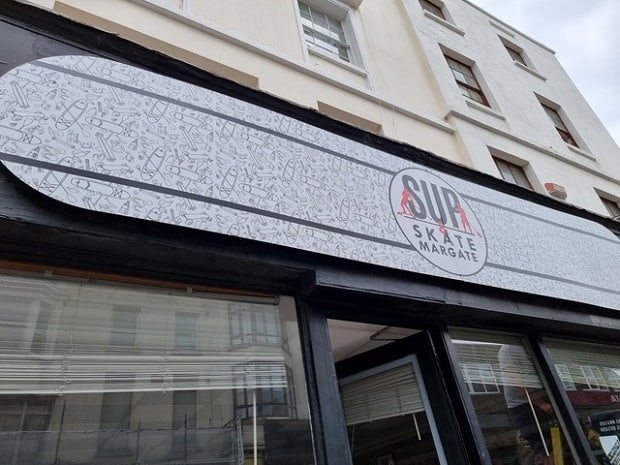 The treatment was exhausting and sport took a back seat for a year but Marie says she found SUP a huge help for both physical and mental recovery.

Marie, 45, said: “After treatment everything hurts, your joints ache and the fatigue is phenomenal. I couldn’t even walk from home to Dreamland, I would have to drive. 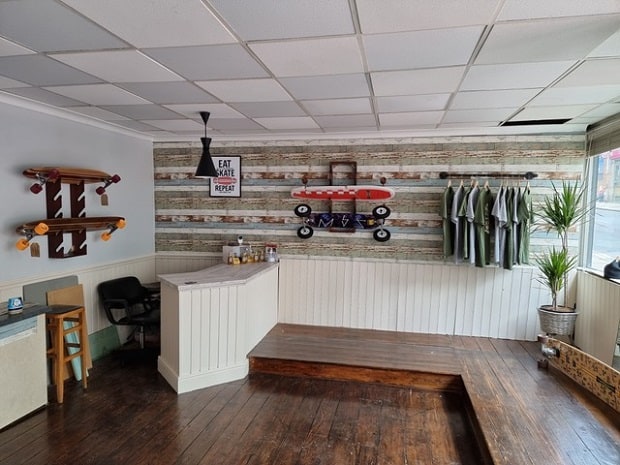 “I found paddle boarding easy on the joints because you can put in as much or as little effort as you want. So, I would take a little paddle out and then do it a bit longer and a bit more. It really helped with ‘chemo brain,’ where your whole head gets foggy and you can’t concentrate. Paddling in nature, going up the river with no noise, you are just concentrating on what you are doing. That helped mentally as well as physically because I had survivor guilt where I knew others who had passed away.” 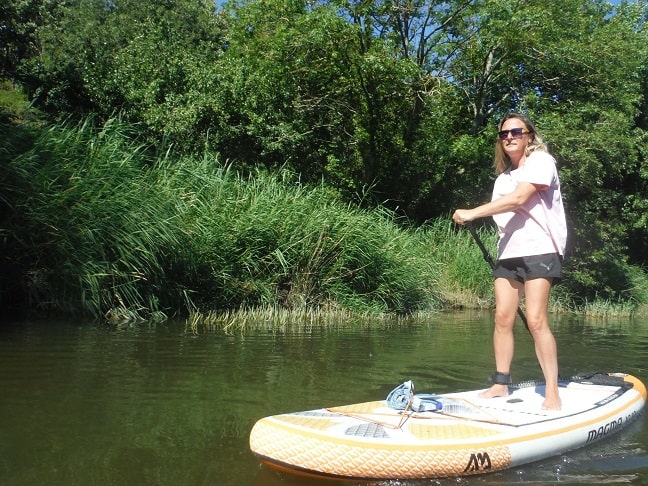 After treatment and a period of recovery Marie went back to her marketing job but when her role was made redundant she and Paul, who works for Pfizer, set up SUP Margate online.

Marie said: “Then we expanded and started doing long boards and street SUP. We are sporty and like to give everything a try! We changed the name to SUP & Skate Margate. We have been online for about a year now. When the shop became available we hadn’t been looking but enquired and it had already gone. A month later they came back to us  and we jumped at the chance. Having cancer has taught me one thing, to grab any opportunity with both hands as we never know how long we have” 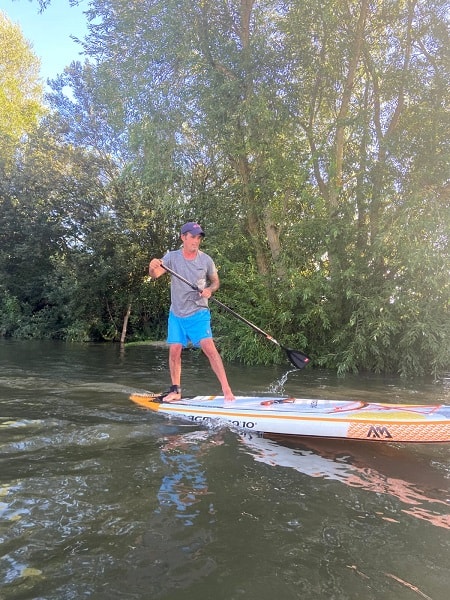 Marie said: “Each product we sell is a product we love and have used personally, we try and use UK brands as much as possible and where we can we use made in the UK products. 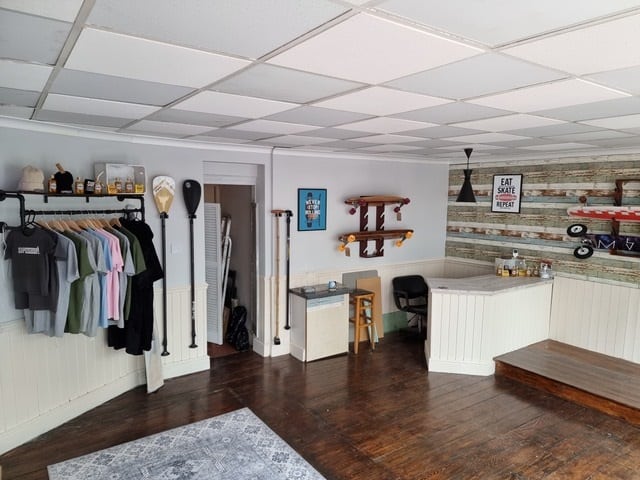 “We have a Kent company that hand-makes some of our longboards, a local company in Margate that makes one of our land paddles and a company in Cornwall that makes sunglasses exclusively from recycled Cornish fishing net.  Our Bellyboards are handmade from wood in Cornwall and we have a company from Deal that recycles wetsuits sourced locally into bags.” 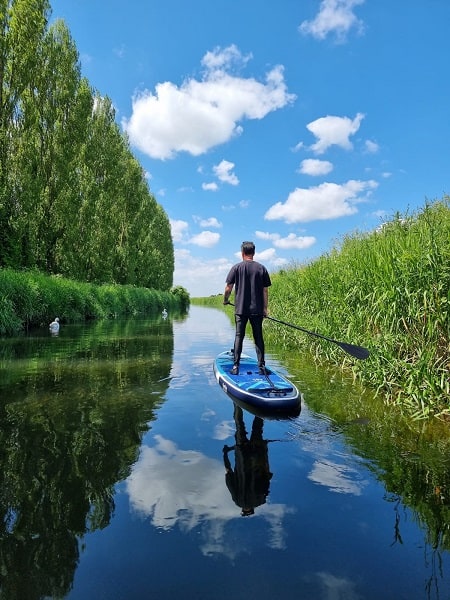 The SUP tuition is headed up by Paul who is a qualified instructor.

SUP & Skate Margate is at 20a Marine Gardens – which used to be Nation surf shop many years ago.

The grand opening is today (July 24) from midday.