The pizza venue on Harbour Street was one of 73 shut down by the chain last year amid the pandemic.

But now it is set to have a new lease of life and a new name – Travellers in Italy.

James said: “We are very pleased to announce that we have taken on the lease of the ex Pizza Express site here in Ramsgate.

“Formally a bank, it’s an iconic Ramsgate building and sits proudly next to our current restaurant, Little Ships, right on Ramsgate’s Royal Harbour. It will be called Travellers in Italy – we inherited a pizza oven!

“It  will allow us to offer another restaurant experience to our guests at the Royal Harbour Hotel and to our visitors and customers who know us well through the Empire Room – currently with a pop up Hearth@theEmpireRoom – and Little Ships.”

Travellers in Italy is named after a picture James bought many years ago by late Ramsgate artist Michael Blaker. 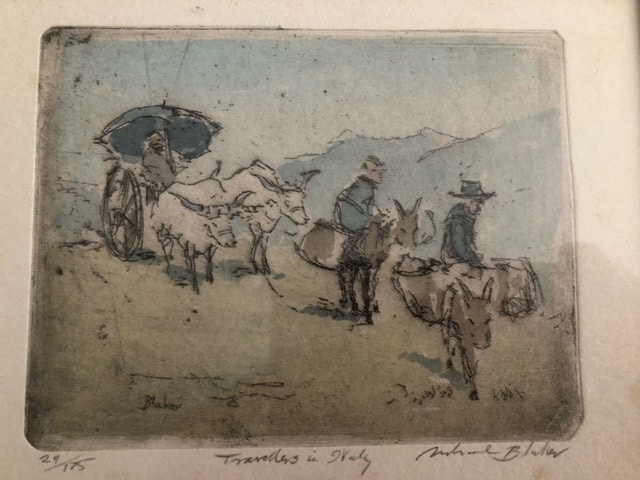 James said: “At the time I had no connection with Ramsgate and so you can imagine my surprise and delight when I moved here in 1999 to find out that he lived here.”

The new restaurant is the latest venture for James who bought a former b&b which is now The Royal Harbour Hotel in 1999.

Since then the Royal Harbour Hotel has expanded into adjoining properties on Nelson Terrace and in 2014, the ‘Empire Room’ restaurant also opened in the property.

Further expansion came with the opening of the Little Ships restaurant on Harbour Parade in 2018 with head chef Craig Mather. The Little Ships’ name plays tribute to the flotilla of privately owned boats used to help evacuate stranded British troops from the Dunkirk beaches in 1940.  It also refers to Thanet local trawlers, which supply the fresh fish cooked in the restaurants. In 2019 the venue was named winner of the Best Breakfast Venue at the LUXlife Magazine Restaurant & Bar Awards.

Travellers in Italy is expected to open in mid August.