Turner and Emin, Dickens and Eliot – the big four names tend to dominate any discussion about the Isle of Thanet’s artistic and literary connections.

But as recent novel Dreamland by Ramsgate author Rosa Rankin-Gee proves, the area still inspires people. And the list of authors alone who’ve included Margate, Ramsgate, Broadstairs and the surrounding countryside in their work deserves more than just a Turner and Dickens Trail.

In 1867, WS Gilbert – better known as half of Gilbert and Sullivan – wrote a one-act farce, in which a grocer and his wife head to Margate for the summer season. Mr Wellington Yellowboy has decided to become an author, but is soon distracted by the exotic pleasures of “the music, the dancing, the supper, the chandeliers, … the ices and waiters” at the Tivoli Pleasure Gardens. While he’s recovering from his hangovers and pretending to write, his wife promenades with a man in soldier’s uniform. Even by 1867, Margate was clearly identified as attracting people who, despite their claims to be artists or writers, were really in town for the dancing and the drinks.

Nearly 100 years later, James Bond meditates on the Isle’s dullness, the “cheap bungaloid world of the holiday lands”, in Ian Flemings’s Goldfinger. While 100 years earlier, the town’s pleasure gardens were the height of fashion, they hold no attraction for a New Elizabethan secret agent used to catching one of the new jet airliners to the Bahamas or driving his grand tourer down to the South of France.

In the 1961 bestseller, the villainous Goldfinger uses his company Thanet Alloys as cover for a global smuggling operation out of Ramsgate, “Quiet little port. Customs and police who were probably only on the look-out for brandy coming over from France.” His smuggling is to channel funds to Russia’s intelligence agency SMERSH. 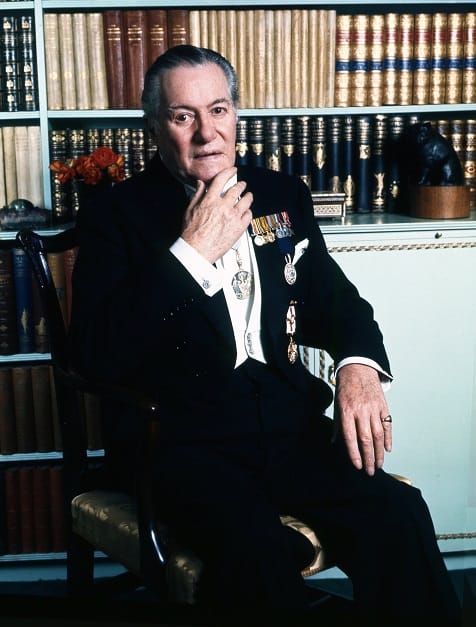 Dennis Wheatley, whose Gregory Sallust books were one of the inspirations for James Bond, is now largely forgotten. But ‘The Prince of Thriller Writers’ sold a million books a year in the 1960s. Contraband is a tale of international intrigue, centred on an airstrip cleared in the grounds of Quex Park. The Powell Cotton Museum’s displays are described in the book.

John Betjeman, too, has slipped out of popularity. The former Poet Laureate’s verse is now seen as rather twee, but in Margate 1940, he remembers a stay at the Queen’s Highcliffe Hotel and a walk “Down Harold Road, Norfolk Road, into the night”. Remembering municipal entertainments, families on the beach, trams, and tea dances, he concludes that “It is those we are fighting for, foremost of all.”

David Seabrook tried to weave together history and all the threads of Thanet’s stories, fact and fiction, in his 2002 book All The Devils Are Here. He captures Margate at its lowest point, maps Broadstairs’ fascist connections, and tells tales of a drunken Charles Hawtrey in Deal. He brings in Dickens, and Eliot, and describes Cliftonville, the Nayland Rock Shelter, and the North Foreland Estate in darkly gothic style.

Rosa Rankin-Gee’s book Dreamland, published in hardback by Scribner, paints a similarly dark picture. It is set in a near future, where Margate is again in decline and rising seas regularly flood the town. The town is captured in perfect detail, from Arlington House to an abandoned Westwood Cross.  Although set against a dark backdrop, it’s at heart a love story and one threaded through with hope and joy.

And that is the contradiction that seems to fuel the writers who use Thanet as a backdrop, that mix of the darkness of the ancient place, the small bays and estuary coastline, the prehistoric burial mounds and Roman remains, contrasted with the forced gaiety, the faded glamour, the sunbleached colours of the most archetypal of seaside towns. On the Isle of Thanet, writers can find all the light and dark they need.

Rosa Rankin-Gee’s Dreamland and David Seabrook’s All The Devils Are Here are available from The Margate Bookshop. A guide to walking the Turner and Dickens Trail, which connects Margate, Broadstairs, and Ramsgate is available from the Visitor Information Centre, Droit House, Margate or the volunteer-run Tourist Information Kiosk in Broadstairs.