A new dedicated rail safety education centre has been opened by Network Rail and Southeastern at Margate railway station in a bid to teach youngsters about the possible catastrophic consequences of trespassing on the rails.

The  centre, which is the first of its kind in the country, features a full-scale railway platform, life-size train front, model railway and interactive games.

Targeting primary and secondary school-age children who may be out and about on their own for the first time this summer holiday, the aim of the Travel Safe and Travel Smart centre is to use education to stop incidents of trespass on the rails.

Using real tracks in a safe, controlled environment the centre will educate children about the risks of trespassing, for example that the live rail is energised with up to 750V of electricity and can kill instantly, or that trains weigh an average of 400 tonnes, often making stopping in time for someone on the tracks impossible.

Network Rail Southern region director John Halsall said: “The work our community safety team does in visiting classrooms to warn of the dangers of trespassing on the railway is so important and our new Travel Safe and Smart centre will enable us to get those messages across even more clearly.

“This is the only dedicated rail safety education centre for children in the country and we hope that it will help get across that trespassing on the railway can have serious, life-changing consequences for the individual, their loved ones and the wider community.” 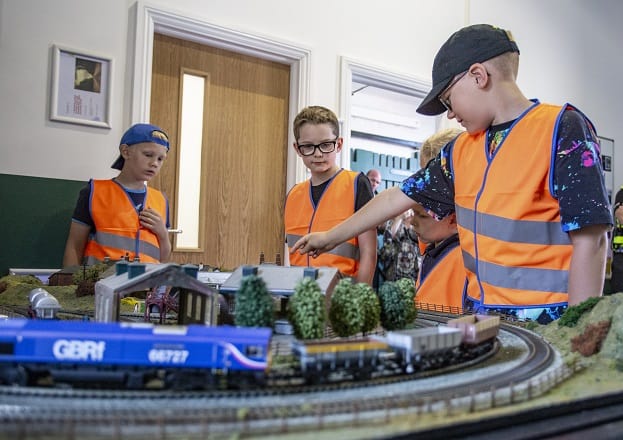 Southeastern’s managing director David Statham, said: “When young people are injured or killed on our railway, the impact ripples across the community and the impact on our colleagues is huge. Anything we can do to help educate people into staying safe will make a difference and this facility will be a cornerstone of that.

“It’s so important to us that any group of school children coming to visit the centre will get free travel on our trains to get here.”

Trespassing causes significant disruption across the rail network resulting in delays for thousands of passengers and can result in catastrophic injury or death. Shockingly, given the danger to life, the latest figures show that between January and March, there were 179 incidents causing trains to be delayed by almost 97 hours in the southern area (Kent, Sussex, Surrey and Hampshire).

And recent data provided by British Transport Police’s National Disruption Fusion Unit found that the past two years since 2019 have seen a 40% increase in trespass incidents in the Southern region.

Children will also be shown a new safety film – Parallel Lines – which has been produced by Network Rail’s education partner LearnLive.

To book a visit for your school or cub/beaver group email MargateTSTS@networkrail.co.uk