A new digital trail, based on the Second World War has been launched in Ramsgate. Eva’s War is inspired by the true story of Ramsgate centenarian Eva Bull  and takes listeners on a self guided tour of the Marina and Eastcliff.

Unlike many digital trails, Eva’s War is more of a cross between a radio play and historic guide. Users begin the story at the Sailor’s Church, when news breaks about war being declared with Germany, and then proceeds in a loop around the Marina and Eastcliff as a young Eva tells us about the bombing raids and what life was life like for the Ramsgate residents who spent 4 years staring into the face of an advancing German army.

The story is the brainchild of Chatham and Clarendon Grammar School teacher, Adrian C. Smith.

He said: “I was born and grew up in Ramsgate and Eva was a huge part of my childhood. I think she was a large part of many people’s lives because she’s always lived here. She and her husband, Harold, did a lot of work for the local community, particularly in St Lawrence, and she has so many stories to tell.

“It’s funny really because in some ways my own life has followed a similar path. Like Eva I worked for Nat West Bank Ramsgate, I teach at the school she attended as a child, and we’ve both worked for the church. So I think in many ways this has probably been something that’s been growing in my subconscious for a while now. Eva’s memory and recollection is amazing. There aren’t many people who can recall collecting milk in jug from the dairy farm in St Lawrence as a child or handing out sandwiches to troops during the evacuation of Dunkirk.”

The project was made possible with the support of Ramsgate Town Council, The Ramsgate Tunnels and Ralph Hoult OBE who provided many of the archive photographs. 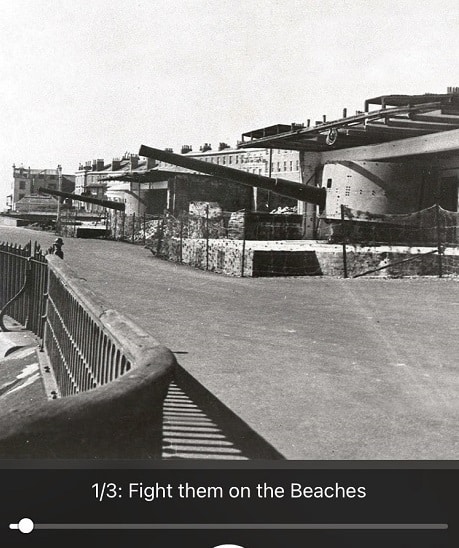 Isaac Naylor, from The Ramsgate Tunnels, said: “Adrian came to us with his initial idea and it immediately struck a chord. We had been doing a lot of research into Ramsgate and in particular the raid on the town on 24 August 1940 where 29 civilians died when 500 bombs were dropped on the town in five minutes.

“We were really keen to be involved and  we were able to help him with some of his research and share some of our image archives with him. As the project grew we decided to come on board as a sponsor and, should Eva’s War prove a success, some of the money raised will help us to continue our conservation and research of the Ramsgate Tunnels.” 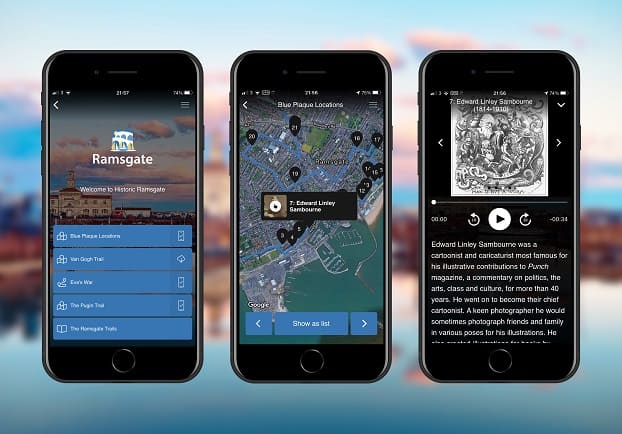 The trail takes approximately one hour to complete and can be downloaded on the Useeum app where Ramsgate Town Council has also launched two other town trails, one about Augustus Pugin and one about Ramsgate’s Blue Plaques. 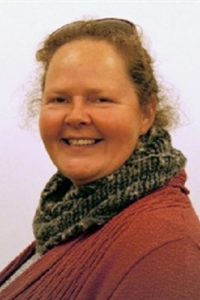 Anne Marie Nixey, Chair of Ramsgate Town Council, said: “We’re really proud to be the first council in the country to be on the Useeum app. Your Heritage approached us after seeing the work we had done with Historic England and were keen to use Ramsgate for a pilot project in the UK, primarily because of our rich history but also because two of their directors grew up here.

“With the challenges we’ve all faced with COVID-19 the Ramsgate trails will provide visitors and local residents alike with a safe and at times surprising insight into the town and our rich heritage. We also have plans to add even more content later this year including a trail centred around Vincent Van Gogh.”

To experience Eva’s War or any of the free town trails on the app you can download Useeum for free from your preferred app store.