Targeting drug networks across the isle and undertaking a ‘significant’ project to tackle supply lines, exploitation, homelessness, antisocial behaviour and crime in one Ramsgate community are just two of the priorities for Thanet’s Multi-Agency Task Force (MTF) over the next 12 months.

Led by Task Force manager Eden Geddes, the team will also be supporting people currently experiencing or at risk of domestic abuse and will be involved with early intervention in suicide risk situations.

The task force, which has 27 different agencies in its core group and works with dozens more, is developing wraparound packages for care and prison leavers in Thanet and works with those with complex and chaotic lives to help them find the best way to deal with issues such as poor mental health, addiction or risks from serious and organised crime.

The projects are in addition to a two year programme now underway to tackle issues in Athelstan and Ethelbert roads in Cliftonville, including crime, anti-social behaviour and housing standards. 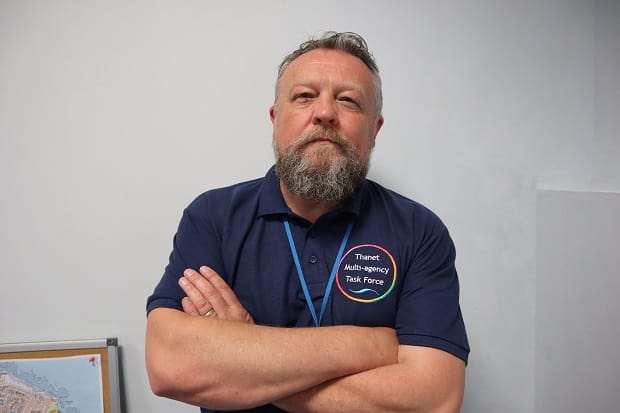 Eden (pictured above) said: “One of the fundamental issues facing us at the moment is not just County Lines activity increases – across east Kent – but also localised drug networks following County Lines methodology.

“We are supporting people who are victims of County Lines and local drug lines. Potentially a person can be a victim and a perpetrator but we always treat them as a victim as best as we are able to.

“We develop strategies for removing individuals who come here to sell drugs, exploit individuals and take from our community. Those individuals are removed at a fast pace.

“In and around that, when we are looking at County Lines it is not just police and council work, there are benefits issues, health issues, social care issues. If there are children in the property then that means children’s and social services are involved. We utilise all these agencies to go in and get a resolution.”

The latest work for the Task Force in Ramsgate will come after talking to the community about the issues and what residents need to feel safe in their homes. Eden says until that consultation has taken place, he will not name which area of Ramsgate is being targeted.

But, he said, residents are experiencing distress through youth related issues, antisocial behaviour and drug supply networks from County and local lines. There are also increased reports of homelessness, help needed for mental health difficulties and a potential risk for suicide.

He said: “Working alongside police we will go into the community and assess the scope of what the community is facing. Statistical and numerical data is only part of the picture. We need to converse with individuals in the area and see what their concerns are and what they need to feel safe in their own homes and community. We also need to find out if they want us there.

“We are not going to put a sticking plaster on this, we are looking at long-term solutions and ways of empowering communities.

“This is something that has happened in Union Row (Margate), empowering the local community to resolve issues where there have been significant reductions in drug supply and antisocial behaviour and improvements in the street scene being cleaner and more welcoming. Residents have greater pride and responsibility for the area.

“It is effective because we are not dropping in short term but going in and staying there as long as we are needed.” 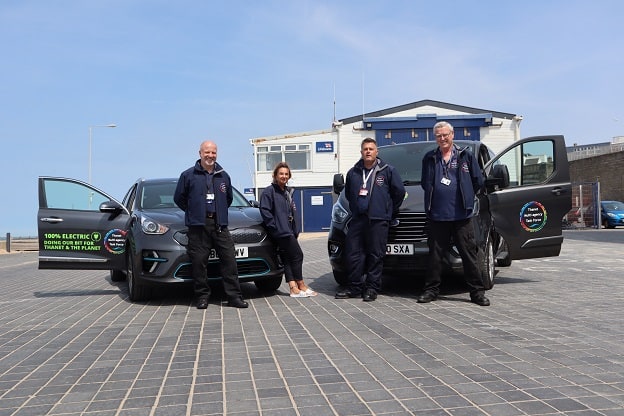 Working with people released from prison and making sure there is full support for care leavers in Thanet are two more projects due to be carried out by the Thanet Multi-agency Task Force (MTF).

Research from Kent County Council does not show recent exact figures for the district but  2016 data shows Thanet had the highest number of children in care services across Kent with 276. A report for that year also showed  40% of care leavers were NEET (not in education, employment or training).

Support for care leavers is provided by Kent County Council’s 18-plus team which is made up of Personal Advisers who help young care leavers on the journey to independent living. But youngsters leaving the system can be vulnerable and open to exploitation.

Eden said: “This programme falls very close to the heart of members of the task force who have experience of the care system or of supporting people in the care system.”

Although in the very early stages, the aim is to develop a panel which will help youngsters with aspects of day to day living and support.

Eden said: “We want to make sure their housing is where it needs to be, employment and skills are where they need to be or continuing in education.

“We know those leaving the care system can fall into criminality, fall prey to exploitation, there may be mental health issues so we need that wraparound support package to protect from those issues, if they want us. And that is very important, we do not force services on people unless we are pursuing a prosecution.

“We want to deliver those services to care leavers – although this does not close the door on other individuals. But for care leavers all available data shows life options can be greatly diminished and that’s something we want to do our level best to counter.”

The Task Force will be working with the St Giles Trust -which helps youngsters exit gangs through its  County Lines project in Thanet, Dover and Canterbury – and KCC’s care leaver team.

A £20,000 bid to the Kent Violence Reduction Unit has been made for a similar programme aimed at helping those released from prison.

As part of the Task Force’s unique neighbourhood responsibility panels which involve collaboration across agencies, the team will work with the RISE project and Integrated Offender Management staff.

Eden said: “One of things highlighted in the district was that particularly during covid there was quite a big reduction in support for individuals leaving prison or Young Offenders’ Institutions. “Neighbourhood responsibility panels involve individual clients or families to look at the complexities of their lives and the right agencies to develop strategies to help them resolve their own issues.

The programme aims to provide support around housing, employment, integration and other support. 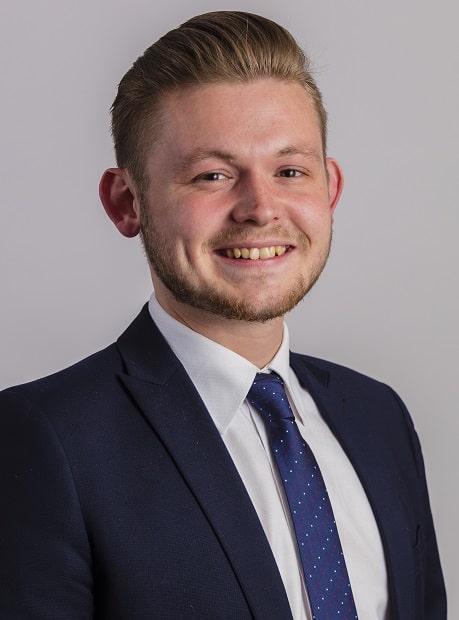 Thanet council Cabinet member for Community Safety & Youth Engagement, Cllr George Kup, said: “We are leading the way in this area and Thanet can be very thankful we have such incredible people and intelligence supporting individuals. I can’t wait to get involved, with youth in my portfolio and the youth needs focus, especially tackling county lines. Teams like Eden’s are the best way to get in the community, tackle issues and support individuals.”

A two year programme is now underway concentrating on tackling a wide range of issues in Athelstan and Ethelbert roads.

The aim is to achieve long-term reductions in both crime and anti-social behaviour as well as improving the appearance of the area by working directly with residents and businesses and increased tenancy sustainment.

What is the Task Force?

The Task Force is made up of 27 different agencies, with the core team made up of Thanet council, Kent Fire & Rescue Service; Department of Work and Pensions; Kent Police and KCC Community Wardens.

The team also links up with organisations including the St Giles Trust; housing officers and associations; social and children’s services; the NHS and Red Zebra.

The Margate Task Force (MTF) has been in operation since 2009 and was originally established in Kent’s Total Place pilot. It is the last surviving example of the model and leads the district’s Vulnerability Panel.·

Initially the MTF focused on Margate Central and Cliftonville West. In 2018 Ramsgate’s East Cliff and Central Harbour wards were included and in 2019 the task force covered the whole isle.

How is it funded?

All staff are already funded through the organisations they work for other than manager Eden Geddes who is funded by a pooled budget.

The team accesses finances for its projects through a range of government and other grants. In 2020 £100,000 was successfully secured and in 2021  more than £100,000 has already been secured with an estimate of £500,000 for the entire year. This means the Task Force is not reliant on a single budget stream.

What makes the team unique?

The Task Force uses Noticeboard -currently 36 users across 12 teams – which is a shared web platform meaning all teams have access to information sharing and a wide range of enforcement tools.

A specialist Scanning, Analysis, Response and Assessment (SARA) approach is often used – described as problem orientated policing which has been adapted by MTF to become a project plan.

Find out more at www. thanet.gov.uk/info-pages/thanet-multi-agency-task-force/