A project running in Thanet says it is dealing with an increasing number of young girls being sexually exploited and used as drug mules for County Lines crime.

The youngsters are being used to transport drugs and weapons and there is also a building trend of sex trafficking with at least one Kent incident of gangs providing drugs and young girls under their control for ‘parties’.

A specialist girls’ worker has now been employed by the St Giles Trust for its County Lines project in Thanet, Dover and, more recently, Canterbury, following an £800,000 award to enable the scheme to continue until Spring 2022.

The money comes in the wake of County Lines gangs – criminal networks involved in exporting illegal drugs using dedicated mobile phone lines or other form of “deal line” – adapting their business model to snare local children and teens as mules in a bid to operate under the radar and reduce costs.

Evan Jones, head of community services at the trust, said: “Gang work has tended to focus on those at higher levels of criminality and violence. But our County Lines work has picked up more girls and there were a lot of referrals at the end of last year.

“County Lines appear to be diversifying into trafficking girls for sex. These people are unscrupulous, where an opportunity presents itself they will take it.

“Local girls are being groomed by ‘boyfriends’ from London. Their mates are impressed. There is a subtle process where they then get the girls to do small things and build up until it gets nasty.” 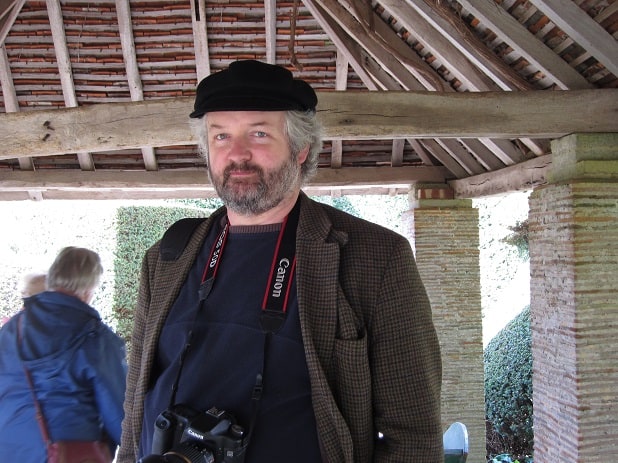 Mr Evans (pictured) also revealed that the “evolving” business model being used by gangs means the number of youngsters identified as being involved in crime operations “barely scratches the surface” as children unknown to police or social services are increasingly recruited – with those on the cusp of moving to secondary school being “at real risk.”

The St Giles Trust has been running the programme in Thanet and Dover since September 2017 to help youngsters exit the ‘gang’ operations. Mr Evans says drug dealers have moved away from using London youngsters and those in care as they look to reduce risks and maximise profits in an industry where some ‘lines’ make up to  £800,000 a year.

County Lines move drugs into supply areas -such as Thanet- using dedicated mobile phone lines -known as deal lines- to take orders. Mass marketing text messages are used to advertise the availability of drugs with dealers offering promotions – such as two for one – or free samples in return for contact details for more potential users.

Data from the National Crime Agency says there are 1,000 branded County Lines working across the country with 2,000 ‘deal lines.’ Data from 2016 compiled by organisations including Thanet council and Kent Police shows 14 London County Lines gangs operating on the isle. This figure may now be higher as an increasing number of lines operate under the radar of the authorities.

Youngsters are  lured in with offers of cash or goods such as designer clothes.

Mr Jones said: “London kids have started to see through the offer but local kids are watching drill videos, getting taken in by the image. County Lines offenders are constantly recruiting new kids who will be less visible. It’s not just about deprivation, it is also identity and belonging.

“They are looking for kids completely off the official radar and they are getting them a lot earlier. Our youngest client is 12 and we definitely hear of 13-14 year olds who have been involved for a few years. The time between primary and secondary is a real risk, particularly the Summer holidays when they are left to their own devices. We think younger kids are being targeted to shift risk and reduce visibility and the rewards are low. We hear this figure of kids getting £500 a week but it is more likely to be much less, maybe even just a takeaway.

“They are also being tricked into debt -mugged for the drugs but it is staged- and then they owe the dealer.

“There are high levels of violence and exploitation as up the line it is now dealers who are maybe 18 years old and, like all teenagers, they are impulsive and that chaos encourages the carrying of knives and guns.”

Youngsters outside of mainstream education are high risk with all those that the trust works with in east Kent excluded from mainstream schools. An evaluation of the trust’s work so far says: “Alternative education providers are continuing to struggle with the challenges of trying to engage children involved in county lines in education and in tackling the issue of being targeted by county line recruiters.”

The trust says education provision should be urgently reviewed.

Work by the St Giles Trust

The award from the Home Office and Kent’s Police and Crime Commissioner means the trust can now include training sessions for teachers as well as increasing the caseload to up to 50 a year.

In the first year of the scheme, using one-to-one caseworkers and peer support from people previously involved with gangs and drugs,the trust worked with 38 youngsters.By September 2018 35 remained on the books. Of those 11 (31%) children successfully exited county lines activity, 19 (54%) children are at decreased risk and are in the process of exiting and  five are not experiencing positive improvements with three serving custodial sentences.

Five of the youngsters are back in education with two achieving GCSE passes and three are now in employment.

The Trust works with The Missing Child and Exploitation Team (MCET) of Margate Task Force and there are monthly meetings to share information. 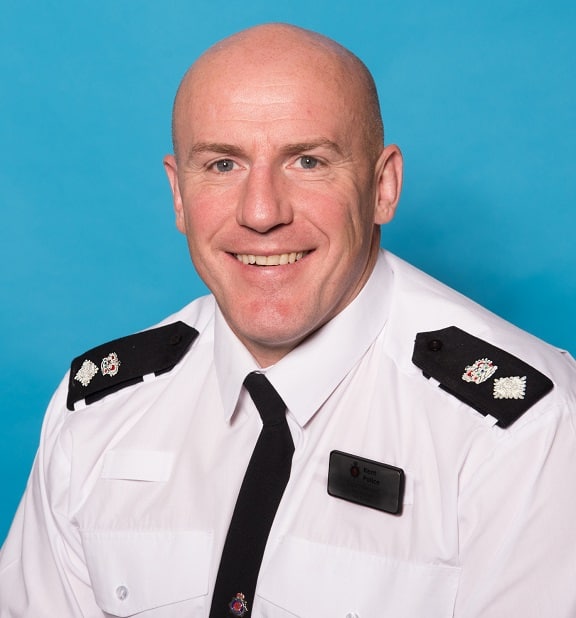 Chief Superintendent Andy Pritchard, from Kent Police’s Partnerships and Public Protection Unit, said safeguarding children is a priority for the force and dedicated  teams to tackle child exploitation are in place.

He added: “It is recognised that county line drug dealing means a minority of young people will be at risk of exploitation by those who travel into the area to sell Class A drugs, and this issue is not unique to Kent. The child sexual exploitation carried out by these criminals can happen to any young person, no matter what culture, ethnicity, religion, whether a boy or a girl from any background.

“However we have effective systems in place to identify those most vulnerable and safeguard them from harm.

“It is important for us to continuously raise awareness of this type of criminal activity and encourage the community to look out for the warning signs that a child might be at risk, which includes missing school, receiving expensive gifts, drug or alcohol abuse, hanging out with new groups and a change in their behaviour and appearance, or if a child seems to be travelling long distances.”

He said the increase in referrals is a positive sign reflecting growing awareness of the issue.

Ch Supt Pritchard said the force regularly brings offenders to justice but also highlighted that the vast majority of young people in Kent will never become involved in criminal activity.

St Giles Trust Chief Executive Rob Owen OBE said: : “We are very grateful to Kent Police and Crime Commissioner Matthew Scott for continued funding of this work. With the right specialist care and support there is light at the end of the tunnel for those affected by county lines.The high numbers of referrals suggest there is significant unmet need for this type of work. It also shows that much more needs to be done to address some of the underlying issues which can act as push factors into county lines for vulnerable young people.”

Get help and information

Anyone concerned that a child is being exploited should report it. For more information visit https://www.kent.police.uk/advice/child-sexual-exploitation-(cse)/spot-the-signs/ or if a child is in immediate danger, dial 999.

Between May 13-20 13 people, including suspects in Thanet, were arrested in an operation to clampdown on the supply of drugs through county lines.

On May 16 almost 140 grams of suspected cocaine, as well as quantities of heroin, were seized from an address in Princess Margaret Avenue, Ramsgate after the execution of a search warrant. Around £4,000 in cash, a set of scales and mobile phones were also recovered. A man aged 30 and a 25-year-old woman, both from Ramsgate, were arrested on suspicion of possessing Class A drugs with intent to supply.

The arrests formed part of a coordinated week of activity involving the National Crime Agency and police forces across the country.. Working with partners, including the Metropolitan Police and British Transport Police, officers carried out intelligence-led stop checks to vehicles, addresses and individuals in areas including Thanet.

Throughout the week officers also carried out visits to vulnerable people at risk of being exploited by county lines networks and were involved with input about knife crime at a number of schools.

National data from the NCA

Heroin and crack cocaine most commonly supplied through the lines

Threats of kidnap, violence and sexual abuse made against those trying to exit County Lines

Ending up behind bars 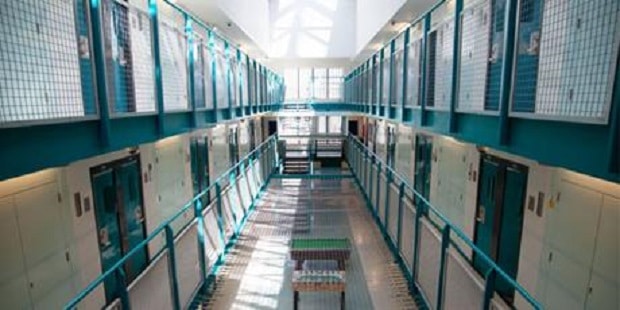 One 16 year old had been heavily involved in county lines for at least 2 years. By March 2018 he had been making good progress with the SGT caseworker, including working towards his GCSEs and even wanting to become a peer mentor. Unfortunately, a number of triggers led to him experiencing a breakdown as well as becoming involved again in a range of drug and violence related offending, although not working for a county line. He was in a state of high anxiety because an associate was being released from custody and he believed that he would be targeted because he had not received a custodial sentence for related offences.

Mother: “He was doing really well and then a number of things happened. The funding ran out for St Giles so the caseworker changed, his favourite teacher left school and he got a letter saying he was going to be taken to court (for a previous offence). He started smoking weed again and he has a bad reaction to it. Then he was drinking every day, not going to school, buying a lot of coke and going to parties. He stole a bike and had an accident and broke his leg. I was hoping that would stop him but it didn’t. He was only sleeping a few hours and he was manic. He was given a community order with a mental health order but he  kept on breaking it.

“So he was given 18 months (custodial sentence). He spent 2 months in isolation. He was paranoid and self-harming. It took 6 weeks for him to be seen by the hospital. By then I think the drug induced psychosis had reduced to anxiety. He’s now looking back over the last few months and trying to understand why he did things. He’s on a knife edge – he fluctuates between thinking he’ll set up his own line or go to college and get a career. He finds it hard to resist the idea of the money from county lines. SGT has a big role to play in helping that so that he doesn’t get drawn back in.”