After submitting their entry and waiting patiently St. Joseph’s Catholic Primary School were pleasantly surprised to receive £1000 worth of football equipment courtesy of Sports Direct and Nike, including new balls, an electric pump, cones and vests. They also received a voucher to spend on more sports equipment worth £200. 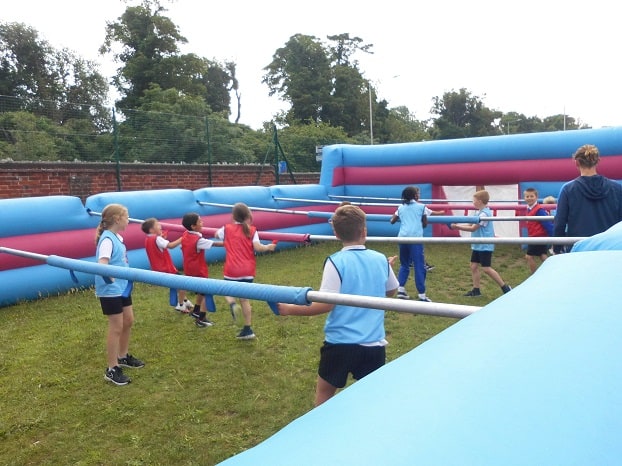 So, St Joseph’s took to the field for the most unique kickabout imaginable with a life size table football game.

Teams took part in 6 a side inflatable table football, complete with poles, so pupils could see the game in a completely different light.