The Margate NOW festival has announced some  30 exhibitions, installations, performances, walks, talks and other events for this year.

Sunken Ecologies takes on the human-made natural environment, centred on Westbrook’s Sunken Garden, a public park designed and landscaped in the 1930s.

The 2021 festival showcases Margate as a centre for the production and presentation of new contemporary art in a programme made with artists, partners and venues selected from proposals by creatives who live and work in Margate and across south east England.

Highlights of the 2021 programme:

New permanent commissions by Nicolas Deshayes, Lindsey Mendick and Olu Ogunnaike for the Sunken Garden. Three functional artworks include a gate for the Garden’s cave (to store gardening tools), a compost bin and a bench, made from sustainable materials and responding to the practical needs of the Garden and of the community group that cares for it.

Ama Josephine Budge engages speculative fiction and ethno-botany in her short story about the Sunken Garden.

Adam Chodzko’s video work maps the movements of play, drawing on the network of pathways used by children between the bushes and trees on the worn periphery of the Sunken Garden.

Sara Trillo’s installation in the basement of Nayland Rock Hotel operates as a laboratory for researching the science and archaeology of the Sunken Garden.

Shamica Ruddock’s soundtrack for the Garden reverberates online and across radio airwaves.

Writer Sonia Overall’s ‘misguided’ walks and labels tell the story of the absent plants of the Sunken Garden, through real and imagined pasts and futures.

Comparing the Sunken Garden to the bottom of the ocean, Christina Peake’s sculpture researches bio-resins, plant starch and living matter to grow a coral.

In the Sunken Garden, Cliftonville Cultural Space together with local artists, horticulturalists and others, collectively create a Jewish Sukkah, or temporary shelter, made from reclaimed materials and foraged plants, to celebrate Sukkot, a Jewish festival of the Diaspora marking harvest gathering, nature and environment. The Sukkah will present a programme of acoustic music from artists including Falle Nioke,and Polish, Roma and Klezmer musicians from the local area and beyond.

Artists and storytellers Simon Cole, Dominic Rose and Jon Spencer of Transit Collective present Global Westbrook, a walk that recreates the novelty and curiosity of a foreign holiday without leaving the area, taking in international influences on local architecture, urbanism and botany.

Elspeth Billie Penfold of Margate Bookie creates Arcade to Arcadia, a performative walk inspired by Tom Stoppard’s Arcadia, starting at the amusement arcade opposite Margate Sands and concluding at the Sunken Garden.

Open School East’s Associates co-curate a programme of talks and workshops, and the Young Associates produce a collaborative work overseen by Adam Chodzko.

Outdoor and online talks and intimate events will take place during the three weekends of the festival: 25-26 September, 2-3 October and 9-10 October. Further details of the programme will be announced at the beginning of September. 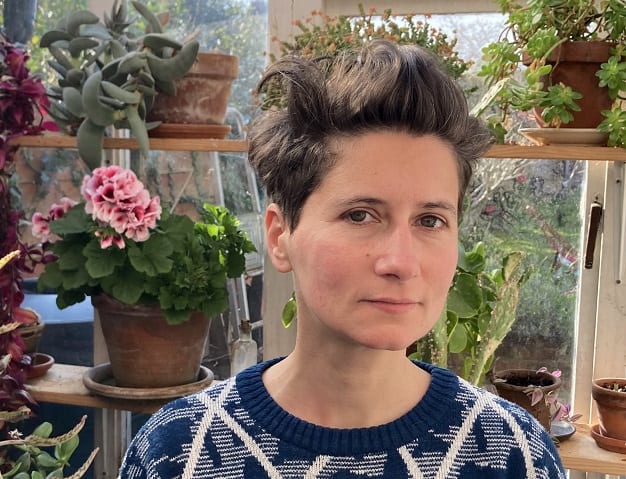 Curator Anna Colin said: “If many of the artists involved have a direct relationship with nature and the outdoor and are connected to the urgency of the climate crisis, others have been invited for their poetic and speculative approaches, and response-ability. Sunken Ecologies’ subtext includes engagement with the themes of cooperation, collective experience, colonial legacies, and reflections on the Capitalocene and the precariousness of land.”

Dan Chilcott, Jo Murray and Claire Orme, co-directors of Margate NOW said: “We are thrilled to be announcing our headline artists and partnership commissions for Margate NOW 2021. This year promises to be an exciting development for our festival, as Anna Colin consolidates the Sunken Ecologies programme with a line-up of artists that demonstrate quality and creativity.”

Margate NOW 2021 is funded by the National Lottery through Arts Council England, Kent County Council, and support from Interreg Experience and Visit Kent.

It runs from September 25-October 10.