Whilst the Princess Royal and other service personnel celebrated the 30th Armed Forces Day (June 26) with a service and parade at the National Memorial Arboretum in Staffordshire, St Laurence Junior Academy held their own celebration.

Reverend Andrew Jacobson (Priest-in-Charge of St Laurence Team Ministry), who is a familiar face around school, came dressed slightly differently than the children are used to. In his role as Unit Padre of Ramsgate and Broadstairs Sea Cadets, he was dressed in uniform and was accompanied by Sub Lieutenant Martin Philips. 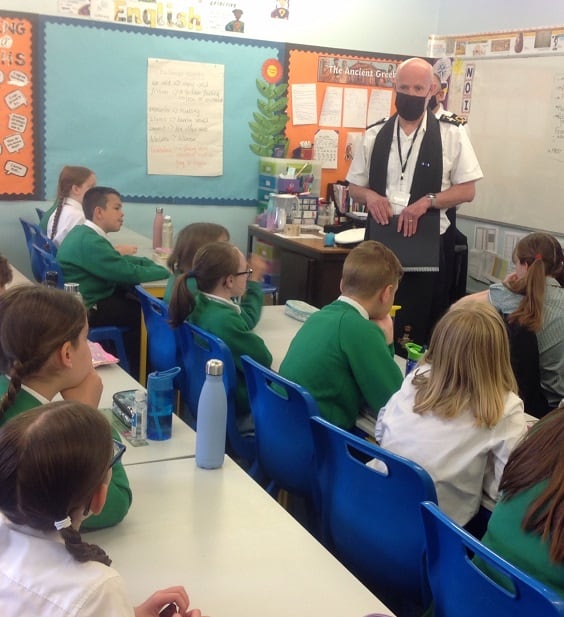 The children had lots of questions for Reverend Andrew and Sub Lieutenant Philips, asking them about their ranks and what their different epaulette meant. Fun fact – as Unit Padre, Reverend Andrew takes on the rank of whoever he is speaking with! 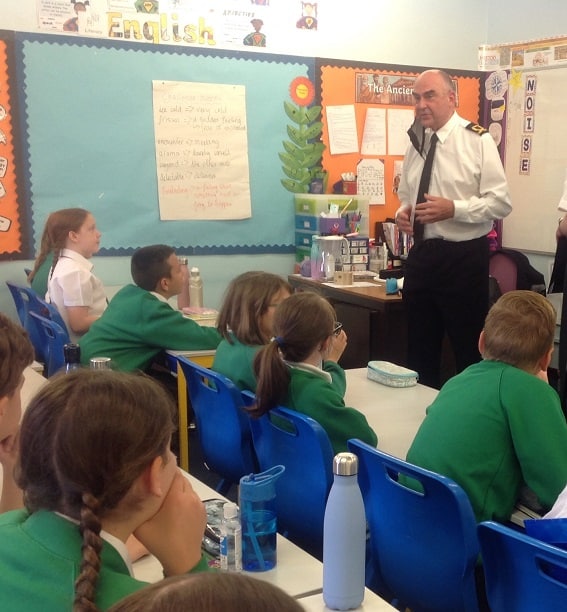 Alongside Reverend Andrew leading the usual worship, Sub Lieutenant Philips taught the children about Armed Forces Day. This is a day that allows everyone to show their support for the men and women who make up the Armed Forces community; from currently serving troops to service families, veterans and cadets. They also gave the children some interesting facts about the Navy- did you know the Navy has developed special underwear that can be worn for 3 months without being washed! This was the children’s particular favourite fact! 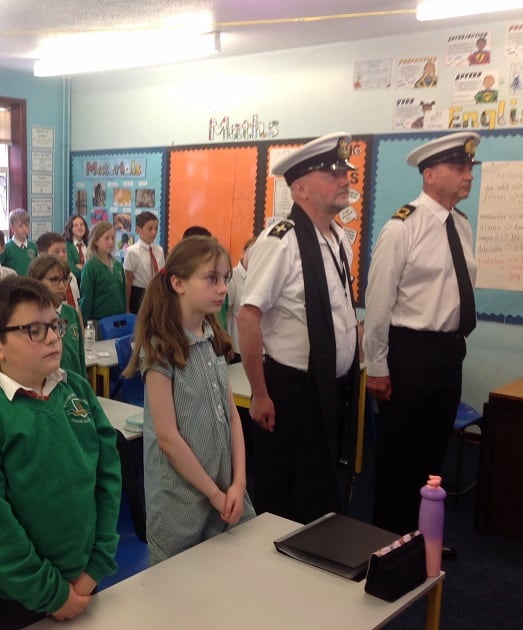 Sub Lieutenant Philips also took the opportunity to explain a little more about Sea Cadets, and all the interesting activities the children could take part in – drills, sea skills, windsurfing and powerboating – to rock climbing, camping, and music.

Ramsgate and Broadstairs Sea Cadets are recruiting new members ages 10 to 18. If you are interested or would like any more information please contact them at ramsgatebroadstairsscc@msn.com