Cllr Becky Wing, Cllr Tricia Austin  and Cllr Raushan Ara say there is no residential use designation for the port and placing families less than 100m from a cement batcher and gravel business will harm health even if they are there for only a short while.

On Tuesday (June 8) Thanet council said a section of Ramsgate Port would provide a temporary site for a Traveller group that has been at Palm Bay since last month.

Thanet District Council attended Magistrates’ Court on Thursday, May 27 seeking an order for removal of the ‘unauthorised encampment’ at Palm Bay.

The order was unsuccessful on welfare grounds and the council was required to identify an alternative, temporary site in order to comply with the court.

Land earmarked as a lorry park between the Military Road roundabout and the old terminal building has been provided for the group with space for 13 caravans.

A council spokesperson said: “The site has been identified on the grounds of the ability to provide the welfare arrangements required with access to water and sanitation, whilst being outside of a residential area and causing as little disruption to commercial activity of the Port as possible.” 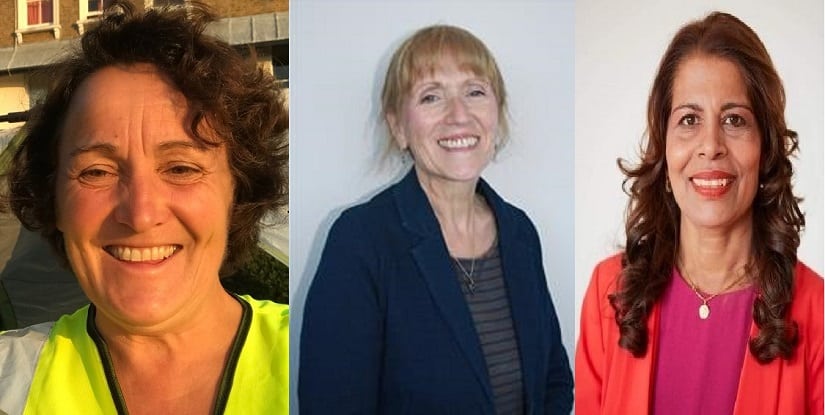 But the ward councillors say they were not consulted about the proposal and that the site is not appropriate.

In a statement the councillors say: “The Royal Harbour and Port are an important part of our ward and yet we have spent the last few days trying to answer questions from concerned residents, businesses and boat owners but have very little to tell them, because it appears officers at TDC felt no need to discuss this matter with us, or indeed involve us in the decision making.

“We understand and support the need for both temporary and permanent Traveller sites in Thanet, which would help alleviate the problems presently faced by Travellers, Thanet District Council and locals.

“Sites were previously identified and two rejected as not appropriate, including the Port, which we believe is ‘not fit for purpose’ for residential use without compromising the health and safety of anyone forced to live there, even for a short period.

“We believe the nature of the site presents serious health and safety concerns for anyone who is asked to live less than 100m from a cement batcher and gravel business with all that these hazardous commercial and industrial processes involve. “It has never had a designation for residential use. We have already expressed concerns about the impact of these businesses on the health of residents living nearby, but the proposed site will very be much closer.”

The councillors say they are not aware of any evidence to show Thanet council has followed government policy or carried out a risk assessment for the Port site and say residential use will also likely breach the council’s tenancy agreement for the use of Crown land due to underletting and having no way of knowing the VAT status of those staying, and working from, the Port site.

They say: “It is well known that Travellers find work wherever they go to help sustain their families and we do not see any reason why the Travellers located to the port will not continue this. We believe allowing this is in danger of putting us in breach of the Tenancy agreement with the Crown Estates.”

They add: “This temporary residential site will be close to a number of important national and international marine environments and an appropriate assessment of potential impact of residential use should therefore be undertaken and in fact form part of the ongoing Environmental Impact Assessment TDC is presently undertaking.

“This temporary site will create further ‘cumulative impact’ on the area. In addition, by placing families so close to hazardous industrial and commercial processes that through HSE are covered by a multitude of health and safety protocols, these families, we feel, will be exposed to potential risks. In addition, there is now open access to the site with separation between the rest of the port using Heras fencing which could be easily breached, compromising port security.”

“We are being made acutely aware of the concerns within our community and hope that this is indeed a ‘temporary’ measure that will not be repeated and we will continue to lobby for this in whatever appropriate way we see fit.”

In December 2019 approval was given for work to assess Potten Street in St Nicholas-at-Wade, Tivoli Brook in Margate and Ramsgate Port for use as temporary tolerated stopping sites.

But both Ramsgate Port and Tivoli Brook were removed from the plans in July 2020.The proposal for Ramsgate Port was scrapped because it was “undergoing a feasibility study and the proposed area is in use for the storage of cars and is returning a revenue, it is also an industrialised area and not suited to families and young children.”

A need for 7 permanent and 5 transit vehicle pitches in Thanet was identified in a study for Thanet council. Temporary tolerated pitches are when unauthorised encampments stay for an agreed amount of time.

The council says this means smoother enforcement is easier on those unauthorised encampments which chose to ignore the direction and stay on other land.

A review of sites was carried out. In August 2020 plans to use Potten Street car park at St Nicholas and land at Shottendane Road in Margate were put on hold.

Thanet council made a ‘call for sites’ through its Local Plan review. No further sites have yet been announced.

The aim was to use tolerated sites on a rotation basis to alleviate the issue of unauthorised camps on the isle. Thanet currently does not have an authorised Traveller site, with the nearest being in Canterbury and Dover.