A Ramsgate dad-of-two has been recognised in The Queen’s Birthday Honours List 2021.

Casey Abbott is honoured with a BEM (Medallist of the Order of the British Empire) for services to retail.

The Food Warehouse store manager was working at the Westwood retail park branch during the pandemic last year and put in place a number of measures to help the community, including early opening with an hour for pensioners only. 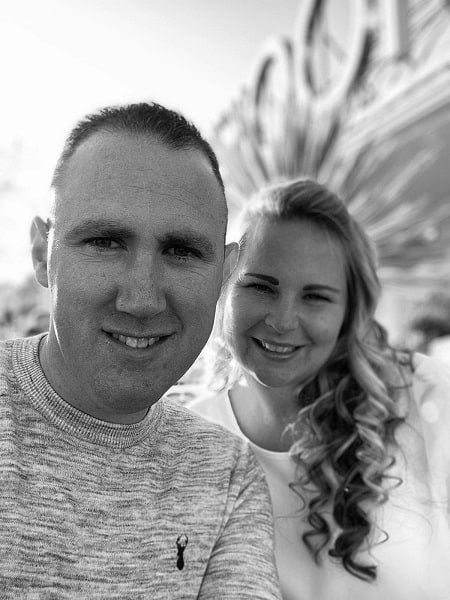 Casey, (pictured with wife Stephanie) who now manages a branch in Maidstone, says he was “overwhelmed” to find out about the honour.

The former St George’s student said: “I got a letter by email and thought it was a hoax at first. I was really shocked.”

Casey, who has worked for Food Warehouse for around two-and-a-half-years, has had to keep the BEM secret as the information was under an embargo.

He says he is looking forward to telling his parents when that embargo lifts at 10.30pm tonight. There will be a local presentation by the Lord Lieutenant of Kent and an invite to a garden party at Buckingham Palace to follow.

The Birthday Honours List 2021 includes many people who worked hard for their community during the pandemic.

In a year that has truly tested the resolve and determination of the country, almost 23% of recipients are recommended for COVID-19 service. These include recipients who have given charitable and voluntary support to communities, service in health and social care, and those who have provided critical infrastructure support.

The majority of awards are for the contributions people have made in their communities. Of those receiving an award, 62% are recognised for their community work.

986 candidates have been selected at BEM, MBE and OBE level:

695 (62%) of the recipients are people who have undertaken outstanding work in their communities either in a voluntary or paid capacity;

567 women are recognised in the List, representing 50% of the total (39% of recipients at CBE level and above are women);

15% of the successful candidates come from an ethnic minority background:

9% of the successful candidates are disabled or have a long-term health condition;

17.3% of recipients considered themselves to come from a lower socio-economic background; and

5% of recipients are LGBT.