School is a kind of magic for children at Newington Community Primary in Ramsgate.

A term of lessons and activities under the umbrella theme of Believe The Impossible left children from all age groups spellbound.

Head Teacher Cliff Stokes said: “It was such a successful learning programme that pupils are still talking about it after the school break – it made a large impact on them through a structured exploration of curiosities and phenomena of the world around them. It certainly had them pondering the power of magic and illusion that makes things seem impossible, and then questioning if they really were.”

As part of the arts-driven learning, each group from Nursery to Year 6 devised a dance, song or music performances within the topic’s theme, and these were filmed and screened to great anticipation in the school’s outdoor theatre.

Songs included The Magic Wand Song (Nursery), I Can Sing A Rainbow (Reception); I Can See Clearly Now (Year 1), Can’t Stop The Feeling (Year 2), Monster Mash (Year 3), Walking On Sunshine (Year 4), I Believe (Year 5) and Believe (Year 6). Staff joined in with their routine of the S Club 7 hit Reach. 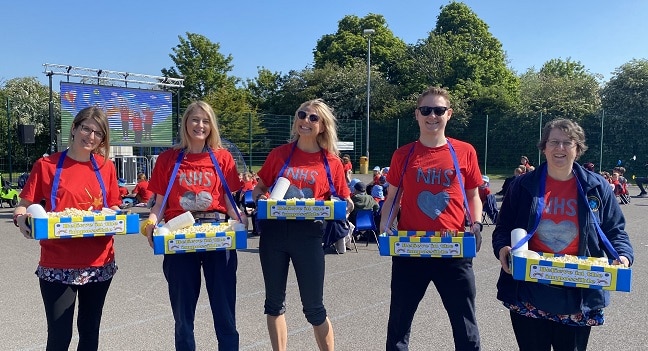 Children designed t-shirts which they wore for the event; classes produced artwork which were made into banners to decorate the arena perimeter; staff dressed as cinema ushers and treated the children to popcorn and drinks throughout the film, which was also shared with parents via the school’s social media page.

The magical theme was maintained with Harry Potter themed school lunches including Potter’s pizza with Weasley’s wedges and Hermione’s hot peas; an outdoor picnic with magic and entertainment from Magic Al and music from Music Teacher Warwick Eldred was also part of the festivities. 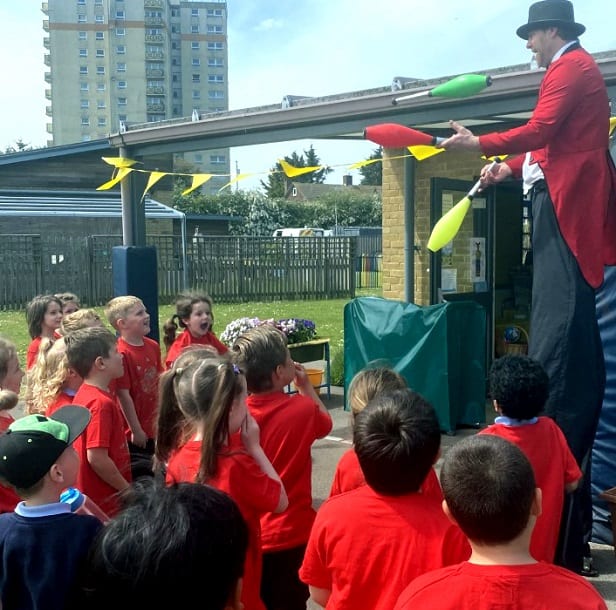 Science, space travel, natural wonders including the life cycles of the animal and plant kingdom, incredible human feats of discovery, the importance of bees, animal behaviour, and the wonders of giant construction such as massive bridges – these were just some of the fascinating adventures on the voyage of discovery for all pupils. 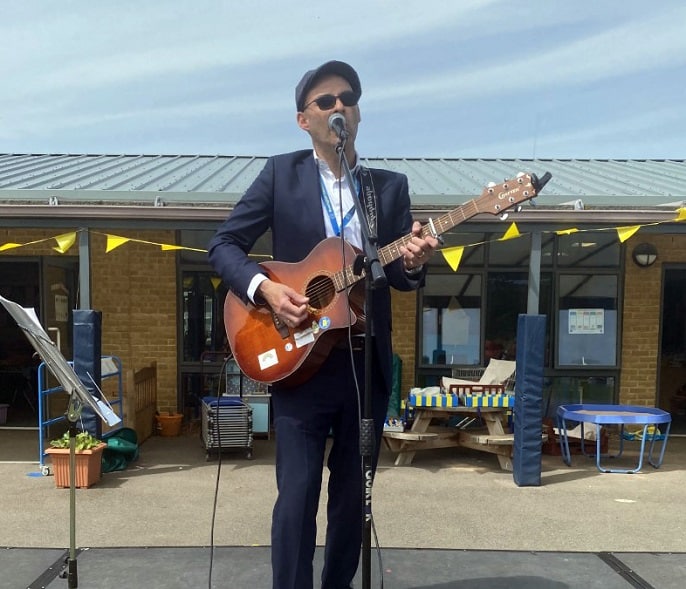 Mr Stokes added: “It was a huge success- everyone has worked so incredibly hard, to make sure that every child’s experience of learning has been magical, memorable and that enjoyment in learning has been at the heart of everything.

“The film show, and the celebrations, encapsulated the collaborative essence of the school and captured just what makes us unique and special as a community. 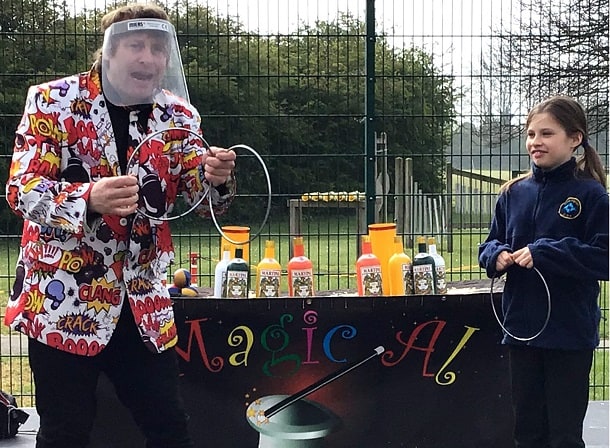 “Usually in Term 5 we take the whole school to see a West End show in London and then the learning is based around all facets of that for the following weeks. Clearly this year that was impossible due to pandemic safety precautions – but Newington made up for it in real style.

“Our activities and learning were certainly A Kind of Magic – and it was definitely a Magical Mystery Term.”