It all began on September 28, 1955 with the arrival of TB752, the Museum’s Mk.XVI Spitfire, at RAF Manston. She was originally destined for destruction at the Defence Fire Training and Development Centre (DFTDC), but the then Base Commander, Group Captain Oldbury, decided he wanted a ‘Gate Guardian’ and TB752 was selected.

TB752’s wartime career was short but, nonetheless, quite eventful. She didn’t become operational until about two months before the end of World War II and was initially allocated to 66 Squadron RAF, before transferring to 403 Squadron Royal Canadian Air Force. Whilst she was with 403 Squadron, she was credited with shooting down four Luftwaffe aircraft. Her final victory (a Heinkel  He 111) on May 3, 1945, just a few days before the end of the war, is now generally accepted as the last combat encounter between Allied and German warplanes during WWII.

The pilot was Flying Officer Fredrick W.Town. This action is illustrated in the Spitfire Hall with a painting by Michael Turner called “The Final Victory”.  Post-war, she went between numerous RAF Maintenance Units and Flight Refresher Schools before arriving at RAF Manston to take up her role as a ‘Gate Guardian’.

Standing out in the open on the site now occupied by the Museum, TB752 was treated with great affection by Thanet residents and soon became known as ‘The Manston Spitfire’. Unfortunately, the North Kent weather didn’t treat her in the same way. Whilst her appeal was still there, her structure was starting to deteriorate after 22 years of exposure to the elements and it was clear an extensive restoration programme was needed if she was going to survive.

That programme was carried out during 1978/79 by the Medway Branch of the Royal Aeronautical Society (later to become the Medway Aircraft Preservation Society, abbreviated to MAPS) at their base at Rochester Airport but, once completed, her future at Manston remained uncertain. The RAF insisted that, if TB752 was going to return, she had to be displayed inside a building otherwise she would be taken to the RAF Museum at Hendon.

Since the RAF/MoD were not in a position to finance the cost of a building, but were able to provide the necessary land, a fundraising appeal team, led by the then Base Commander, Wing Commander Colin Campbell, set out to raise the £25,000 needed. Various fundraising activities, plus generous donations from local business leaders, Thanet residents and former RAF pilots, succeeded in raising sufficient money for the building work to start in late October 1980.

Work progressed slowly during the last few months of 1980 and into the new year until on January 25, 1981, with just the steel skeleton of the building in position, TB752, minus her prop, spinner and elevators, entered through what is now the South-East brick wall. Once inside, the walls and roof were completed and the aircraft’s parts refitted before she was finally ready for her big day as the summer months approached.

On June 13, 1981, the Spitfire Hall was formally opened by Air Vice Marshal John Howe CBE, AFC, RAF, after which TB752’s ‘fan-club’, together with tour groups organised by various coach companies, visited her new home. Apart from being repositioned within the building a couple of times, and being repainted in the colours of 403 Squadron RCAF, that’s where she stayed until 1988 when she was joined by our Mk.IIc Hawker Hurricane. Once again, funding for the Hurricane Hall, formally opened by Dame Vera Lynn CH, DBE on October 7, 1988, was achieved by a combination of fundraising events and public donations.

The Spitfire & Hurricane Museum at Manston is free to enter but donations are always appreciated. Face coverings must be worn inside at the current time.

The site will be closed on Mondays and Thursdays until further notice.

The museum is looking for volunteers to help run the gift shop and there are also vacancies for volunteer gardeners to assist with tending the museum’s Memorial garden. Either a morning or afternoon once a week is all that is required.  Potential volunteers can find more information by visiting the website and clicking on Volunteering.

The on-site Merlin Café is open seven days a week. Seating outside is available.

Covid screens have been implemented to keep pilots and instructors at a safe distance. 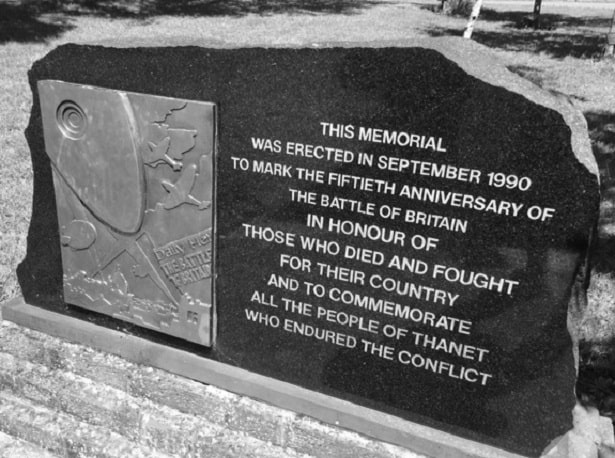 The museum commemorates the brave men and women who served in defence of our country through its displays of the aircraft and objects they used as well as telling their stories.

The Museum also hosts the Allied Aircrew Memorial garden which has regular services and commemorates those who fell in defence of their countries.

The facts regarding the Museum’s and TB752’s history, are in a book, entitled ‘Sanctuary !’ Available from the Museum book shop priced £7.99. Author Peter Neale.