Faye Beerling is a fiction writer, mainly of children’s books which have been bought by agencies including NASA. She has received letters of thanks for copies of her books from former Australian Prime Minister Martin Turnball and Her Majesty Queen Elizabeth II and has scooped official endorsement from the Ministry Of Defence.

Faye and husband Howard moved from Herne Bay to Birchington last year, during the pandemic. 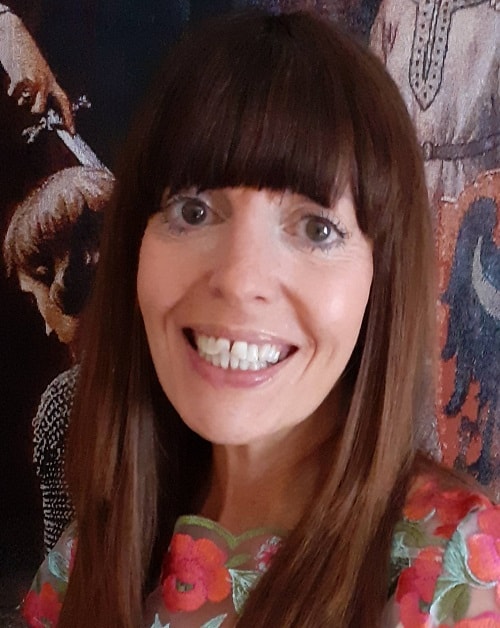 There is something very appealing about the sound of bells ringing at All Saints Church on a Tuesday evening. And nothing remotely solemn about Solomon Joseph Solomon’s work of arts.

Solomon was an amazing artist – perhaps that is why his parents named him twice. Either way, he left his mark in the world of art and on British Tanks during WWI when Solomon pioneered new techniques in camouflage.

He has his own Wikipedia page and features on a Facebook page called Hidden History. Although details of his home life are no longer hidden, Solomon did live in Birchington, he owned White Cliffe Bungalow and his second studio (he had two) was a real-cliff hanger – literally! Or rather it is today, abandoned and teetering over the edge of a cliff, at the end of White Cliffe garden.

I am an author of mostly children’s history-based books, they sell from Birchington to Boston in the USA, and even NASA has nabbed some! 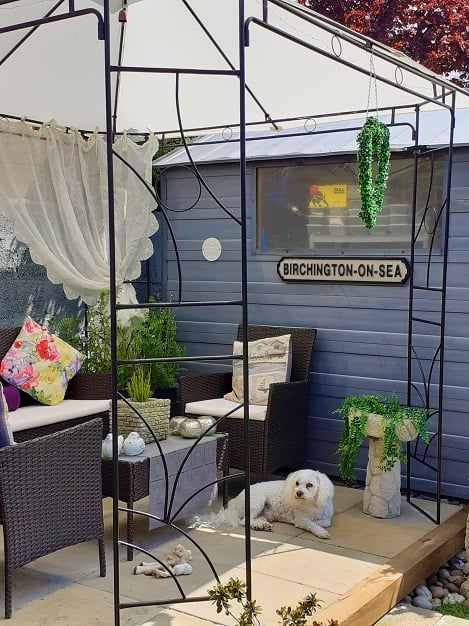 Since moving to Birchington, my beautiful bungalow is a haven of happiness and harmony and paradise – birds of paradise in fact, as parakeets pack the trees, and branch out as they swoop across the sky winging their way to Westwood Cross.

Just off the roundabout is a square, Birchington Square, known as The Square. It dates back to 1240, and at 1300 I stop for lunch! Bad jokes aside, Birchington-on-Sea is in fact, a village – with a coastline! If that’s not confusing enough, the village is built beside four sandy bays. Minnis Bay, Grenham Bay and Beresford Gap and Epple Bay – and the Buddha Bay Balcony on Facebook has some great sunset shots for you to admire!

Minnis Bay was once the site of an iron-age settlement. Nowadays it’s mostly a site for any age settlements as they rock up during the summer months and settle down for the day, to soak up some sun, sea, and sand. Some settle overnight and camp out in their camper vans.

Birchington is also home to a twelve-bell church tower, nine churches, eight bars, at least four fish and chip shops and two dragons – The Royal Dragon and The New Dragon (Chinese take-away’s). It also has some Hidden Treasures – a shop full of them in fact.

The Railway Station was opened in 1863 and closes at 23:06 most evenings after the last train leaves. The Railways Hotel, which is now The Sea View Hotel pub, first opened in 1865, although with all the newer building blocking its view, the sea-view is now somewhat hampered.

A place full of posh caravan parks, fields of gold in the summer and twinned with a town in France, whose name I cannot pronounce, is now my home. Our new home, our haven, our happy place, a place where my husband and I, and our beautiful bichon can grow old together and once lockdown is fully lifted, hope to meet, and make new friends and bring old friends here for a visit and to immerse themselves in the beauty of Birchington-on-Sea.