During lockdown, as pools closed,  many people took to open water swimming and found a sense of community, companionship and simple pleasure in the embrace of the waves. Ramsgate’s wonderful community of swimmers, affectionately known as the ‘Mermads’, will be celebrating the isle’s sensational coastline with a fun and exhilarating synchronised swim, while highlighting the very real dangers posed by rising sea levels. 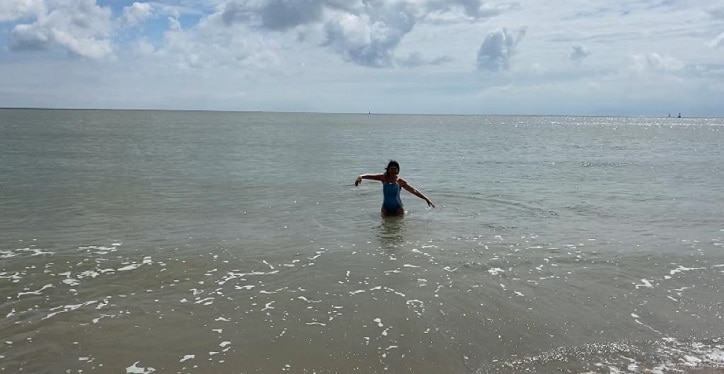 A spokesperson for Thanet XR said:“Extinction Rebellion is exhorting us to bring to public attention the dangers of rising sea levels amid climate chaos, global warming and the diminution of our ice-caps. Already, climate disasters are displacing more people, globally, than wars.

“Those displaced are some of the most impoverished and disadvantaged peoples on Earth. In Thanet we are playing our part in the Make the Wave movement by rejoicing in our wonderful beaches, with our resilient open water swimmers celebrating with a synchronized swim off Ramsgate Main Sands. Come and join us!

“Support these courageous cold water dippers in the hilarity of this protest, whilst raising awareness of what we stand to lose if we stand still and do nothing in the face of this man-made climate emergency.”

The synchronised swim will be performed at noon on June 10 on Ramsgate Main Sands. Swimmers don’t need to have experience of synchronised swimming; there are rehearsals planned and a video will be posted online. All abilities are welcome; if you don’t feel like getting wet, join the procession on the Rainbow Steps, or dance on the beach. Above all, the protest will be fun. 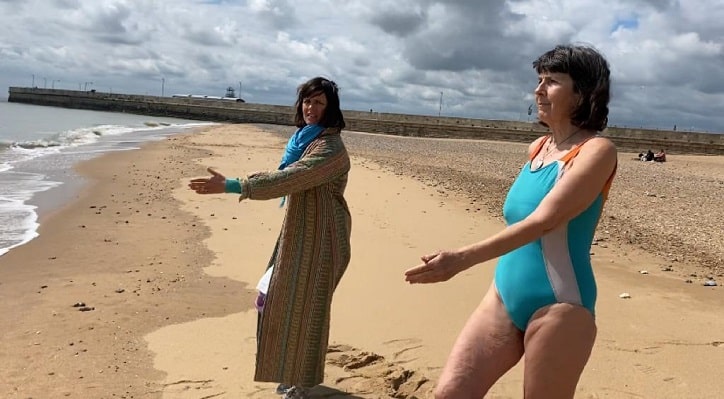 Shahla Rushworth, who is choreographing the swim, said: ‘It’s been such great fun to choreograph this routine. I was a Synchronised Swimmer in my youth and it’s been such a joy to revisit it for such an important cause.’

Councillor Becky Wing, Thanet Green Party , added: “Thanet Green Party is pleased to join with local campaigners from Extinction Rebellion to highlight the dangers to us all through rising sea levels due to global warming. Make the Wave is planned as an exuberant and joyous celebration of our wonderful coastline here in Thanet, but with a serious message: if the Climate Emergency is not addressed wholeheartedly with conviction and real commitment by those in power, there is little we can do as individuals to turn the tide. 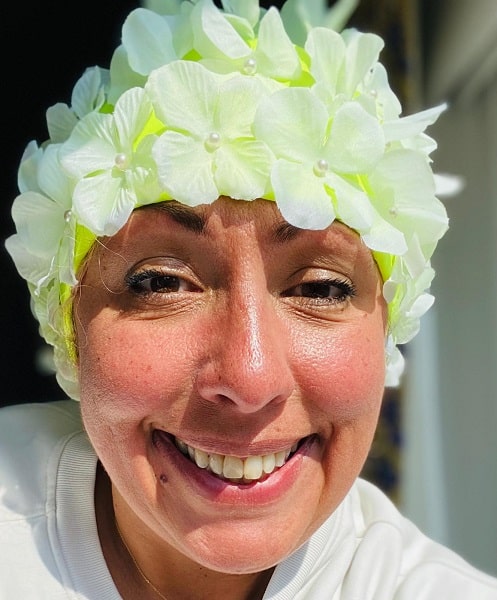 “So great is the danger to us all, but especially the most vulnerable world communities, that we can no longer allow governments and big business to bury their heads in the sand and carry on with “business as usual”. We all have to do our best to fight for change. We can, as individuals, make changes to our lives which can help. But it is centralised concerted effort to change the way we impact our environment which must be led by our politicians.”

Labour Kent County Councillor for Ramsgate Karen Constantine is also supporting XR’s initiative and has challenged the KCC cabinet member for the Environment to improve Thanet’s reduction in CO2 emissions. According to Kent’s own environment indicators, Thanet’s emissions are not reducing at the same rate as the rest of Kent.

She said: “Thanet residents do not want to be a poor ‘environmental cousin’. Further research is required to understand why Thanet is not progressing at the same rate as other areas and urgent action is needed to catch up, especially given the importance of our coastal ecology.” 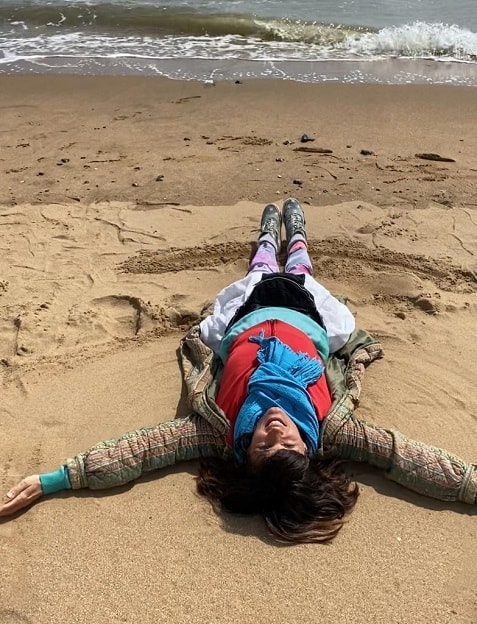 Cllr Constantine is now waiting for the detail regarding improved actions by KCC on electric vehicle charging points, reductions in fuel poverty and an increase in cycle lanes.

For more information and to join the swim please join the Facebook Group:  Make The Wave Synchro Team

About Make The Wave

MAKE THE WAVE is a UK wide Action being held around the country in the four days (7-10 June) leading up to the G7 conference on 11-13 June in Carbis Bay, Cornwall. MAKE THE WAVE will send a signal to Boris Johnson and the other delegates saying that ordinary people in coastal communities demand more action to tackle the Climate Emergency and Sea Level Rise. The UN estimates that there could be anywhere between 25 million and 1 billion environmental migrants by 2050, many of those on the move because of the effects of Sea Level Rise.