Thanet council is sending its biodiversity and horticultural officer to attend a site by the Premier Inn in Margate following concerns over workmen undetaking tree and undergrowth clearance during nesting season.

Workmen are on site clearing an Oak and other trees from the plot by The Promenade, next to Margate railway station.

A nearby resident says they were told the work was underway “due to concerns about a homeless person sleeping there.”

A Thanet council spokesperson said a check would be made and advice offered to those responsible, adding: “Our biodiversity and horticultural officer will see if he can attend as it is strongly advised not to carry out this type of work in the nesting season and if they do, to check for nesting birds first.” 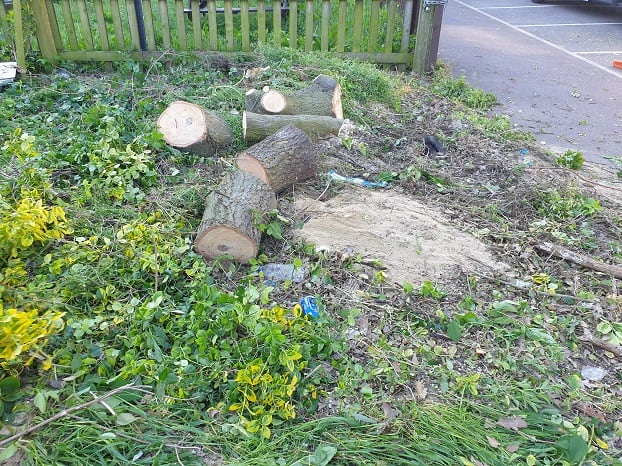 The RSPB recommends to avoid hedge cutting during the main breeding season for nesting birds, which usually runs throughout March to August each year. This can be weather dependent and some birds may nest outside this period, so it is important to always check carefully for active nests prior to cutting. 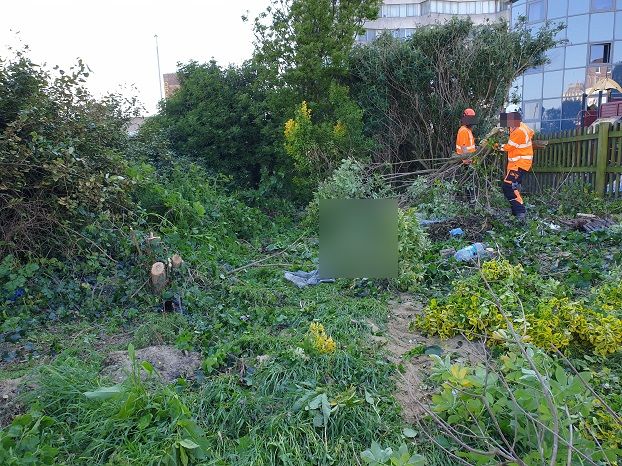 An intentional act would be know there is an active nest in the hedge and still cutting, damaging or destroying the nest or contents in the process.

A Whitbread (responsible for Premier Inns) spokesperson said: “Essential maintenance is always carried out outside of nesting season, except in exceptional circumstances such as for safety reasons, including the prevention of vermin, clearing of rubbish, fly-tipping or if overhanging or weak branches that would pose a risk to the public or children’s play areas.

“In Margate, professional accredited third-party contractors are trimming a number of hedges, which are individually checked for nesting birds before being scaled back.”

If an active nest at risk, contact the police on 101, and ask for a reference number.