A campaigner, passionate carer of people and animals and a woman “who punched above her weight” will be remembered at a service on Tuesday (June 1).

Pat Thompson, from Margate, passed away on May 9 aged 78. A service will be held at Thanet Crematorium at 2.30pm.

Pat spent her life helping and ‘rescuing’ others, from her time in the RAF and then the Metropolitan Police to a career in social work and the taking in of dogs from Romania.

In her hometown of Margate she campaigned for road safety measures by St Gregory’s school and was a founding member of Salmestone Ward Residents’ Association.

Pat was born in 1942 in Cardiff and lived in Wales until she was 14.  She was one of four siblings – Graham was the eldest, then came Pat, Linda and Anne. Pat was very protective of her younger sisters and had a special bond with Linda.

Her father was in the RAF and was posted to England – Hertfordshire.   At the age of just 16 Pat joined the RAF and became a leading aircraft woman.  In the early 60s this was quite something for a woman. Pat was very proud of her role and is described by friends and family as someone who “always punched above her weight.”

Following the RAF Pat joined the Metropolitan Police until she was knocked down by a Bentley and injured her knee. After this she went into a career in social work with children.

Pat was not a religious person even though her father was a very strict Catholic,  but she was very spiritual and often referred to the Tree of Life, which was reflected in her love of life in general and above all her love of humanity.

She promised to look after her nieces when one of her sisters was dying and will forever be remembered for the importance she gave to this role.

Pat moved to Margate in the late 70s.  She owned a small cafe and enjoyed being in the middle of everything.  It was here that Pat met Bob 38 years ago, he was a coach driver.  During this time she was living in her flat in Addington Street.  Romance blossomed and they were married.

Pat was the founding member of SWRA –  Salmestone Ward Residents Association.  This became a very active group in Kent and in fact, the largest group in the south east and she was at the heart of it all.

She never had children of her own but Ben became like her adopted son. He was a colleague that worked with Bob and needed a place to stay. Pat had taken him in and he became family. Sadly Ben died suddenly in 2016 and part of Pat’s spirit died with him.

Pat had many dogs throughout her life, most of them rescued, particularly from Romania.  Sky and Harley were her most recent pets. Sky passed away in April but Harley survives her.

Pat is remembered for her very dry sense of humour and her love of talking. she always liked to look forward and when she became ill and the country went into lockdown, she was affected quite badly.  She decided to plan a street party for Salmestone Ward for when lockdown was over. 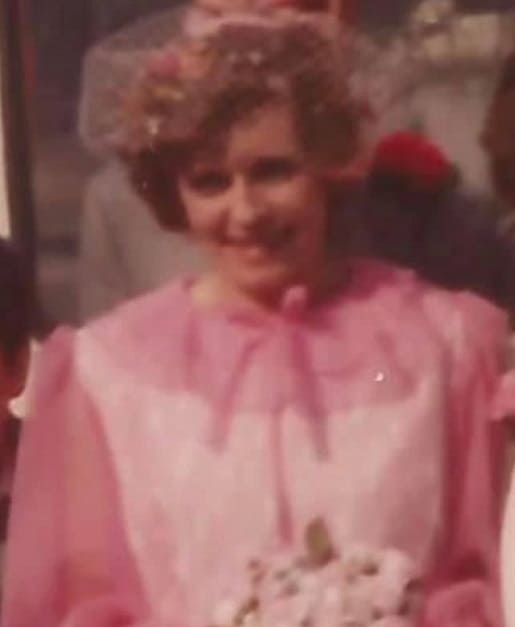 She collected many things for the party and  created a theme with  sumo wrestling suits for the unfortunates that were selected to put on a fight to entertain everyone. She had collected bunting, bought drinks, sweets for children and so much more in preparation for this party. Sadly she never made it but she clearly had hope during this time and never lost her zest and love of life.

Niece Kerryanne said: “My aunt was a formidable woman. She told you how it was, not how you wanted it to be. She didn’t sugarcoat her words. She could freeze you with just one look.

“She fought for what she believed in. She was someone you wanted in your corner. I was lucky. As her niece I had that unwavering love, devotion and support. She was always in my corner. We will miss her very much.”

Cameron Dougherty, SWRA Chair, said: “Pat was a founding member of the Salmestone Ward Resident’s Association, and has been a constant presence over the years since our formation.

“At heart, Pat was a campaigner, and a fearless one too.  She believed in the value of community and dedicated much of her life to the residents of Margate, a town that she loved.

“Lockdown was cruel to Pat, her health meant that she was forced to shield at home, and wasn’t able to participate as fully as she wished to in civic life.

“Despite this, Pat was generous with her time and resources and continued to support local causes, particularly the Margate Independent Foodbank (MiFoodbank).

“She also spent a lot of time planning and preparing a party for Salmestone residents to celebrate the end of lockdown, and I know how much joy this gave her.

“Pat’s loss is felt deeply by the committee and members of SWRA, by her family, her friends and by her beloved dog Harley.”

Friend and ward councillor Pauline Farrance added: “I had the privilege of meeting Pat and working with her on the Salmestone Ward Residents’ Association – a thriving organisation of which she was rightly very proud.

“Pat was a wonderful woman and I so admired her determination to do what was right and good, no matter how difficult.    She cared so actively about her community – we could all take a very big leaf out of her book.

“Pat didn’t just ‘talk the talk’, she always ‘walked the walk’.   When the local school started using the entrance opposite her house (due to covid restrictions last year) Pat’s immediate thought was for the children, with the dangers of a busy road with parked cars and speeding traffic.  Pat was on the phone straight away!

“After a few months of persistence, we had all the road markings and notices as requested by Pat, the head teacher of St Gregory’s, and I.  It was such a relief for Pat to have the warning notices in place  -she had been so fearful for the children crossing the road – that we managed to coax her into a photograph outside the school (above) to celebrate our achievement.   A rare event, and such a special picture!

“We will miss her and her brilliant indomitable spirit so much. RIP dear Pat.”