In January nine-year-old Aurora Pile-Gray’s family were told they may lose their little girl as a rare and aggressive cancer took its devastating toll.

The previous November Aurora – affectionately known as Rory – had been declared in remission from the disease that she had been fighting since May 2020 but a cruel blow saw a severe relapse with the cancer progressing to her skull, eyes, neck, spine, liver, kidneys, lungs, abdomen and pelvis.

After a year-long battle with the disease, seven rounds of intensive chemotherapy, stays in Royal Marsden and Great Ormond Street hospitals and targeted therapy with trial drug Inotuzumab, Aurora was declared cancer free again at the end of April.

The Inotuzumab drug also offered the family, who live in Garlinge, a chance for Aurora to be at home despite treatment.

Mum Keisha, 28, said: “We chose Inotuzumab because it meant a better quality of life for Rory, she could come home to us and her brother and sister rather than having to be in hospital.”

The trial drug, and cancer all clear, opened the way for the youngster to undergo a bone marrow transplant on May 13 – all the more vital as chemo had wiped out her immune system.

First there were 10 radiotherapy sessions to get through involving cranial boost, where Aurora’s face was bolted to the bed so she couldn’t move.

The transplant – which is universally referred to as a new birthday to signal a second chance at life – took place at the Marsden and involved replacing old bone marrow cells that are failing to produce healthy new cells, with cells from a donor. The aim is to create a new immune system and hopefully prevent cancer returning or mutations occurring.

The stem cells Aurora now carries should begin to reproduce in her own body and allow her bone marrow to work as normal in producing healthy red cells, white cells and platelets, since her body is no longer capable of doing so after the effects of both the cancer and the treatment.

Aurora’s donor cells were frozen in December which meant on the day they had to be defrosted and infused within 20 minutes. Aurora’s donor produced nine bags of stem cells. Only four were required, leaving 5 for future use if needed.

Each bag is defrosted in a water bath around 38 degrees so that by the time it’s infused it’s not too different to body temperature. They are then put into separate syringes and pushed through a central line into the body.

The family have been told  there is just a 10-20% chance that the transplant will achieve long lasting remission, but the St Crispin’s school youngster has so far beaten the odds and mum Keisha says her little girl is a fighter. 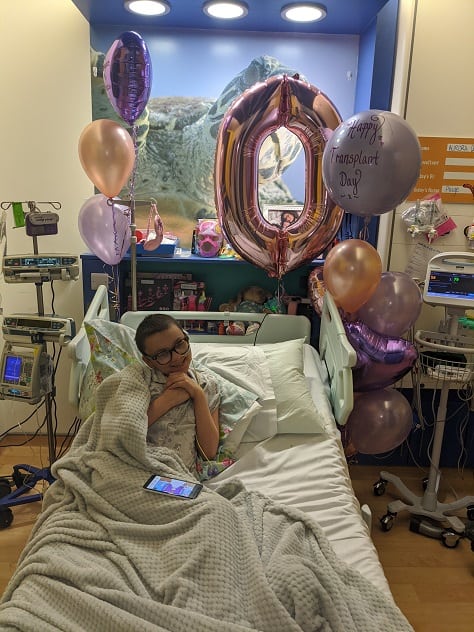 In her blog Growing Pains and Paper Planes, Keisha says: “She’s been amazing throughout this entire journey and I’m unbelievably proud to call her my daughter. I’m in awe of her strength, determination and resilience and she’s shown us all that sometimes the smallest hearts overcome the biggest battles.”

So far Aurora has responded well to the transplant and there is evidence of engraftment where the donor cells find their way to her bone marrow and begin to make new blood cells. White cells are the first to engraft which include neutrophils, then red cells and then platelets.

Keisha said: “We were worried the effects would be awful as Rory was so sensitive to the chemo but it is going really well.

“Rory is up every day, listening to audio books and doing lots of colouring, cracking jokes and just being Rory.

“It is such a relief. In January when we realised the cancer had spread and she could lose the use of her legs, bladder and bowel we had to talk about making her comfortable at home. But we were not ready to give up. I said it wasn’t that time yet, not all the time that Rory was laughing and joking and looking forward to seeing her brother and sister. She wasn’t giving up and we weren’t.

“Now there has been this complete 360 turnaround. Everything still depends on how she takes to the transplant. On day 28 a sample will hopefully show what percentage are donor (cells) and what percentage are her own. Hopefully it will show primarily donor.” 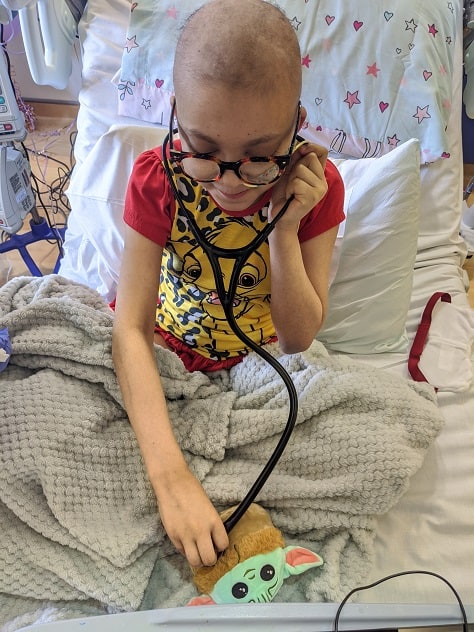 Rory is on immunosuppressants for up to a year but potentially could be able to return to school in six months time.

Keisha said: “She’ll go back as a Year 6 and has missed two years but has been doing schoolwork for an hour each day.

“She is looking forward to it, more the social side than the work!”

Rory has won the hearts of the Thanet community during her battle with cancer with many following the family’s progress through Keisha’s blog and also donating to a fundraiser for life-saving treatment. People also signed up on the bone marrow register following Keisha’s highlighting of the desperate need for donors, especially people of mixed ethnicity.

Keisha said: “We are unbelievably grateful and humbled by the support people have shown us over the past year. The kind words, the gestures, the gifts, the donations, the shares, the marrow registrations and the sense of community has helped us more than you will ever know.”