A much-loved community pub has reopened in Cliftonville after loyal punters stepped in to take on the business.

The Tap Room in Prices Avenue gained popularity by bringing the community together and offering an informal place to drink good beer and meet new people.

New co-owner Leanne Walsh says regulars wanted to keep that tradition alive. “When I first moved to Margate, I worked behind the bar here, we respect the old Tap and we loved it. It’s a real community pub and what everyone has been missing during lockdown,” she said.

The micro pub was among a host of other hostelries to pop up over the isle and was the brainchild of local Phil Leader – it quickly gained popularity for being an informal place to enjoy Kentish ale and on occasion listen to live music.

Amongst the regulars were Barry and Nicky Vicar who stepped in to take the pub on after a discussion with Phil.

Barry said: “We jumped at it and then approached our neighbours Leanne and Matt Walsh to see if they wanted to join us –   it was important to have the same vibe here.” 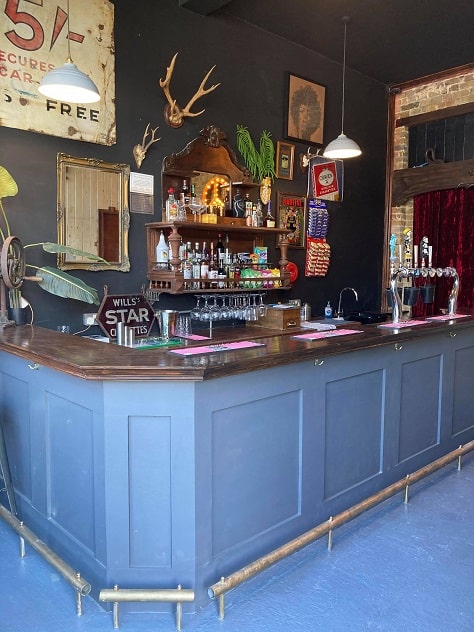 Barry is no stranger to pubs having opened the popular Sea Shed on Margate Main Sands but The Tap Room is his local and a very different offering.  He said: “We live around the corner and it’s nice not to have to go into town for a beer.

“It is my favourite place to drink. We have an Estrella lager on tap and beers from London Fields and Northdown Brewery-they’re all key keg so no need for a chiller room which has made more space. There’s space at the back and we want to keep it as a snug,” he said.

They were keen to maintain the ethos and vibe behind Phil’s tenure and as such there are recognisable features like the original taps and vintage signage from the former bar.

Leanne, who designed Libertines’ hotel The Albion Rooms and Buoy and Oyster holiday lets, created the bar area which now also reveals the original brickwork and a new traditional bar. 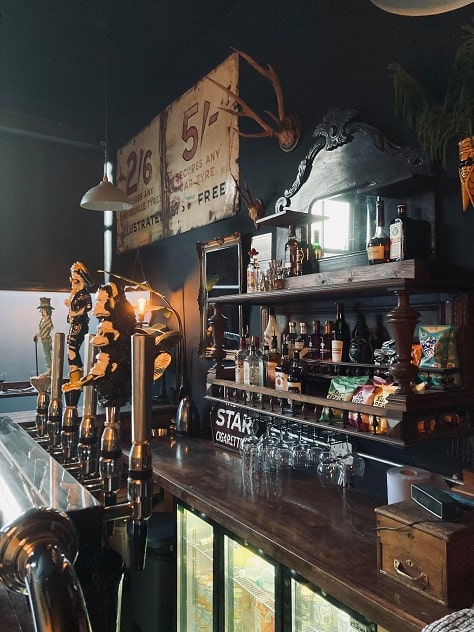 Leanne, who also runs a vintage furniture shop at Lost Property, Northdown Road, says the bar was constructed by using a discarded dresser. She said: “We just found it in the street and salvaged it. It was important for us to have an old pub feel which is why we have the red velvet curtain and the foot rail.

“There have been so many newcomers to Margate and of course with the pandemic they have not been able to meet new people or places so we look forward to people coming -we want to create a place where you would be happy to come on your own for a pint.”