Plans for 153 ‘modular’ homes to be  created at the Westwood Lodge site in Poorhole Lane have been approved.

The application for access, appearance, landscaping, layout and scale of the development was discussed by councillors on the planning committee last night (May 19).

An initial proposal for the site had been rejected by Thanet council in August 2015 but was approved on appeal by the Planning Inspectorate in February 2017.

However, former developer applicant Places For People Homes Ltd pulled out of the scheme last year. During the second half of 2020 Rooksmead Residential Ltd agreed terms with L&G Modular Homes on a revised set of proposals.

L&G Modular Homes have made a series of amendments including moving new builds further away from the existing buildings and retaining more of the trees onsite. There have also been added habitat and biodiversity features as part of a ten year woodland plan.

Michael Dempsey, business development manager at L&G, told the meeting that there had been a ‘collaborative approach’ with officers to produce the amended project.

He said L&G was taking a ‘totally new approach to housebuilding’ with homes that were highly energy efficient and that reduced construction time on site.

The modular homes, which are built in Yorkshire, are made to the highest energy performance standard which, Mr Dempsey said, only 1% of homes reach.

The Westwood Lodge project is the third build by L&G in England with others in Yorkshire and Bristol.

He said: “We believe this excellent scheme respects the context and  respects biodiversity.”

The scheme will mean the removal of some trees, including some with preservation orders. The plans include replanting native species. 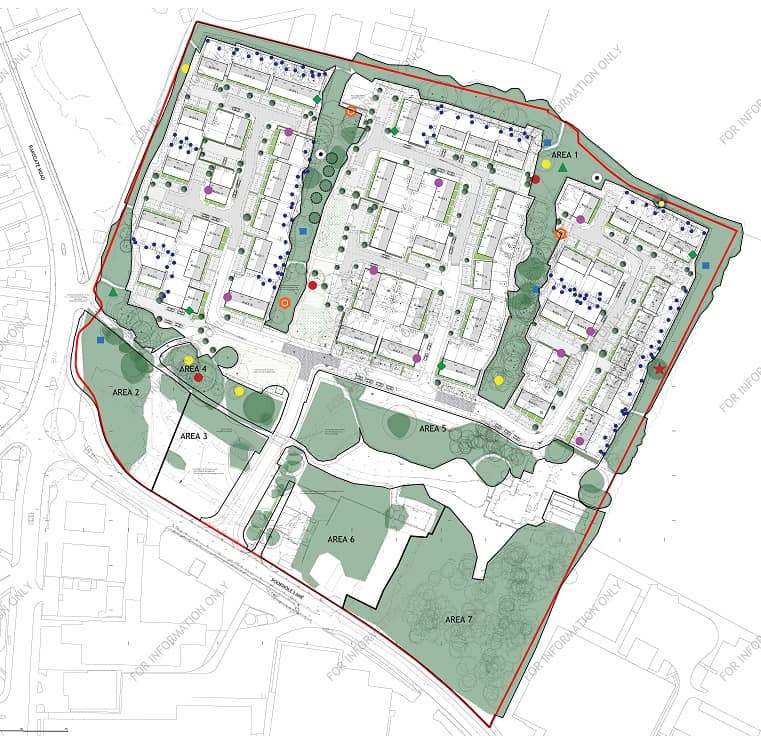 No formal boundary is proposed between the new development and Westwood Lodge. This will remain as existing, with the boundary formed by existing trees.

The listed entrance gates will be retained and opened up to pedestrian access along the carriage drive and a new access created.

An extra 2.89ha of woodland has been retained compared to the first proposal, wildlife corridors, wildflower areas, hedgehog highways, a pond and swift and bat boxes are also included. Planting will include cherry, conifer and Dutch Elm trees.

During the meeting Broadstairs Independent councillor Ruth Bailey read a statement from Tree Warden Karen McKenzie saying that the family at Westwood Lodge were entitled to sell their land and with the outline permission already granted the best way forward was working together.

She added: “This landscape-led scheme could become a blueprint for how development could be delivered in the future.”

She said the 10 year woodland management plan would be monitored and also noted the development was “100% housing association led.”

Once on site construction is expected to take a matter of weeks. The scheme, which will include 30% affordable housing, will be mainly in the northern area of the 8.2 hectare site.

Concerns were raised by Cllr Mark Hopkinson that the site had been a ‘green wedge’ area – a designation that has now been removed – and protected trees were going to be felled. He sought assurances over the woodland plan monitoring and the ability to take enforcement action if required. Cllr Garner also raised the need for the woodland plan to be monitored closely but said he would have preferred the initial plan not to have been granted permission on appeal.

The committee voted overwhelmingly in favour of approving the application.

Last year the Thanet Trees group demonstrated, dressed as zombies, against tree clearance at the site. The site was thought to be a former medieval plague burial pit but a heritage study carried out as part of the application says this could not be confirmed.

Yesterday protesters were also outside the council offices to show their anger at the felling of the Sycamore tree on a development site in Duke Street and to question what had become of plans for a community garden at the plot.

Campaigners are taking legal action over environmental ‘crimes’. They raise the concern that Thanet has just 4 % tree canopy cover.

They are being supported in legal action by Fight Planning Crimes, a new collective which will challenge the legalities of the felling.

The collective is represented by Paul Powlesland, an environmental lawyer who runs Lawyers for Nature.

A legal fees fundraiser can be found here

What are modular homes?

Modular homes are built from manufactured sections, known as modules. The modules are designed to fit seamlessly together and are manufactured off-site, transported to their development and then combined to form a finished property.