Broadstairs Cricket Club’s 1st XI’s season got off to a perfect start with a crushing 95-run victory over Upchurch in a rain-delayed 25-over match.

Winning the toss and electing to bat first, skipper Alex Hogben and fellow-opener Jamie Dewell took a few overs to acclimatise to the blustery conditions reaching a relatively sedate 32-0 off the first 6 overs.  The pair then put on a further 70 runs over the next 8 overs before Dewell was bowled for 61. 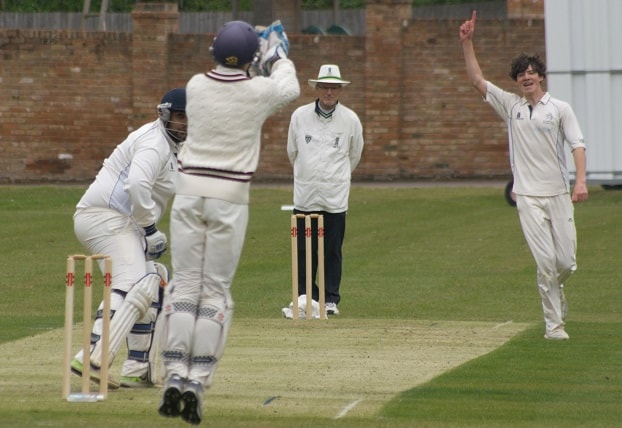 The second and third wickets fell within the next 4 overs with both Hogben (41) and Matt Hardy (13) offering-up catches that were smartly-taken in the swirling wind. This brought Harry Carter and Nathan Fox to the crease and with the score at 124-3 and 7 overs remaining, the game entered a different phase. The two teenagers batted with impressive freedom and showed a level of understanding with their running that had been built over years together playing junior cricket. Together they added a further 77 to the score in 6 overs before Carter was run-out for 41 off 27 balls, sprinting for a second run in the final over.

George Kidd joined Fox at the crease for the remaining few balls, hitting a single from the off, allowing Fox to finish off the innings. This he did in the swashbuckling style that he had adopted throughout the innings, hitting the third of his sixes and finishing on 55 off just 21 balls. The hosts ended on a mammoth 211 and effectively put their seal on the match before the second inning had even started. 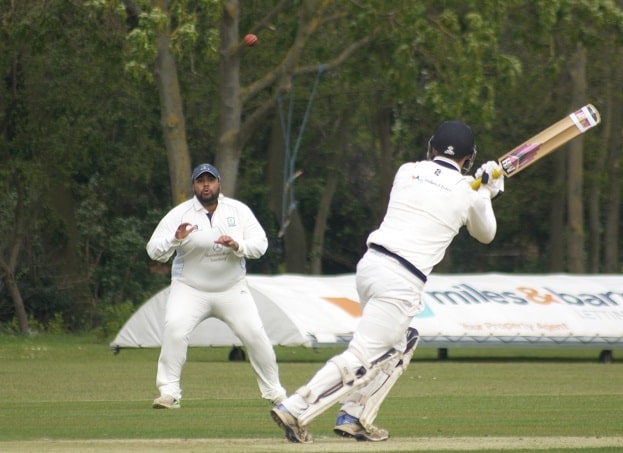 The Upchurch reply faltered from the start with Bradley Ellison claiming his first of two wickets in the opening over. The efforts of the pace bowlers Masoud Rangin , Chris Flint and Carter went unrewarded but with pace-off, George Kidd (1-17), Chris Kidd (2-15), Jamie Dewell (1-20) and Ellison (2-14) made regular dents in the Upchurch innings. Notable highlights include two sharp catches by ‘keeper Tom Marshall and an astonishing diving catch at deep extra cover by Carter that rounded-off his excellent day.

The win gets Broadstairs’ season in Division 2 of the Kent League off to a flying start and they will hope to reproduce the form and outcome when they travel to Tenterden next week.