The festival will open with the UK premier of Adverse, starring Mickey Rourke, and will be dedicated to Ramsgate artist Dominic Grant who sculpted the festival’s Anchor Bronze statuette.

The Festival will honour his memory by showing a video about the making of the statuette, which will bear his name at the opening night. All donations received from bookings for that night will be given to the George IV statue project. Dominic wanted to see his statue of George IV installed at Ramsgate Harbour for this year’s 200th anniversary celebration of its royal status.

Dominic spent almost two years working on the sculpture which he gifted to Ramsgate. The  life-size model still needs to be cast in bronze and his family have set up a JustGiving page to which the festival also wants to contribute.

The ceremony will be followed by the UK premiere of Brian Metcalf’s Adverse, the opening film and first to compete for the Anchor statuette – now renamed Dominic’s Anchor.

The film features Mickey Rourke, Thomas Ian Nicholas (American Pie) and Sean Astin (Lord of the Rings), to name but a few. Unfortunately, Brian and the cast had to cancel their trip to the UK for our opening night due to the Covid19 pandemic.

Festival director Sylvie Bolioli said: “It is such a shame but there are still too many uncertainties and restrictions, but we look forward to their involvement in this year’s festival.”

The festival will again be taking place online on its own custom designed platform Ramsgate Digital Cinema.

Sylvie said: “The success of our 2020 virtual edition proved that despite adversity, when there’s a will there’s a way. 2021 is even more significant as it is a testimony of how artists worldwide have overcome challenges to produce astounding and diverse work.”

The final selection offers films of a variety of genres from 45 different countries in nine different categories. The lovely Brenda Blethyn, also Patron of the Festival will pick the best work by a first time Director, who will be awarded the Prize in her name.

The festival will close with the UK premiere of Tonton Manu directed by Patrick Puzenat, and Thierry Dechilly, a documentary featuring the life of Manu Dibango. 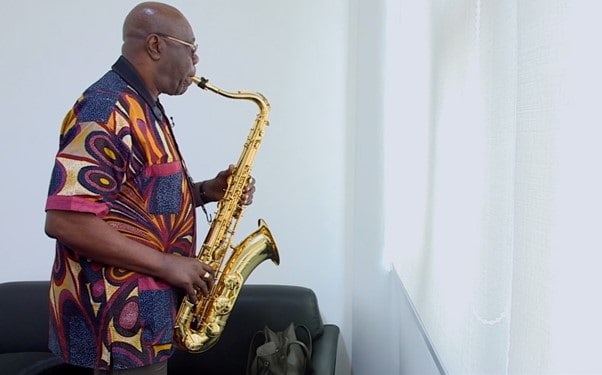 The curated programme Sub-Saharan Africa: an open window presented in partnership with TidPix, will give digital festival goers the chance to discover up-and-coming talents and pioneers from South Africa, Sénégal, Ghana, Zimbabwe, Uganda, Kenya and Nigeria including co-productions from Germany and Austria. The programme will be completed by a discussion between talents and professionals of the industry facilitated by the curator on the new film streaming distribution models and the opportunities and new challenges for African cinema.

The festival will showcase filmmaking which appeals to all ages with the inclusion of a special Youth Program. Divided into two sections, films aimed at eight to 14-year-olds, and those aimed at 15 to 18-year-olds, the Youth Program offers a wide variety  ranging from animations to teenage dramas. All the films were selected with the help and feedback of a specialist youth panel with members of varying ages.

The festival is also partnering with the Kent Film Foundation which is screening its own COVID challenge competition at the festival. The initiative is a collection of local films that explore the challenges and hardships of the pandemic with great creative flare. These inventive films are available to stream on the Strangelove platform at: https://vimeo.com/showcase/8418169

The festival is also hosting the first Fight Back Film Awards which celebrates filmmaking made by and telling stories about veterans.

Being in the armed forces is often a very harrowing experience which can cause veterans to suffer from serious mental health issues. The FBFA champions veterans who have dealt with their trauma by turning to the art of filmmaking and have created stories which explore their experiences of war.

These unique film awards will take place on June 19-20 on the Ramsgate Digital Platform.

Not only does Fight Back show films made by or involving ex-service men and women, but the organisation also offers workshops and talks to encourage more veterans to get involved in filmmaking. These events are made possible via collaboration with Euroscript and Bravo 22 Company via Royal British Legion and The Drive Project.

All the films are free to view. The festival runs from June 3-6.

Go to https://ramsgateiftvfest.org/ for details