Children at Newington Community School in Ramsgate have a new challenge – believe the impossible.

This term all girls and boys from Nursery through to Year 6 are unleashing their creativity through this whole school topic.

They will explore how incredible and wondrous the world is, where unbelievable things happen, over and over again, and only seem impossible, until they look more closely.

As part of their learning, children will be exploring curiosities and phenomena of the world around them and will be pondering the power of magic and illusion that makes things seem impossible.

They will also be finding out about significant people who have achieved remarkable things and how positive change can come from unbelievable and impossible times. 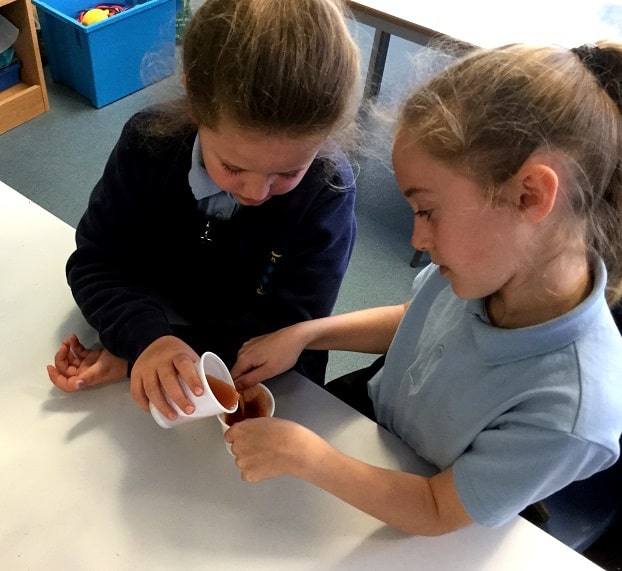 As part of the Science work around the topic, Year 4 are been learning about the space travel and the incredible feats of discovery humans have achieved.

Teacher Dr James Green, who is also supporting the Science learning across year groups, said: “We were lucky enough to get a sample of ‘Mars soil’, and we compared this to the soil we have on Earth.

“Pupils are using investigative and communication skills to describe the differences and possible reasons for them. “They also used scientific techniques to further examine the Martian soil to see if it could uncover some of the mysteries of Mars – what are these strange crystals growing from their samples and could this be some proof of life on Mars?” 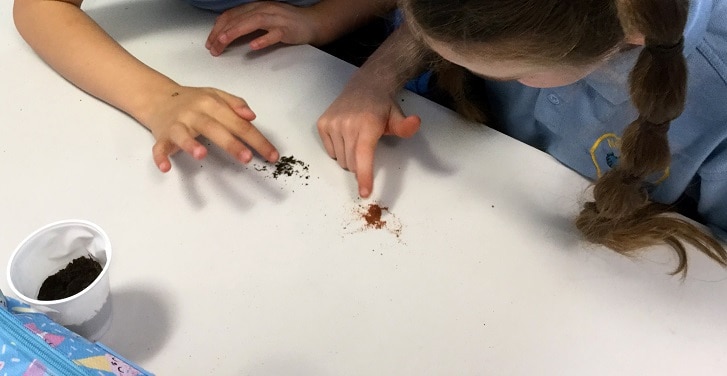 Children of all ages have already witnessed the illusions of magician Magic Al who enthralled as he separated interlocking rings, juggled with clubs, twisted balloons and encased volunteers in an enormous bubble. He even managed to climb into a giant balloon, before then bouncing around, leaving his audiences astounded. 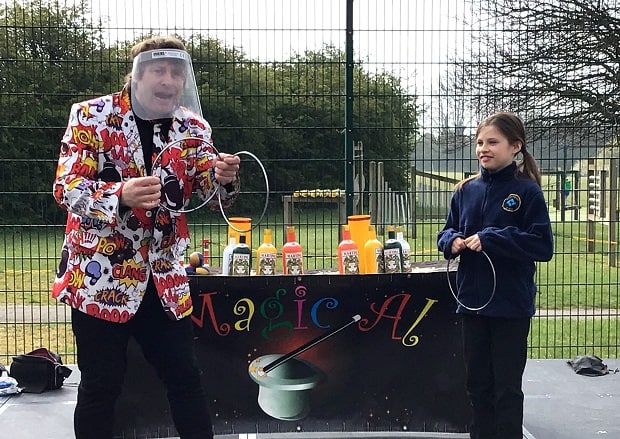 Across the school the exploration continues – Year 1 are looking at natural wonders such as the lifecycle of a frog and the resurrection plant.

Year 2 and Year 5 are finding out about the importance of bees, researching how they build their hives and what we can do to assist their survival.

Year 3 are focussed on a host of animal behaviours that are spectacular, such as the great migration of birds and camouflage.

Year 6 are looking at the wonders of giant construction, such as how a bridge manages to hold so much weight. 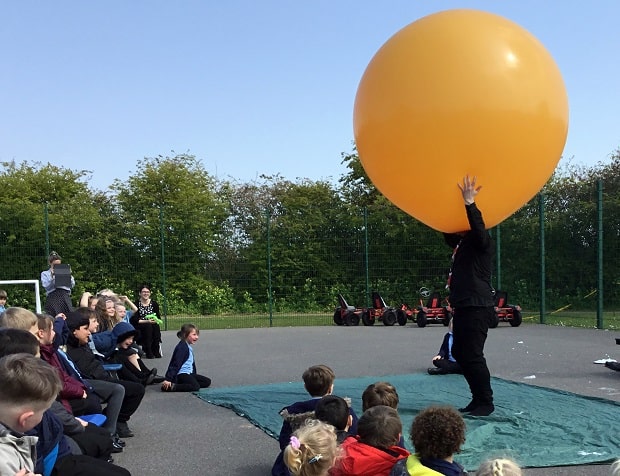 Throughout the term, all children and adults will be putting together a musical performance consisting of dance and drama in their class bubbles. This will be made into a whole school film for children and families to watch and enjoy at home.

Term 5 is always a highlight of the school year for everyone at Newington as it would usually be when the whole school travels to London to see a West End show that forms the foundation for all learning through the study of the arts.

Head Teacher Cliff Stokes explained: “This Newington tradition is underpinned by the collaboration of our whole school community, and is indicative of what makes us unique and special as a school.

“With a trip to London not possible this year, we wanted to find a way in which we could still keep the essence and meaning behind our term 5 curriculum alive.

“We have set our children a challenge where seeing is believing – and so far they have grasped it wholeheartedly and are delving deep into their quest to believe the impossible.”