A referendum relating to the Broadstairs & St Peter’s Neighbourhood Plan will be held tomorrow (May 6) as residents go to the polls for the county and the police and crime commissioner elections and district/town by-elections.

The question which will be asked in the referendum is ‘Do you want Thanet District Council to use the neighbourhood plan for Broadstairs & St Peter’s to help it decide planning applications in the neighbourhood area?’

The neighbourhood development plan has been produced by a sub-committee comprising of Broadstairs & St. Peter’s Town Councillors and members of the community, using data from extensive community surveys. It has been impartially examined by an Independent Examiner.

Having a neighbourhood development plan will benefit the area as it contains policies setting out how development should be for the town.

Copies of the referendum version of the Neighbourhood Development Plan are available on the Town Council website, the Thanet District Council website and in hardcopy at the local library. 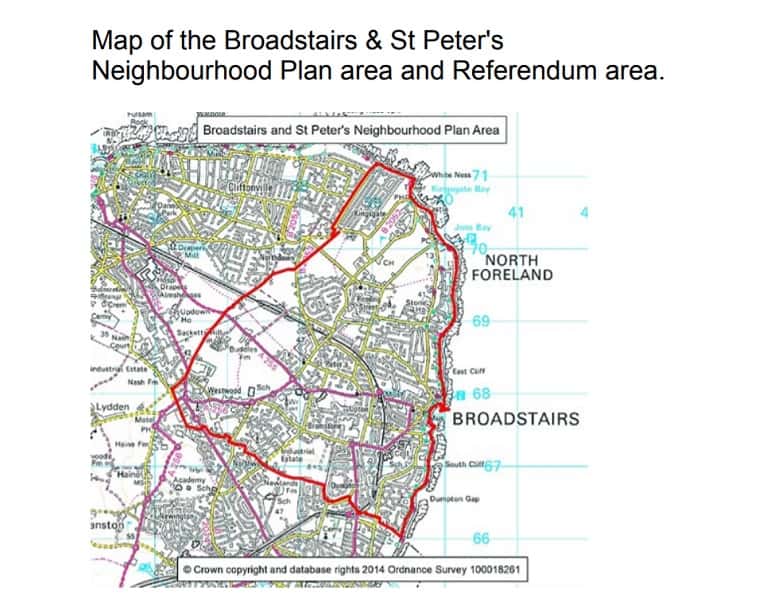 A person is entitled to vote in the referendum if:

The number of people entitled to vote in the referendum has been calculated at 19,551.

The relevant neighbourhood  documents are available for public viewing on Thanet District Council’s website at: https://ww.thanet.gov.uk

The specified documents are: