She was born May 4, 1920 at 6 Park Place in Margate. Gladys also  remembers living in Byron Avenue with parents George and Louise.

Gladys says she loved to pull pint behind the bar for her customers when she worked at the Belle Vue in Margate and at Nayland Rock. She also worked at the Seabathing in a small bar they had. 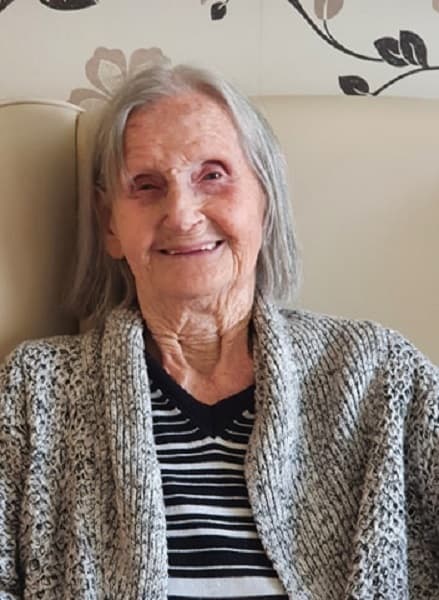 Gladys never married because she didn’t want “all that fuss” and doesn’t have any children but loves her nephews and wives Steve and Margaret, Bob and Jackie and Richard and her other relatives.

Gladys says her idol was her mum.

She says has reached her amazing age by working hard and, at times, had three jobs.

Gladys adds, with a cheeky grin, that she also liked making lots of money.

Asked what one thing is the most special to her, Gladys said: “I love to be around people but my family are my world.” 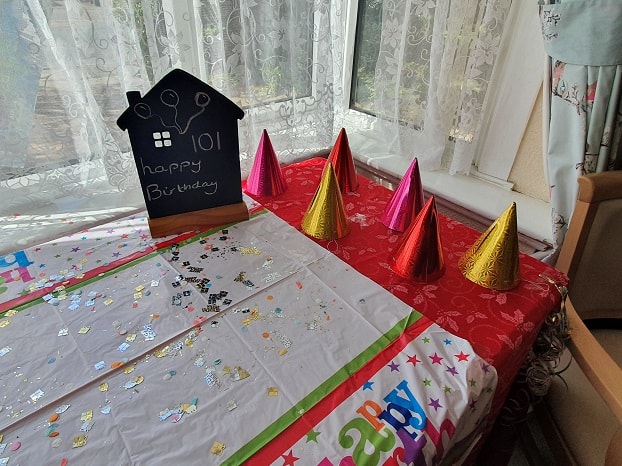 Gladys, who is a resident at Redcot Lodge in Margate, has celebrated her day with a window visit with her family, gifts including flowers and her favourite Daim bars and a cake made for her by her niece.

She is also due to have a party with residents at tea time.

The monarch was King George V

The Prime Minister was David Lloyd George with the Coalition.