For Ramsgate dad-of-three Michael Isaacs a trip to the shops has become an ordeal due to face coverings making it impossible to lip read and many stores not having basic steps in place to aid hearing impaired customers.

Michael, 38, has suffered hearing problems since the age of five and this has become progressively worse over the years.

The stay-at-home dad says he backs the use of face covering to keep people safe in the pandemic but says businesses must make changes – even small efforts such as having a notepad and pen – to allow those in the hearing impaired and deaf community to be able to access services equally.

Former primary school teacher Michael is dad to three boys, aged three, nine and 11, and says the two eldest often help when the family are out.

He added: “My wife Lindsey often deals with phone calls on my behalf, in addition to working full time, and has learnt some Makaton to improve the way we communicate in our household. I was a primary school teacher for seven years but had to medically retire due to ongoing Crohn’s disease and hearing loss.

“I have had hearing problems since the age of 5 and frequent infections caused irreparable damage to my ears, particularly my left where there is profound hearing loss. I am sensitive to loud noises, prone to ear infections due to a suppressed immune system as a result of Crohn’s treatment, and I have had a lot of past operations including grommets and perforated ear drum repair.”

“I am asking retailers in Ramsgate to make their stores accessible for deaf people and those with hearing loss – during the COVID-19 pandemic and beyond.

“Visiting shops fills me with dread.  I wear bone conductor hearing aids. Before the pandemic I relied heavily on lip reading as I couldn’t wear in ear hearing aids as I was prone to infections due to a low immune system as a result of ongoing treatment for Crohn’s disease. 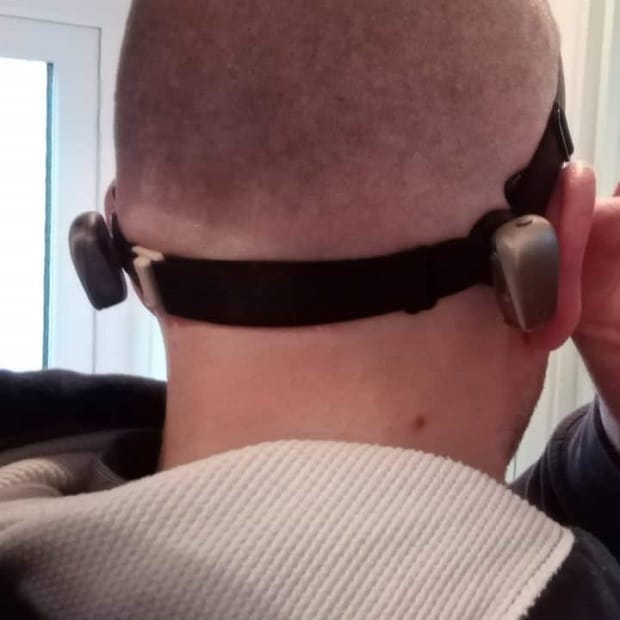 “As an alternative I was provided with a temporary body worn bone conductor hearing aid whilst I await surgery for a permanent bone anchored device which will hook onto an implant attached to my skull.

“ My temporary body worn bone conductor hearing aid provides some help with my hearing but I still struggle with understanding what is being said if people do not speak clearly whilst I attempt to lip read.

“When the pandemic arrived and compulsory mask wearing was introduced my hearing difficulties increased considerably. I totally support mask wearing as I it plays a vital role in protecting us from the potential threat of contracting covid 19. However, a year down the line the deaf and hearing impaired community are still facing great difficulties with understanding what mask wearers are saying as lip reading is impossible and speech is muffled.“

Michael says the difficulties mean that he now suffers panic attacks when he has to go shopping because it is impossible to hear and understand what is being said to him.

He added: “I get the impression that many shops do not make the effort to raise deaf awareness amongst their staff. Something simple like having patience carrying a small notebook and pen would go some way to rectify this.

“I am only qualified in level 1 BSL (British Sign Language) as I cannot afford to pay for the other levels, which means that other options must be available to avoid both financial and health discrimination.

“Basic staff training and visual awareness, such as signs to indicate shops are deaf aware,would go a long way to helping the likes of myself feel less fearful and apprehensive about visiting shops.” 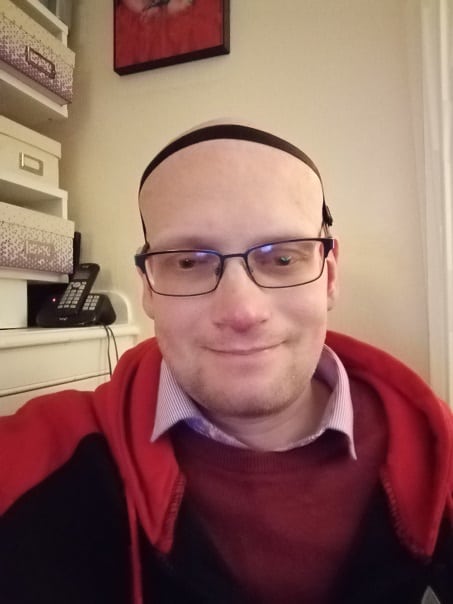 Michael is due to undergo two lots of surgery but the waiting list is long due to the pandemic. The first surgery is to repair a perforation in his right ear drum and the second is for bone anchored hearing aids to be fitted.

He is supporting the Royal National Institute for Deaf People charity in its Access for All in Retail campaign.
Since the widespread use of face coverings in public settings, nearly two-thirds (64%) of the people who responded to an RNID survey said they have avoided going to public spaces due to communication difficulties.

Michael said: “Given that face coverings are likely to be with us for some time it is important that retailers understand the guidelines and exemptions, and are doing all they can to remain accessible.

“If Ramsgate is to flourish during and after the pandemic then our shared spaces need to be accessible to everyone.

“I am urging the retail industry to make stores accessible for the 12 million adults in the UK who are deaf or have hearing loss, so that I can go shopping in Ramsgate without fear of facing unnecessary communication barriers, or being met with a lack of understanding and awareness.”