Year 5 at St Laurence-in-Thanet Junior Academy in Ramsgate have taken part in a UK Parliament webinar.

Dawn and Kate, who work in the Houses of Parliament’s education department, taught the children about how laws are introduced and debated in the House of Commons and House of Lords.

After a tour of the two houses, Dawn and Kate challenged the two classes to a debate around the proposed new law “Should diesel and petrol cars be banned?” 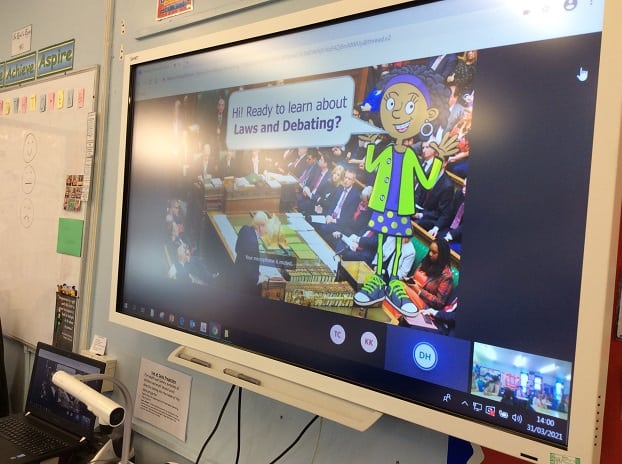 They taught the children that “aye” meant “yes” in Parliament and about how MPs shout “Here, here” when they agree with something someone has said. The children also perfected their grumbles of disapproval when they heard something they disagreed with!

Townley Class were the governing party, campaigning for an outright ban on polluting cars, whilst Dickens Class were the opposition, raising objections and challenging the government. Would electric cars be affordable for all? What would happen to those working in the petrol industry? Having considering all the arguments for and against, the votes were cast and the ayes had it – petrol and diesel cars would be outlawed subject to two amendments proposed by class teachers Baroness Manson and Baroness Mountjoy, who were representing the House of Lords. 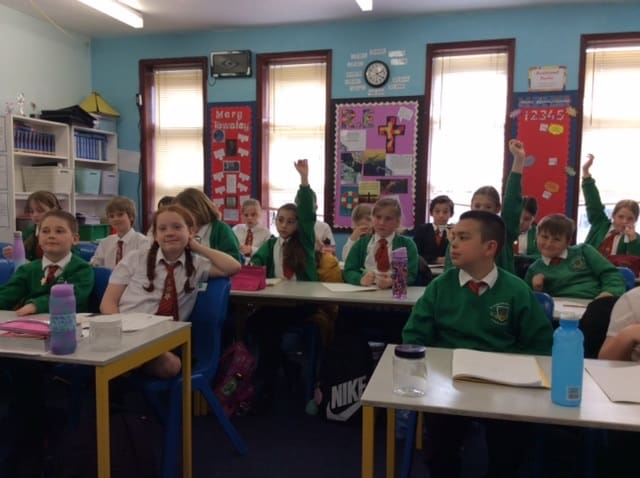 The event was organised to help the children learn more about the rule of law in Britain and as part of the school’s commitment to teaching British Values.

Mrs Manson said, “The children took their roles very seriously, considering the different impacts that their proposals would have on the greater public. It was brilliant having experts from the UK Parliament talk directly to us. I think myself and Mrs Mountjoy are quite keen to keep our Baroness titles as well!”

As well as a serious look at democracy, the children learnt some fun facts about law, such as it’s illegal to carry a ladder or plank of wood on the pavements of London!