Who doesn’t love spotting a rabbit hopping through long grass during a walk across the fields, parks or even on the roadsides of Thanet?

This month lots of people will be celebrating Easter, but why do we associate Easter with eggs and rabbits?

Well, Easter is celebrated over spring and that’s the season of new life. During spring, rabbits often give birth to a large litter of babies (called kittens) therefore, they became a symbol of new life.

Legend has it that the Easter Bunny decorates and hides eggs because they are also a symbol of new life.

Rabbits are not actually native to Britain they are native to Spain. The Normans brought them here in the 12th century for their fur and meat but many escaped into the wild.

Rabbits eat virtually any vegetable matter, breed really fast and persecution of their predators enabled rabbits to slowly establish themselves in the wild.

Over time, rabbits became so widespread that farming them was no longer economic. The male rabbit is called a ‘buck’ and the female a ‘doe’, ‘does’ are generally able to breed at a young age (4 months) and many regularly produce litters of up to 7 kittens, often doing so 4 or 5 times a year. 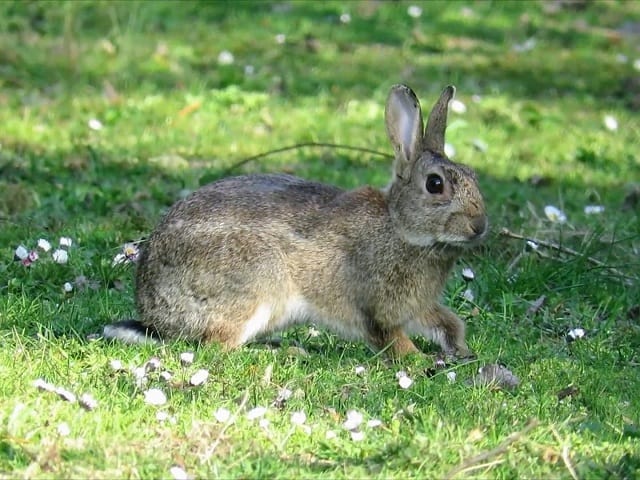 Today, rabbits are among our most common and widespread mammals. They live in a system of burrows called a ‘warren’ which can be 1 – 2 metres long! Warrens keep them safe from predators such as, foxes and birds of prey but it does not keep them safe from weasels or stoats.

When out from the safety of the warren rabbits have to continually keep their ears and eyes up to watch out for predators. A rabbit’s vision field is almost 360 degrees, this is due to their eyes having a slight bulge and being located high on the sides of their head.

Their hearing range can be up to 1.8 miles away. Rabbits can even swivel their ears independently of each other to capture sounds from specific direction. Rabbits spend a lot of time eating and their teeth grow continuously, the top front teeth grow at a rate of 3mm a week. They also have an unusual digestive system, food is passed through their gut and special droppings, called ‘caecotrophs’, are eaten by the rabbits allowing the food to be re-ingested. 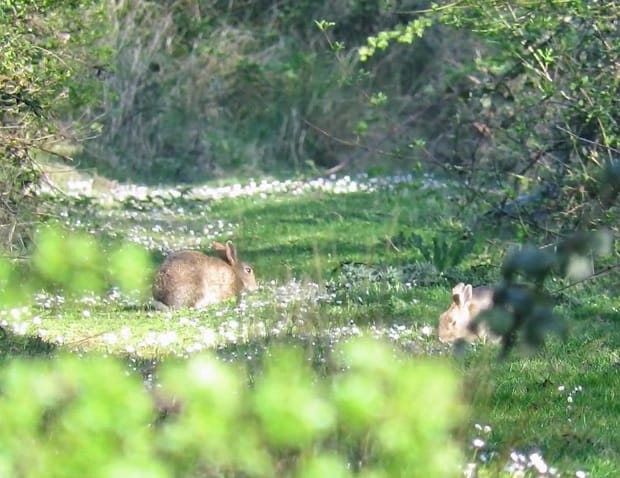 If you want to see some real wild Easter bunnies some of the best places in Thanet to go to are the fields and surrounding area of Manston airport.