Twelve Thanet organisations will share grants totalling £740,407 in the latest round of awards from the Culture Recovery Fund.

The Department for Digital, Culture, Media & Sport has today (April 2) announced that more than 2,700 cultural and creative organisations across the country are to receive a share of more than £400 million in grants and loans.

This includes more than £300 million, which has been awarded in grants through Arts Council England, Historic England, National Lottery Heritage Fund and the British Film Institute.

Another £81 million has been offered by DCMS in tailor-made loans for cultural landmarks.

In Thanet the recipients are:

A further award of £26,369 has been made to The Palace Cinema in Broadstairs via the British Film Institute.

On facebook cinema bosses Corinna Downing and Simon Ward say: “The BFI has awarded the Palace additional funding to support Broadstairs’ special cinema as it gets up and running again. We’re small but one of many: 40% of the UK’s cinemas are local independents and 200+ of them have received this CRF funding.”

The POW! festival will be using the funding to support year round projects focused on providing opportunities for young people and the local community, as well as expanding online reach in an increasingly digital world. 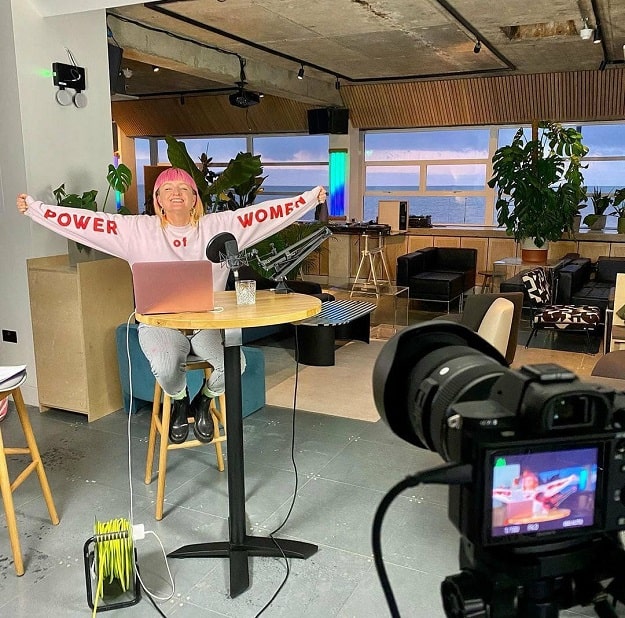 Artistic Director Amy Redmond said: “We are over the moon to know we can continue developing and nurturing our POW! Youth project, extend our podcast production and social media, develop a community dance project and more after receiving funding from the Cultural Recovery Fund. The need to support women and girls has never been more vital and we can’t wait to get these projects in action.”

The eight woman team of POW! Say they are incredibly grateful to receive this important funding at a time when the arts industry is beginning the long process of recovery post-lockdown. 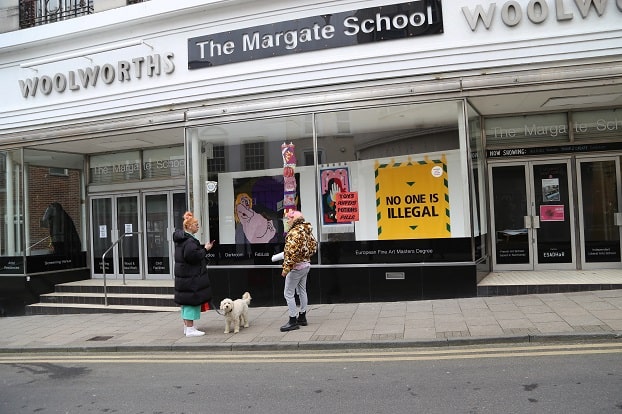 Uwe Derksen, founder and director at The Margate School, said: The Cultural Recovery Fund comes at a crucial moment for our School and creative hub development right in the heart of Margate. The funding will allow us to build on our achievements offering the only European Masters degree in Fine Art in the country with our partners L’École Supérieure d’ Art et Design Le Havre-Rouen, having MA students graduating for the first time in Margate and being the first creative organisation to offer creative apprenticeships in Margate.

“We hope that post lockdown we will again welcome similar visitor numbers to our exhibitions and community events as we did in 2019 and early 2020, which were around 16,000 visitors. We believe that this funding will also actively and implicitly support the Arts Council strategy Let’s Create by improving and diversifying access to a quality arts experience and grounded creative cross-disciplinary practice.”

Broadstairs Folk Week is a registered charity and not for profit organisation. The grant will be used to support the festival to ensure that it takes place in a safe environment. Folk Week usually takes a year to organise and this grant will help with operational costs that otherwise organisers would not be able to finance as they have lost a year of ticket and fund-raising income.

“We would like to thank all our loyal supporters who have continued to become Friends of Folk Week and make donations to the festival and this award from the Cultural Recovery Fund shows that Broadstairs Folk Week is valued by the Arts Council England as an important contributor to the arts in England.”

For 14 years, 1927 has worked across theatre and opera to craft multi-award winning productions of ambition and scale that synchronise performance and live music with handcrafted animation.

Over 1 million people in 46 countries have seen 1927’s work, across 6 continents. After a year of cancelled touring, this grant will support  1927 to restart its Live Performance programme, enabling the Company to commission and contract freelance creatives to develop a new large scale 1927 Theatre show for premiere in 2022.

Jo Crowley, 1927 Executive Producer said: “This grant provides 1927 with a vital injection of resource to support our freelance ensemble of performers, technicians and production specialists to revive our curtailed theatre show Roots for touring later from this year and to commission artists to develop new work. This commissioning, creation and production activity ensures we can invest in creative talent, employ our freelance collaborators, rebuild earned income and vitally will ensure 1927 can stay connected and reach audiences in the UK and internationally.”

Today’s announcement brings the Government’s total investment across grants, capital and repayable finance from the Culture Recovery Fund so far to more than £1.2 billion across over 5,000 individual cultural organisations and sites.