Work is continuing to clear tens of thousands of tiny polystyrene pieces that have been dispersed and washed up on the Western Undercliff on the high tide – with fears six more blocks laying in the heart of Sandwich nature reserve will also break up and damage the environment.

The lump, described as “about half the size of a car” was washed in on the high tide and southwest winds.

Nik tried to clear it off the beach but was defeated by its size and weight so called in help from fellow wardens Sam and Greg Bessant and Keith Ross who tackled the block and debris the following day.

Residents Trevor Cooper and his wife also came across the mess and tried to help the wardens. They put out a call on the Thanet and Sandwich Coastal Finds facebook page.

The pieces bagged up by the volunteers and the remnant of the 8ft by 5ft block were later removed by Thanet council staff.

However, there are still pieces scattered along the entire beach stretch  and the source has been identified as coming from under a pontoon where there are several more blocks that are at risk of breaking away.

Thanet council, the Environment Agency, Kent County Council, Kent Wildlife Trust and the counter pollution and salvage officer from the Maritime Coastguard Agency have all been notified.

Hundreds and thousands of small beads of polystyrene are now floating in the natural environment and affecting the Sandwich & Pegwell Bay National Nature Reserve.

Ramsgate photographer Rebecca Douglas (pictured) was horrified by the pollution when she visited the Western Undercliff today to help with the clean up effort. 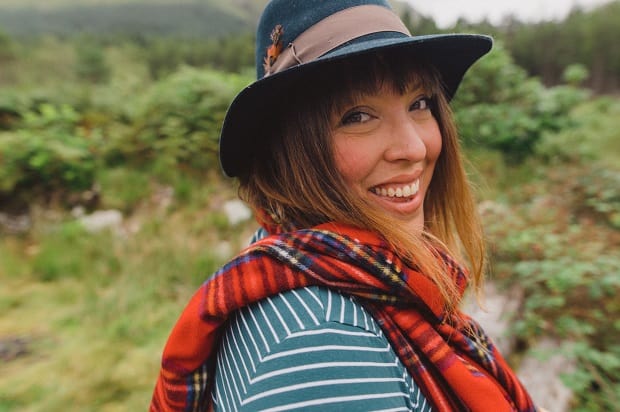 The nature lover, who is an experienced Arctic and Sub-Arctic traveller capturing visual stories across Iceland and Norway, said: “This stuff is absolutely everywhere. When I arrived it was all over the road, the steps, clinging to algae on the wall, in every nook and cranny , in the tidal pool, completely entwined in the seaweed and where the waves touched in at high tide. All of the sea fauna that has been left on the tide line is completely engulfed in this polystyrene nightmare.

“I had taken a sieve with me and some bin bags and set to work clearing as much as I could carefully skim, returning as much sand and organic matter onto the beach as I could. The tide was coming in fast and  I could see more polystyrene being delivered to the beach as the waves pushed in.

“I managed to skim one section of beach and filled two bags with what I’d collected. It is an utter disaster and I don’t see how on earth it is going to be cleaned up.

“That beach has been my sanctuary through lockdown to swim and paddle board and I feel  called to protect it.

“I know it is the tip of the iceberg, but at least my hour of effort stopped two bags of this awful stuff being returned to the sea and marine life and birds consuming it, mistaking it for food.” 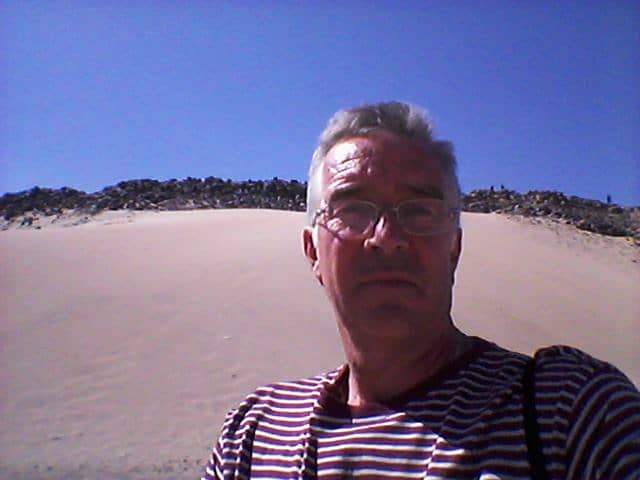 Ramsgate councillor Tony Ovenden, who is a coastal warden also, joined the clear up effort today.

He said: “There are two pontoons ashore at the Sandwich side of the river.. They are concrete pontoons and were originally kept afloat by blocks of sealed polystyrene.

“There are six blocks remaining, three under each pontoon. The polystyrene is breaking down and the eventual weight of the concrete pontoon will crush it. Doing the maths of the amount of polystyrene left under the pontoon allowed to breakdown, it amounts to an environmental disaster.

“The pontoons could not be in a worse place. It is right in the heart of the nature reserve and the nesting season will be starting soon. Logistically even if mechanical equipment could be used to shift the pontoons it would be a difficult call. At present the site is at the mercy of the elements.

“The pontoons came ashore during the current lockdown in January in a restricted area where human activity is banned. The first anybody knew of this in Thanet was the snowy scenes of broken down polystyrene balls at the Western Undercliff plus the large lumps.

“It will need the relevant authorities to work out a strategy to avert a natural disaster in a national nature reserve.

With the tourist season soon approaching some of our local beaches could be hit. To prevent this we must all work together.”

Nik, who runs the Wildlife Conservation in Thanet facebook page, says Kent Wildlife Trust and the Sandwich harbour master are clearing the blocks at the source.

He added: “I have been overwhelmed with the amount of people who have been down to help, that has been incredible.

“We cannot clean all of it but we have certainly done an incredibly amount.

“The way it affects marine life is because of the chemical compounds, they can stunt growth in juveniles, affect fertility and there are links  with cancer.

“When sea creatures and birds eat the polystyrene it blocks up their stomachs and gives them a false sense of fullness.

“Kent Wildlife Trust and Sandwich harbour masters are on it and clearing the source. Progress is being made, and being made fast.”

She said: “It’s actually a huge problem. It’s beyond ‘litter’ it’s pollution and it has a hugely, long-term damaging environmental impact. We need more resources urgently to deal with this and also to deal with the potential for yet more to be washed up.

“There’s a huge community effort and both TDC and RTC are deploying staff to undertake a clean up. KCC is responsible for the outstanding Environmental Impact Assessment (at the port) and this pollution will have a significant impact.”

Rebecca has appealed for anyone who has time to spend outdoors and is able to, to go armed with sacks and hand sanitiser to help clear the debris.

A request for further information has been made to Thanet council and the MCA.