Thanet Coastal Wardens sprung into action this weekend when a huge polystyrene pontoon washed up in Thanet, shedding thousands of tiny pieces across the Western Undercliff beach.

The lump, described as “about half the size of a car” was washed in from Sandwich Bay on the high tide and southwest winds.

The mess was spotted by coastal warden Nik Mitchell on Friday. He tried to clear it off the beach but was defeated by its size and weight so called in help from fellow wardens Sam and Greg Bessant and Keith Ross who tackled the block and debris the following day. 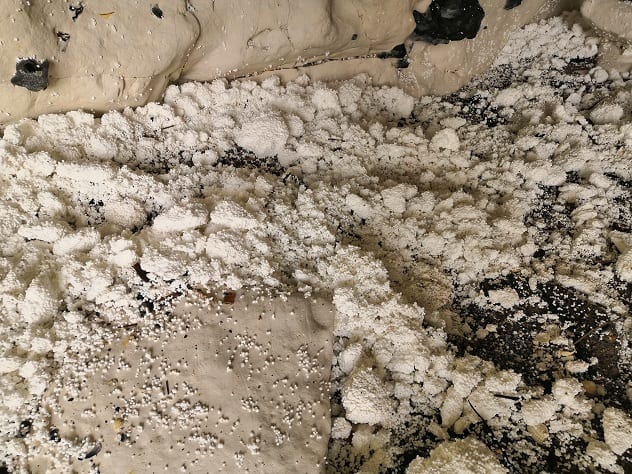 Residents Trevor Cooper and his wife also came across the mess and tried to help the wardens. They put out a call on the Thanet and Sandwich Coastal Finds facebook page.

Nik, from Minster, said: “Due to the high winds and sheer weight of the object I was unable to get it off the beach on Friday and with every high tide it was being smashed up against the cliff, breaking down into millions of pieces of polystyrene balls. 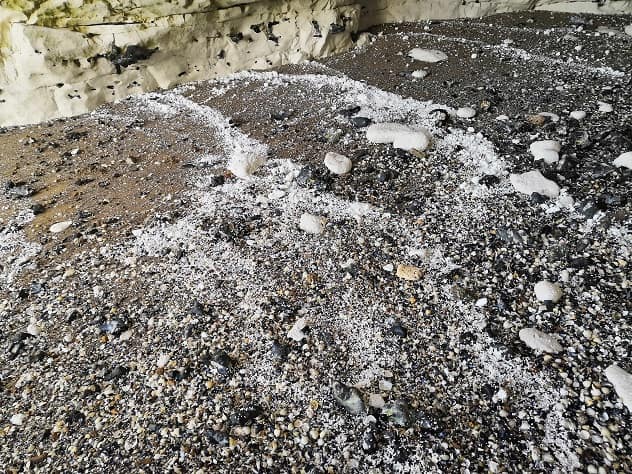 “It was a mini ecological disaster, smothering the coastline and the sea caves like snow. It even covered the ceilings of the caves. 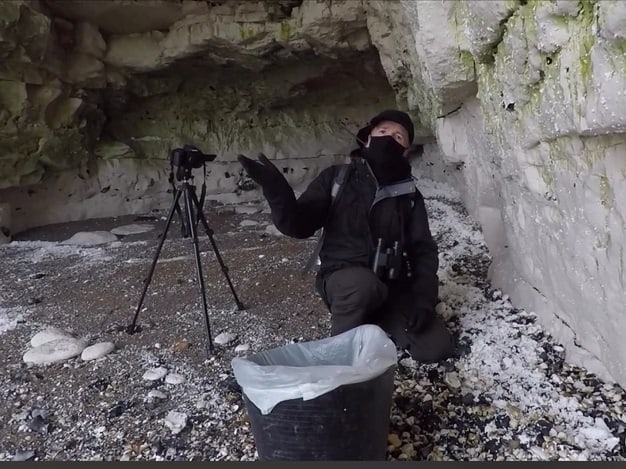 “Together with three other volunteers Sam, Greg and Keith we headed down there are at low tide on Saturday and cleaned up as much of it as we possibly could.” 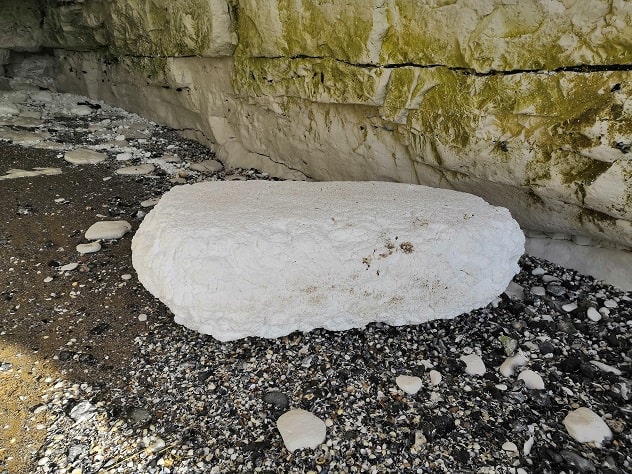 The pieces bagged up by the volunteers and the remnant of the 8ft by 5ft block were later removed by Thanet council staff. However, there are still pieces scattered along the entire beach stretch and Nik is urging anyone who goes for a walk that way to take a bag and help with the clear up. 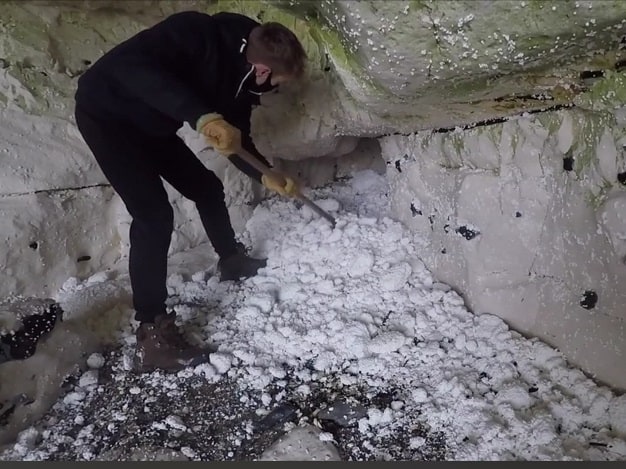 Nik, who runs the Wildlife Conservation in Thanet page, said: “I’ve been back this morning to collect more but there’s still quite a lot of polystyrene there so if anyone has the opportunity it would be great if they could get down there to collect some. However, do be aware of the tide as it’s high and the pieces are quite fine so tedious to gather.

“Plastic pollution in our seas has to be taken very serious so immediate action was necessary. It’s  scary that one simple block of polystyrene washing up on our coast can cause so much of a problem and be so hard to sort out.”