A Ramsgate resident is asking people to take their exercise this evening while also paying tribute to Sarah Everard, whose body was found in Great Chart this week following a huge missing person operation.

Women, girls, boys and men are invited to walk by the tide mast at Sion Hill in Ramsgate, from 5.30pm onwards, and to place a candle, flowers or a show solidarity, such as a message tied to the railing. This will be photographed and shared.

Sarah had been at a friend’s house in Clapham on the evening of Wednesday, 3 March. At approximately 9pm she left  and began walking to her home address in Brixton. She had not been seen or heard from since then and a police operation was mounted. On March 9  officers arrested a man at an address in Deal  in connection with the disappearance of Sarah.

Wayne Couzens, a Metropolitan Police officer, has since been charged with the kidnap and murder of Sarah and was remanded after appearing at Westminster Magistrates’ Court today.

The 48-year-old served in the Parliamentary and Diplomatic Protection Command.

A woman aged in her 30s, who was arrested at the same time on suspicion of assisting an offender, has been released on bail to return to a police station on a date in mid-April.

Following the arrest many women spoke out on social media about safety fears.

A vigil had been due to take place at Clapham Common bandstand in south London but Met Police reversed its position on allowing the event to go ahead due to covid restrictions. A court challenge by organisers failed and vigils across the country, including one in Margate, have now been cancelled.

Organisers have called for people to take part in doorstep vigils instead.

However, resident Emma Sophia Phoenix has now suggested the walk by ‘vigil.’ 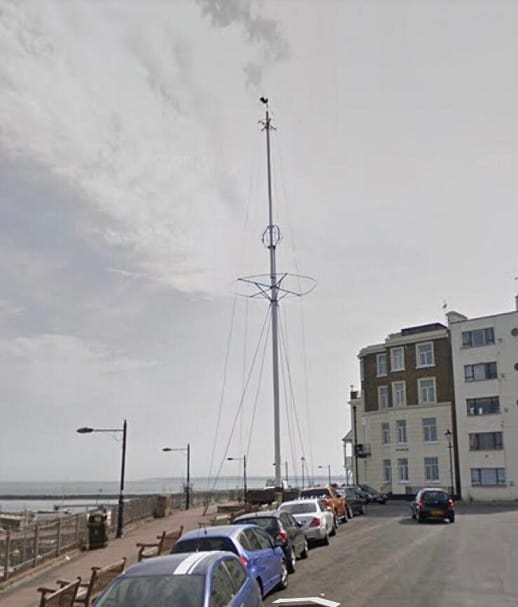 She said: “This is not a congregation and we have pressed the fact all people must be socially distanced and wear a mask in the vicinity of the Tide Mast.

“Everyone has been told to bring their own tributes and we will have hand sanitiser dotted around.

“The idea is we can still do some small act at this time as I feel very strongly that enough is enough and we don’t deserve to live in fear of getting sexually harassed, assaulted, raped and murdered.

“Met Police Commissioner Cressida Dick made a comment that women were not taken and murdered from London streets often and that this was a rarity.  I felt this was downplaying the serious situation we as women are in and face every day.

“I think her words were ignorant, if you look at the figures they are not a rarity, 97% of women have a story of assault, sexual harassment or rape. Many have multiple stories.

“The site has been chosen in Ramsgate as it was the location of a brutal rape four years ago, the attacker is now in prison. The attack took place when the street lights were off throughout the night.

“I had organised a vigil earlier in the week for Ramsgate as some women felt going to Margate was not possible. My own mum was very uncomfortable with me doing this as I would be getting a bus back alone in the dark.

“I feel I need to do this.  Sarah Everard’s disappearance and subsequent murder has, like for so many women, brought to the surface the fear I live with every day.”

Councillor Karen Constantine says the sexual crimes in Thanet are at the highest rates in Kent and has started a co-signed letter to the Police and Crime Commissioner calling for urgent action.

She said: “It’s utterly shameful that Thanet remains the sex crime capital of Kent. Matthew Scott must start to take these concerns seriously and work with Thanet women’s organisations to implement solutions – immediately”.

Cllr Constantine says she is happy to support the walk by, and is encouraging people to join the stroll.