Every International Women’s Day I consider what we’ve achieved since this time last year. I don’t think anyone can count 2020 as a normal time, but has it affected women disproportionately to men?

March 8th also marks the day schools reopen after three months of online lessons. How has this current lockdown and the pandemic in general affected women’s careers and in particular those of mothers?

Like many parents, when the government changed the furlough scheme at the end of July I had two choices – work from home around the kids or take redundancy.

As a parent of a high needs child with a keyworker partner, there wasn’t a choice. I don’t regret taking redundancy, it’s given me the opportunity to start a brand-new career, but it’s not a situation I’d have chosen.

The schools reopened in September, but it didn’t bring as many options as some had hoped.

Karla, a mother of two who lost her job in July says, “When the schools returned, ours was only open from 9am to 2pm with no breakfast or after school clubs.” This made her attempts to job search trickier than she’d imagined, especially as it was unclear how long these hours would continue. “When I spoke to potential employers they would ask when I was available from and I just couldn’t give them an answer.”

Whilst employment regulations do cover working parents, they don’t necessarily equip them to communicate uncertainty.

Ceri, a mother of four, had the option of re-applying for her old job when things started to go back to normal. However, “There were three of us who would have applied for two roles. I chose not to because it would be awkward. They knew my situation and how could I know if I could work in the autumn?”

This issue meant parents – in practice mostly mothers  – who’d left roles earlier in the year were still out of the workforce by the post-Christmas lockdown.

Many, though, had begun the process of applying for jobs or taking qualifications.

Some had been lucky enough to start a new role only to find it in jeopardy once the January lockdown arrived.

Amanda says, “I was told I was being furloughed over a male colleague due to childcare issues.”

Furloughing meant Amanda could keep her job in the long run, but was removed from the workforce temporarily as her male counterparts stayed.

A good lawyer might have argued indirect discrimination in this instance, but it wasn’t an option for Amanda. “I work in a male environment, so I’m always trying to prove myself,” she says, and of course her children would have still needed looking after.

Fiona, a mother with a special needs child says, “I had to take unpaid leave and juggle things. The usual one to one cover is not happening, nothing is being done at all. All counselling and speech and language help has stopped.”

Her child’s needs had to take priority over her job, which meant a significant reduction of income.

But what about the mothers who did stay in their roles and continued working from home from around the makeshift classrooms?

My work is all freelance now. If I don’t work, I don’t get paid. Weekdays are mostly taken up with childcare, which means I work at weekends when my partner is home to take over from me.

Sarah, who works as a civil servant, has also started working weekends rather than some workdays. Her employer has been incredibly supportive and given them the opportunity to do so.

“I’m working 45 hours plus a week,” she says, “but I’m still helping my daughter with her school stuff!”

I think as parents we’d all agree it’s a sacrifice worth making, and whilst her employer is monitoring the number of hours their team are working, they aren’t monitoring the amount of home-schooling Sarah does on top of this.

Working mothers in the past complained of ‘doing it all’ and not having a break, but I don’t think anyone ever expected it to get to this level of burn out!

Ella shares care with the father of her children, but still finds herself shouldering the majority of their home schooling.

“Their father doesn’t work Thursdays or Fridays but they’re still with me then while I continue doing a full day of work. Otherwise nothing would get done, he just can’t motivate them and doesn’t have the patience to help with schoolwork.”

Whilst many fathers do get involved with home learning, as I take another call from the school, I realise sometimes wider society just doesn’t expect this.

Bryony and her husband are both teachers. They’ve both been thrown into the impossible task of teaching their own curriculums and at the same time supporting their children’s learning.

Except, as Bryony says, “He teaches from the front room with the door shut. I teach in our open plan downstairs with three children. He does the same job with his own space, I do it whilst juggling/ shouting at the kids. It was never really a decision, just an expectation from both of us I would do this.”

Bryony’s situation isn’t unusual. Her husband is also not a slacker. It’s just become the unspoken expectation. In Ella’s example we saw, it’s often because men don’t feel they have the skillset to do so. But neither do most women.

What we’re expected to do in this lockdown isn’t home school. That in many ways is easier.

Instead we’re taking on the role of teaching assistants. 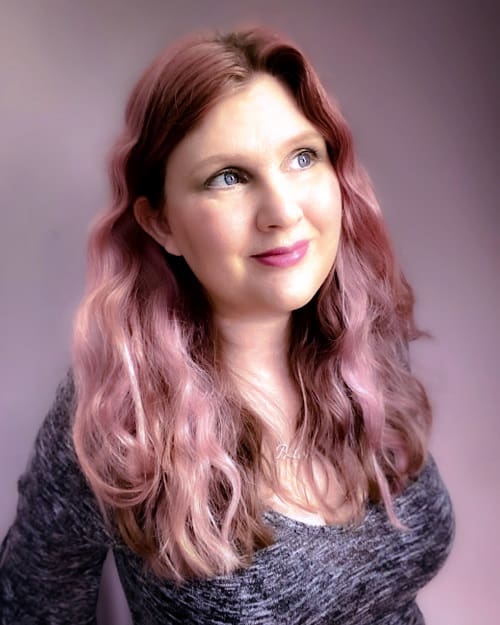 But teaching assistants aren’t just unskilled workers who sit in the corner of a classroom and say encouraging things. They’re professionals. They’ve studied the stage of the curriculum they support and have key skills your average ‘thrown in at the deep end parent’ doesn’t.

So why are fathers sometimes picking up less of the load here?

I’ve lost count how many times the schools have called me during this lockdown. But not once has my partner stopped his work to deal with anything the children need.

This isn’t because his work is more important than mine, or because he’s uninterruptible. It’s not even because he doesn’t do his fair share.

It’s because not once have either of our children’s schools called him.

It’s not just a lockdown thing. The schools never call him, and when I’ve asked parent friends they’ve said the same thing.

Which means working mothers are taking on more of the burden. Splitting their responsibilities between work and home like this means they have less time to create opportunities to ‘go the extra mile’

This isn’t just mildly annoying; it also significantly affects the amount mothers are achieving as opposed to fathers.

Amira says “My employers have been really good and encourage flexible working, but it feels like I have two jobs to manage. I don’t have the capacity to strive for the next level career wise.”

We think of this lockdown as fleeting, and something which will just pass. But the effects on women’s careers might be felt for way longer.

What happens when the next promotions or pay reviews come around and women have achieved less than men?

Like most situations which indirectly affect women, it’s not #allmen and it’s not #allwomen. But it’s enough to cause concern.

Catherine is the keyworker in her household and as such has had more freedom since the lockdown.

She says, “As a nurse leading a Covid study, I’ve been able to prove myself more at work to my bosses because I haven’t had to worry about childcare because my partner is home.”

And it’s not just working mothers who are carrying more responsibility due to the pandemic.

Sandy explains, “When my parents left hospital after contracting Covid, they needed extra help so I care for them now. With no outside services open or available, women have been left to take on extra caring responsibilities and we’ve had little choice about this,”

On International Women’s Day, it’s time to consider what we can do to try and mitigate the effects the lockdowns have had on women’s careers. 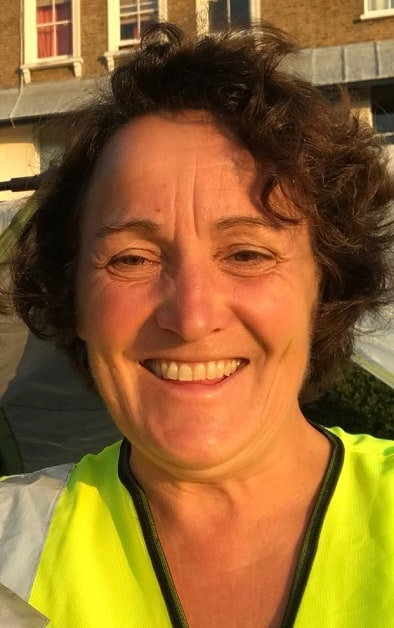 Becky Wing, Green Party Councillor for Central Harbour says, “By not fully, fairly and equally including women of all ages in all aspects and at all levels of our society, we are failing to fully realise and benefit from the potential we have within our communities, something which would be a net and positive gain for us all.”

The Green Party often leads the way when it comes to calling for social recovery solutions. One of their key messages post-pandemic is the potential positive impact on families and communities of Universal Basic Income.

Often when I bring up the subject in relation to the emancipation of working mothers, people think this is more likely to keep women in the home. By paying them not to work, many then won’t. The reality is often very different. Whilst some mothers would welcome the opportunity to home school, just as many fathers (or grandparents, or aunts and uncles, or older siblings) are happy to.

I don’t want to sit here on 8th March 2022 and wonder why we did nothing to counteract the disproportionate way the lockdown and pandemic has affected women’s careers. It’s time to start wider discussions and look for interventions.