Plans have now been submitted to Thanet council  to create a small business park at the former Hilger Analytical site at Westwood Industrial Estate which suffered a huge blaze in September 2018 .

The fire raged for more than three weeks after 16,000 bales of illegally stored recycling waste ignited.

At the height of the inferno 14 fire engines and 80 firefighters were at the scene, at a cost of more than £100k.

Mounds of ash and debris were piled up within the wreckage of the unit on Enterprise Way and a major investigation was launched by the Environment Agency, although no-one has been charged in relation to the illegal waste.

The plot was bought in 2019 by London LS and boss John O’Neill spoke to The Isle of Thanet News about the plans for the business park of around 50 units, with flexibility to create some larger units, last year.  These will offer storage for businesses such as online shops and office space.

Images have now been produced to show what the former fire-ravaged site will look like when work has been completed.

Mr O’Neill first had to have the area cleared of the debris from the fire which the former site occupant had left behind. Work started last August with a target date to finish by November. However, the huge task took a bit longer with the discovery of underground tunnels and the need for GPR surveys. The three-and-a-half acre plot was finally clear by January.

Mr O’Neill has now submitted the proposals which will appear on the planning portal when Thanet council validates the documents.

He said: “There will be small units but people can also combine them so they have a larger space. 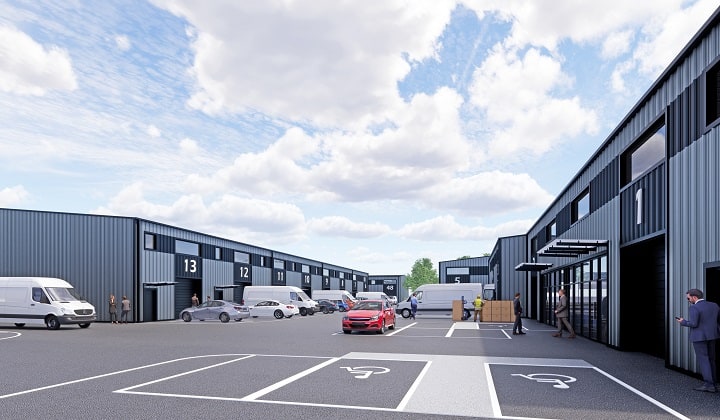 “The planning process will probably take about 16 weeks which means hopefully by the end of June we will be able to get on site and start work.”

The scheme could be suited to shops that, as they go online, need a place to function from and store stock. There will also be office space overhead.

Mr O’Neill predicts the units will be completed and in use by next year. 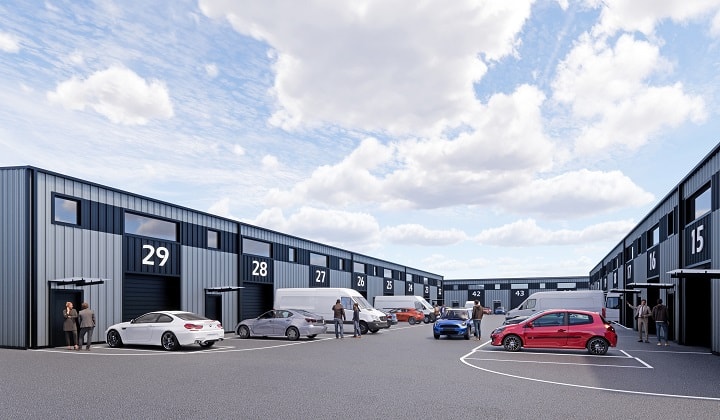 London LS has experience of renovating contaminated sites with work previously done on land in Scotland and in Surrey.